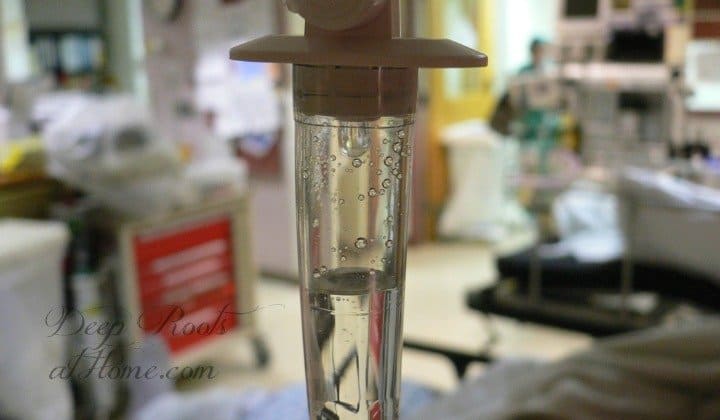 Why would you choose something that FORCES your body to expel a baby, rather than working with you and your baby?

Did you know that the package insert warns AGAINST the use of this induction when it’s not medically indicated such as a serious emergency?

We know that elective, induced labor in healthy women at term more than doubles the risk of emergency Caesarean, compared with natural (unforced) labor.

Pitocin – a useful drug that improved obstetrics and gave us options to help women in ways we weren’t able to before!

Pitocin – a very seductive drug that changed obstetrics, increasing risks to mothers and babies in ways that are often not even taken into consideration.

Both of these statements are true – how can that be?

Be warned…much of what you are about to read will probably be new to you because these are the things that aren’t being talked about!

[Excerpts from Informed Cajun Mama, with permission, because we want you to be informed!]

Have you ever read the package insert for “Pit”?

Did you know that the manufacturer of Pitocin, JHP Pharmaceuticals (JHP), actually wrote a really sensible list of recommendations and warnings for the use of this drug?

Given the current nationwide epidemic of Pitocin abuse, I started reading this document with my hackles up, expecting to be annoyed – but it wasn’t long before I became surprised by what I was reading.

JHP didn’t create this drug to hurry up the labor experience for normal, healthy women. In fact, the package insert warns AGAINST the use of Pitocin induction when it’s not medically indicated. The Indications and Usage section opens with a framed important notice that reads:

There you have it, straight from the manufacturer. Pitocin isn’t even meant to be used for induction when there’s not a medical need for it.

There are specific situations which warrant the use of Pitocin: (source)

Comparing Pitocin-Induced Birth to No Pitocin

This warning from the package insert caught my eye:

“When properly administered, oxytocin should stimulate contractions comparable to those seen in normal labor.” That was really surprising to me. I thought it was unavoidable, that Pitocin contractions are simply longer and stronger than natural contractions.

A huge percentage of women who’ve had both natural birth and also Pitocin say that their Pitocin births were more painful.

Women are often given Pitocin without ever hearing a single risk or side effect other than, “it can cause too strong of contractions…but if it does that we’ll just turn it down or off.”

Package insert reasons most women should say no to Pitocin

19. Induction with Pitocin requires constant fetal monitoring, but external monitoring is inaccurate. The best way to monitor the baby’s heart rate is by using an internal monitor called a Fetal Scalp Electrode that is attached the top of the head, through the cervix. It’s very invasive and can be quite painful (for mother AND for baby) to have one of these inserted, and there have been reports of babies being cut, scraped, and even receiving eye injuries from the device.

18. Nausea and vomiting are some of the most minor symptoms on the manufacturer’s list of possible drug reactions.

17. Pitocin, just like any drug, can cause a severe allergic reaction called anaphylaxis, which causes hives, difficulty breathing and swallowing, and can lead to death.

16. There is an increased risk of postpartum hemorrhage after Pitocin-augmented births.

15. Pitocin can cause abnormal heartbeat of the mother such as cardiac arrhythmia or premature ventricular contractions.

14. Another risk is pelvic hematoma, a blood clot or even larger area of blood in the soft tissue of the pelvis.

13. Pitocin has an antidiuretic effect on the body, meaning it increases the absorption of water. This leads to the risk of water intoxication, especially when there are additional fluids such as saline in the IV or lots of water to drink. There have been severe cases, including coma and even death, during labor.

12. Pitocin can cause a sudden high blood pressure in the mother, and if the elevation is severe it can cause a heart attack or stroke.

11. Fatal afibrinogenemia is a slow, uncontrollable bleeding that results in death.

10. There have been no studies to examine the carcinogenicity or mutagenicity of Pitocin.

9. What’s the effect on a woman’s future fertility, let alone the fertility of her newborn baby?

6. Cases of permanent damage to the newborn’s brain or central nervous system have been documented as a result of Pitocin-induced births.

4. Retinal hemorrhage, a common symptom of shaken baby syndrome, can be caused by the physical force of a Pitocin-induced birth.

3. The deaths of babies, for a variety of reasons, have been during the use of Pitocin during labor.

2. Hypertonic (excessively strong) contractions, and tetanic (prolonged) contractions are some of the most common side effects of Pitocin overdose. When contractions come so fast that there’s no rest time in between, the dose is too high. And this leads to my number 1 reason to say no to this drug, because it seems that far too often an inappropriately high dosage is given.

1. OVERDOSE of Pitocin has even more frightening list of symptoms, including cervical and vaginal lacerations, deceleration of the baby’s heart rate, postpartum hemorrhage, fetal hypoxia (oxygen deprivation), and even organ failure and death in the mother or baby.

The list of dangerous or even fatal complications is long, and this list doesn’t even mention the suggested link between Pitocin and autism.

There are always risks when we interfere with the natural order of things. It’s almost always possible to wait a while longer to let nature take its course, but once the induction is underway the options become more and more limited as the urgency of the situation grows.” 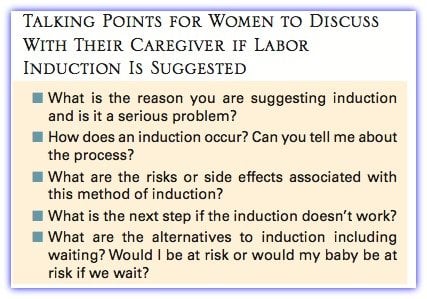 “A recent ACOG survey found that in 43% of malpractice suits involving neurologically impaired babies, Pitocin was to blame.” (Pushed, pg. 137-138)

“[Pitocin] has killed or maimed mothers through rupture of the uterus and even more babies through hypoxia from markedly hypertonic uterine contractions.” (textbook Williams Obstetrics) 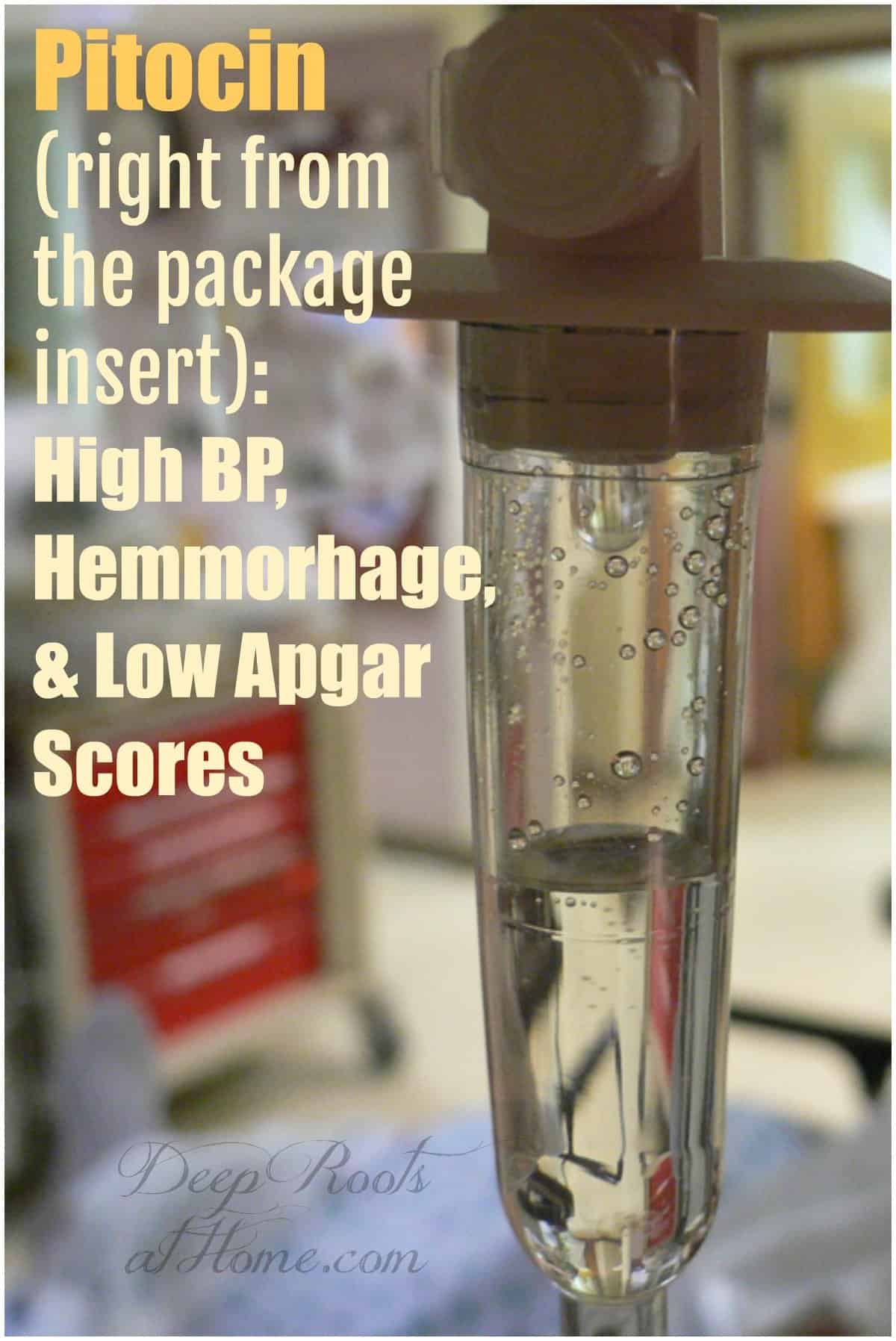