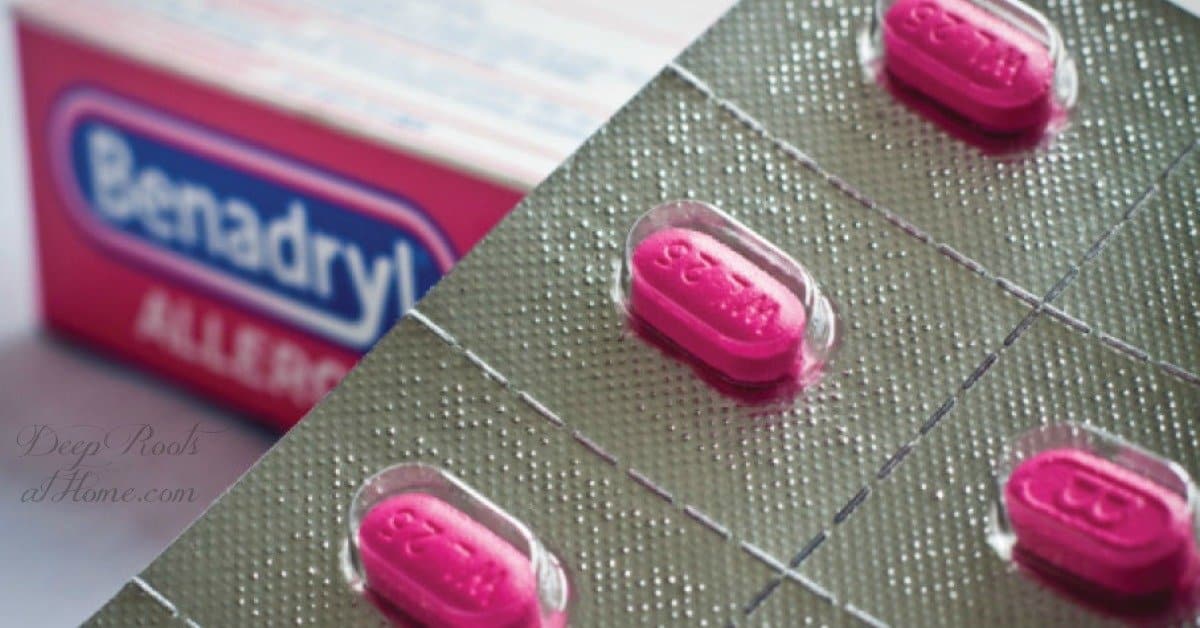 This week, my husband was stung by a bee and had a mild reaction. The Epi-Pen we had on order was still on back-order, so the pharmacist recommended taking Benadryl. We said “NO” having read a report published in JAMA Internal Medicine that showed compelling evidence of a link between use of anticholinergic medications like Benadryl and dementia.

(I’ll tell you the natural alternatives we used in a minute.)

Anticholinergic drugs block the action of acetylcholine which transmits messages in the nervous system. In the brain, acetylcholine is involved in learning and memory.

In 1943, Benadryl, or diphenhydramine, was the first effective antihistamine developed that didn’t cause extreme drowsiness. It proved to be a drug sensation, and was at first prescribed for what it was intended:

But soon it became so popular it was also used for symptoms that had nothing to do with need for an antihistamine such as:

Scientists began to notice the antihistamine often elevated mood, and they set out to create the first generations of antidepressants. In the 1970s, the molecule diphenhydramine (Benadryl) was “rearranged” to create Prozac, the first selective serotonin reuptake inhibitor (SSRI) antidepressant. (source)

You should know the dangers of Prozac (which is a Black Box drug) including an increased risk of suicide and violence for patients prescribed to Prozac.

According to the Epilepsy Foundation, the active ingredient diphenhydramine could increase the frequency of seizures in people with epilepsy.

Benadryl (aka Diphenhydramine) in Many OTC Sleep Medications

Diphenhydramine is the most common ingredient found in dozens of OTC sleep medicines. There are many more than I have listed below. Check labels carefully. 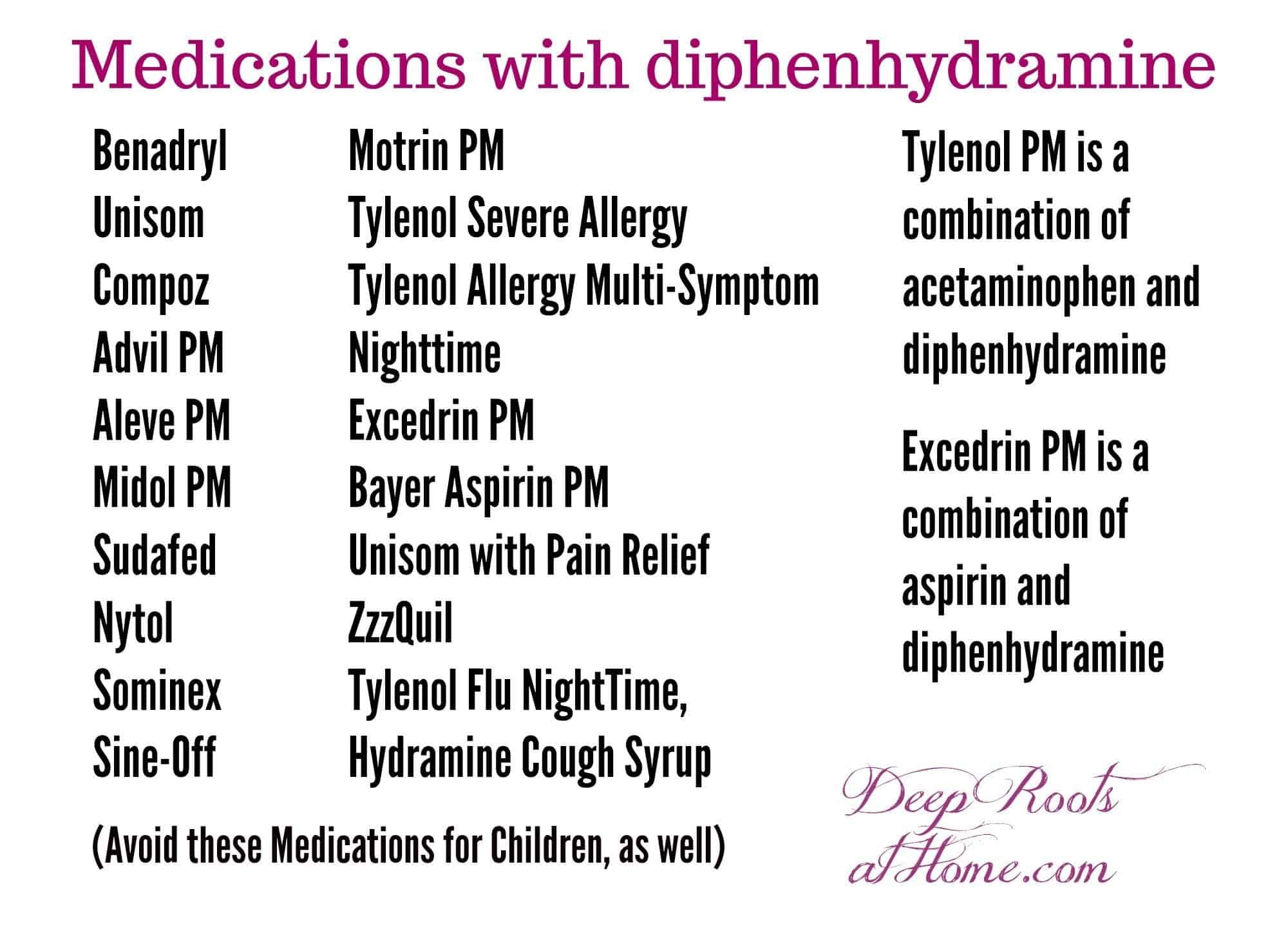 Why is it so easily available and recommended for regular use?

Addiction to Benadryl is possible. People do develop a psychological dependence on the drug, thinking they won’t be able to get to sleep without it.

Common Side Effects of Diphenhydramine

When mixed with alcohol or with virtually any other drug that is sedating, the effects will be exaggerated and dangerous.

Considering its profound effects on the brain, which can linger for days, it’s a mystery how this drug could be recommended by any thoughtful health professional for such complaints as seasonal allergies and insomnia, when there are so many better and safer alternatives.

The National Highway Traffic Highway Association states “Diphenhydramine has repeatedly been shown to severely impair tracking and reaction time performance in actual on-the-road driving tests. Diphenhydramine clearly impairs driving performance, and may have an even greater impact than does alcohol on the complex task of operating a motor vehicle.” This is a serious drug that interacts dangerously with many other common medications and causes enough drowsiness in most people to make driving risky.

Benadryl is not recommended for Anaphylaxis

WARNING: Mayo Clinic says Diphenhydramine (Benadryl), IS NOT sufficient to treat anaphylaxis. This medication can help relieve allergy symptoms, but works too slowly in a severe reaction. An Epi-Pen or its generic version is a must.

WHAT WE USED IMMEDIATELY:  Apis mell. 30x and Ledum 30x like this immediately for my husband plus eucalyptus and rosemary (it both opens and relaxes the airway) and lavender (calming) with a carrier oil on the sting and his throat. It was moderately-severe, and we were able to find an Epi-pen just in case. We did not need it! 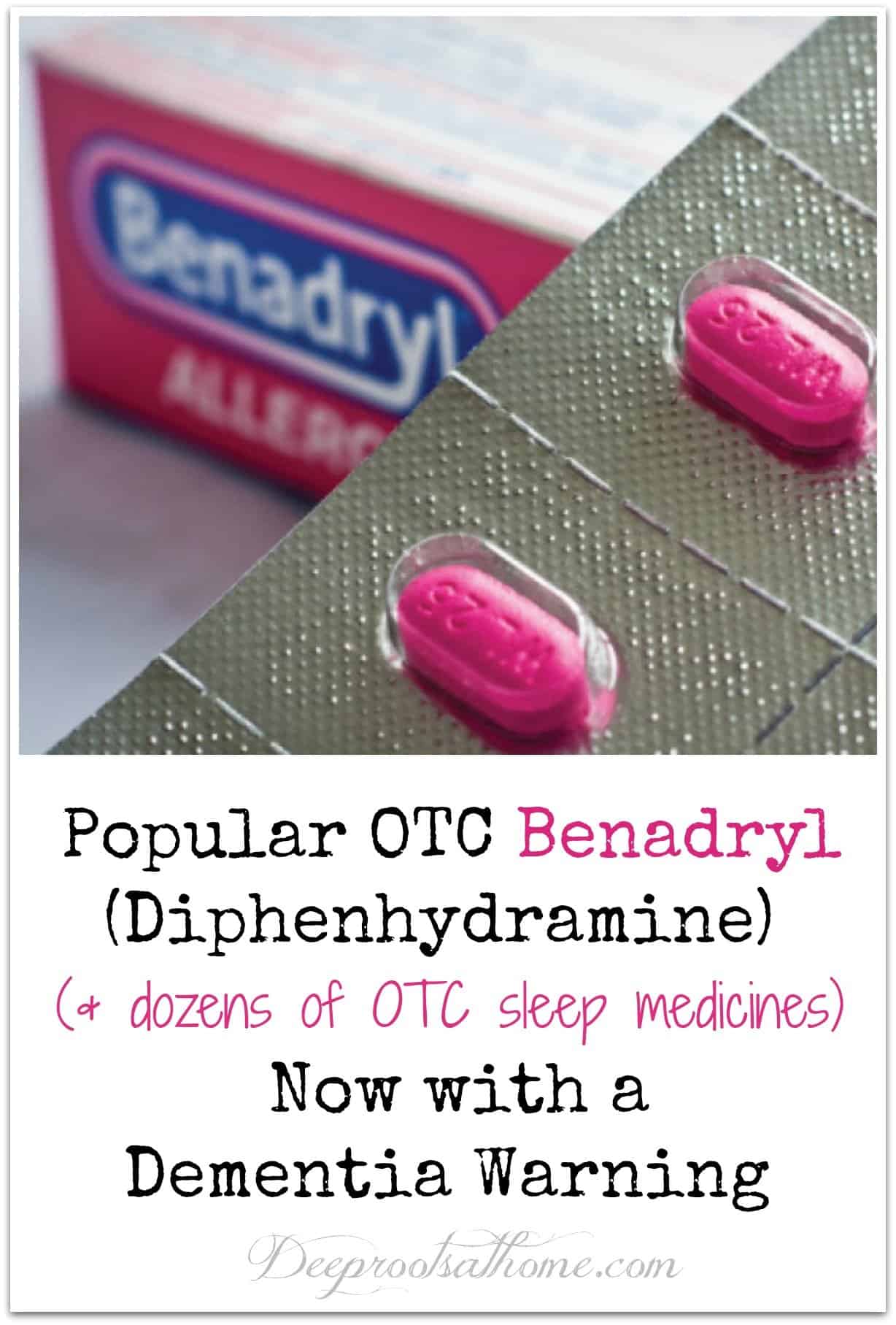