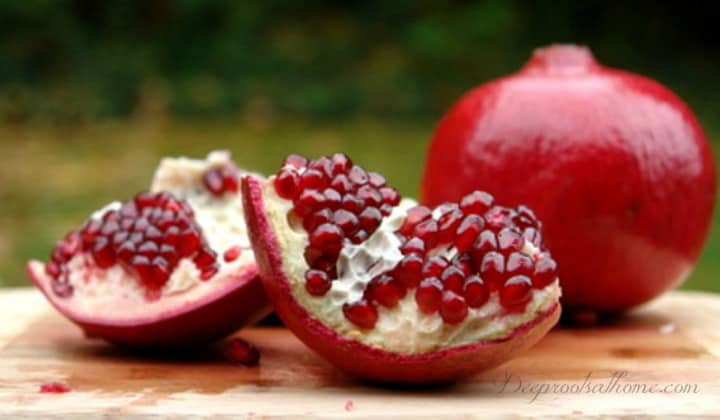 Some mainline medical centers and researchers from all over the globe are suggesting that pomegranate juice may be a safe and effective answer to reversing the #1 cause of death in the industrialized world: heart disease.

I’m pretty sure that most will still resort to drugs (the big pharma solution) or surgical intervention, but in the meantime, as an old surgical heart nurse that’s seen too much, I will rely on safer, more natural means to achieve that end.

I think this is the best of DIY because it requires no surgery, drugs or hospitalization!!

What I read as I pulled together last week’s post on pomegranates is pretty amazing stuff! 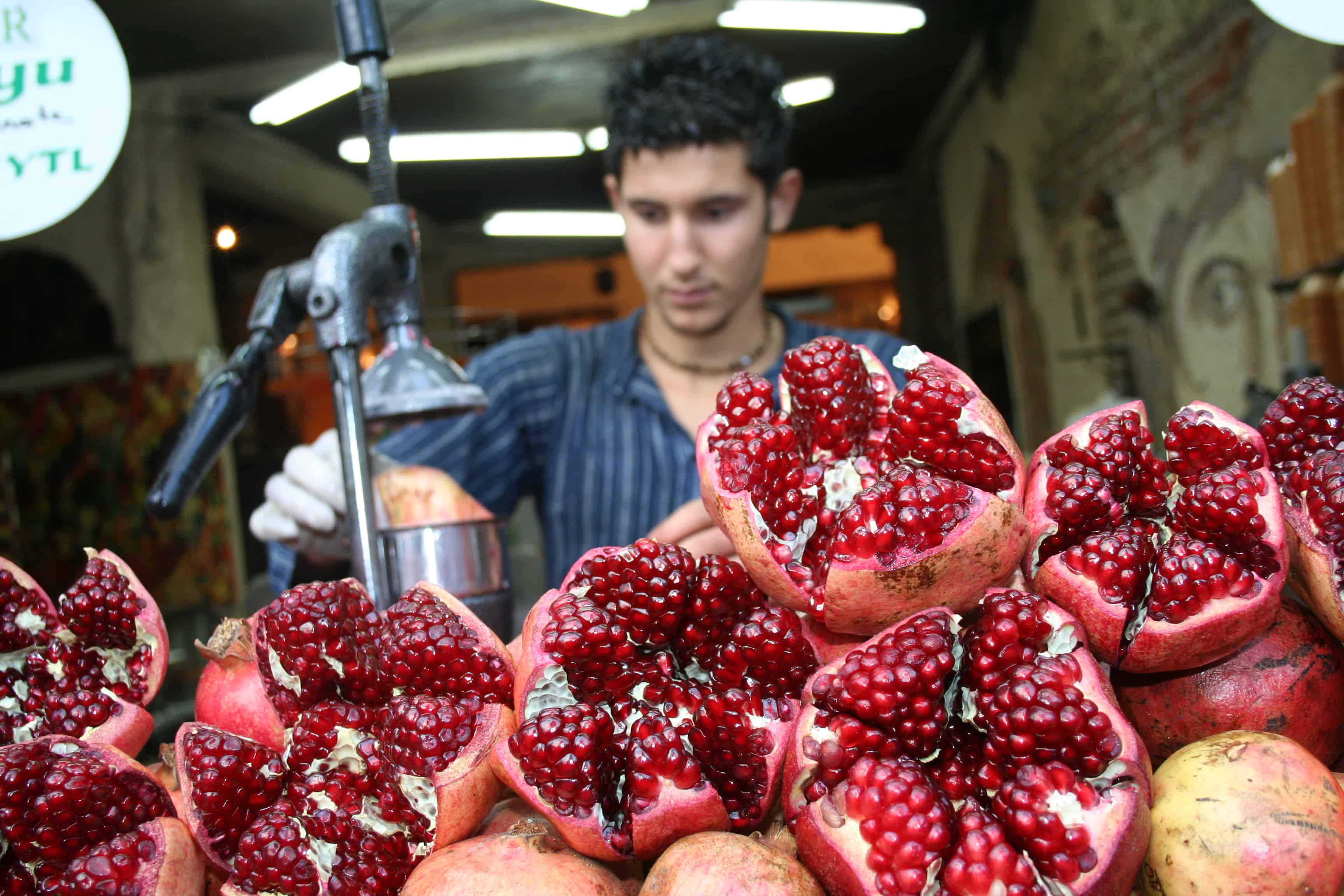 Making pomegranate juice at a vendor stall in Turkey.

The ‘superfruit’ pomegranate (technically a berry) has a remarkable astringency, giving your mouth and gums that dry, puckery-mouth feeling. This cleansing sensation is technically caused, as with all astringents, by shrinking and disinfecting your mucous membranes.

Apparently, it works similarly on the lining of the arteries to clean them of plaque. There are also enough poetic visual clues there for us: it does resemble a multi-chambered heart and its juice looks like blood, at least when you consider its appearance in comparison to most other fruits.  Like the walnut looks like the hemispheres of the brain and are the top tree nut for brain health, so the pomegranate is great for the heart and its vessels

[Near the end under “Take Action”, I have listed a few brands (juice, capsule, powder) to look into.]

The pretty red pomegranate fruit recently made its way back into the news after some spectacular clinical results. Here’s what Dr. Fuhrman writes:

A compound found only in pomegranates called punicalagin is shown to benefit the heart and blood vessels. Punicalagin is the major component responsible for pomegranate’s antioxidant and health benefits. It not only lowers cholesterol, but also lowers blood pressure and increases the speed at which heart blockage (atherosclerosis) melts away.

Recent medical research studied heart patients with severe carotid artery blockages. They were given one ounce of pomegranate juice each day for a year. Not only did study participants’ blood pressure lower by over 12%, but there was also a 30% REVERSAL in atherosclerotic plaque (heart blockage).

Just as astounding, participants who did not take the pomegranate juice saw their atherosclerotic plaque INCREASE by 9%.

To an old heart surgery bypass-graft nurse, this is real news. But I can guarantee we will not hear much about it!

Just 1 oz. of fresh pomegranate juice a day for a year and plaque is reduced by 30%!! Such a small amount of juice for such fabulous non-invasive results. Read on…

In other studies, potent antioxidant compounds found in pomegranates have also shown to reduce platelet aggregation and naturally lower blood pressure, factors that prevent both heart attacks and strokes.

Not only are pomegranates good for your heart and blood vessels but they have been shown to inhibit breast cancer, prostate cancer, colon cancer, leukemia and to prevent vascular changes that promote tumor growth in lab animals. Several in vitro studies have shown this remarkable anti-cancer effect.

Nineteen patients from the Vascular Surgery Clinic in Haifa, Israel, were selected to participate in this three-year trial. All were non-smokers between the ages of 65 and 75, with asymptomatic severe carotid artery narrowing (stenosis) ranging from 70% to 90%.

In other words, their arteries were so occluded by plaque buildup that only 10-30% of the original artery volume was available to permit blood flow. Ten of the 19 patients consumed 50 mL (1.7 ounces) of pomegranate juice daily, while the other nine received a placebo beverage.

“Despite the patients’ advanced atherosclerosis, ingesting pomegranate juice produced statistically significant reductions in the thickness of their carotid artery walls, which is correlated with decreased risk for heart attack and stroke. After only three months, the average thickness declined by 13%, and after 12 months, the thickness dropped 35% compared to baseline. During this same 12-month period, the average carotid artery thickness of the placebo group increased by 9%. This study also measured various other parameters of cardiovascular health. One year of pomegranate supplementation reduced the systolic blood pressure itself dropped by 21%.”

If you do decide to drink pomegranate juice for medicinal purposes, make sure it contains no added sugar or flavors and is preferably organic.

Heart blockages don’t form overnight, and as this thorough 3-year study showed, it took at least one year to show a 30% reversal.

The most interesting thing is that the control group that did not consume pomegranate juice, common carotid intima-media thickness (IMT) increased by 9% during 1 year. For more medical studies and research papers, see here.

You can take this as juice, a capsule or I found an organic, cold-pressed, freeze-dried nothing-else-added powder. I think juice in glass is best, then the powdered. Look for it at health food stores. 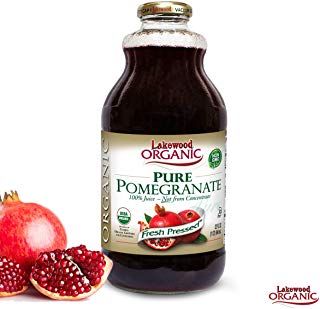 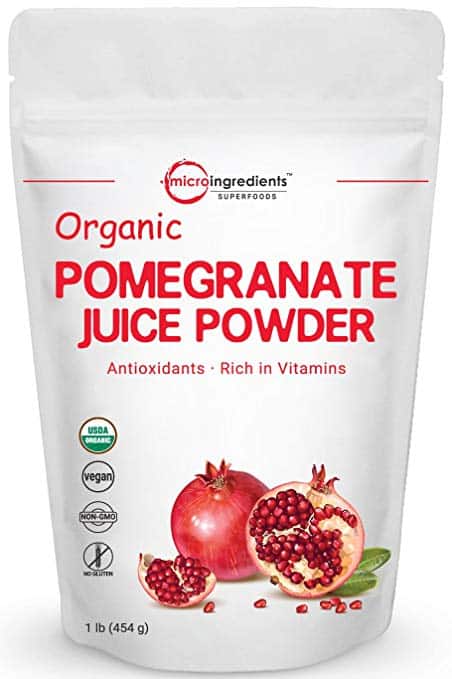 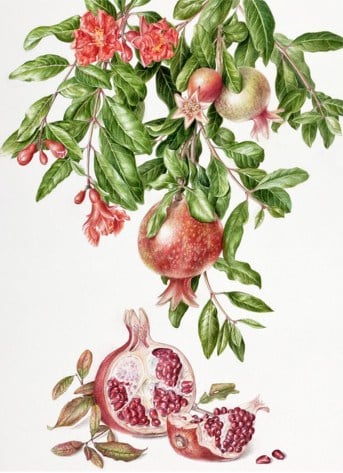 “For the LORD your God is bringing you into a good land of fountains and springs, flowing forth in valleys and hills; a land of wheat and barley, of fig trees and pomegranates, a land of olive oil and honey…“ ~Deuteronomy 8: 7-8

One thought to all those who regularly read Deep Roots at Home blog:

I almost hesitate to share all the really good things we can do for our health and well-being lest we begin to place all our hope on ‘things’ and they become our hope. Our only true hope is in the Lord God Who created us.

Though we want to be wise and do good things for our bodies, the best thing I know of for real lasting (forever) health is to believe on the name of Jesus:

“And there is salvation in no one else; for there is no other name under heaven that has been given among men by which we must be saved.” ~Acts 4: 12 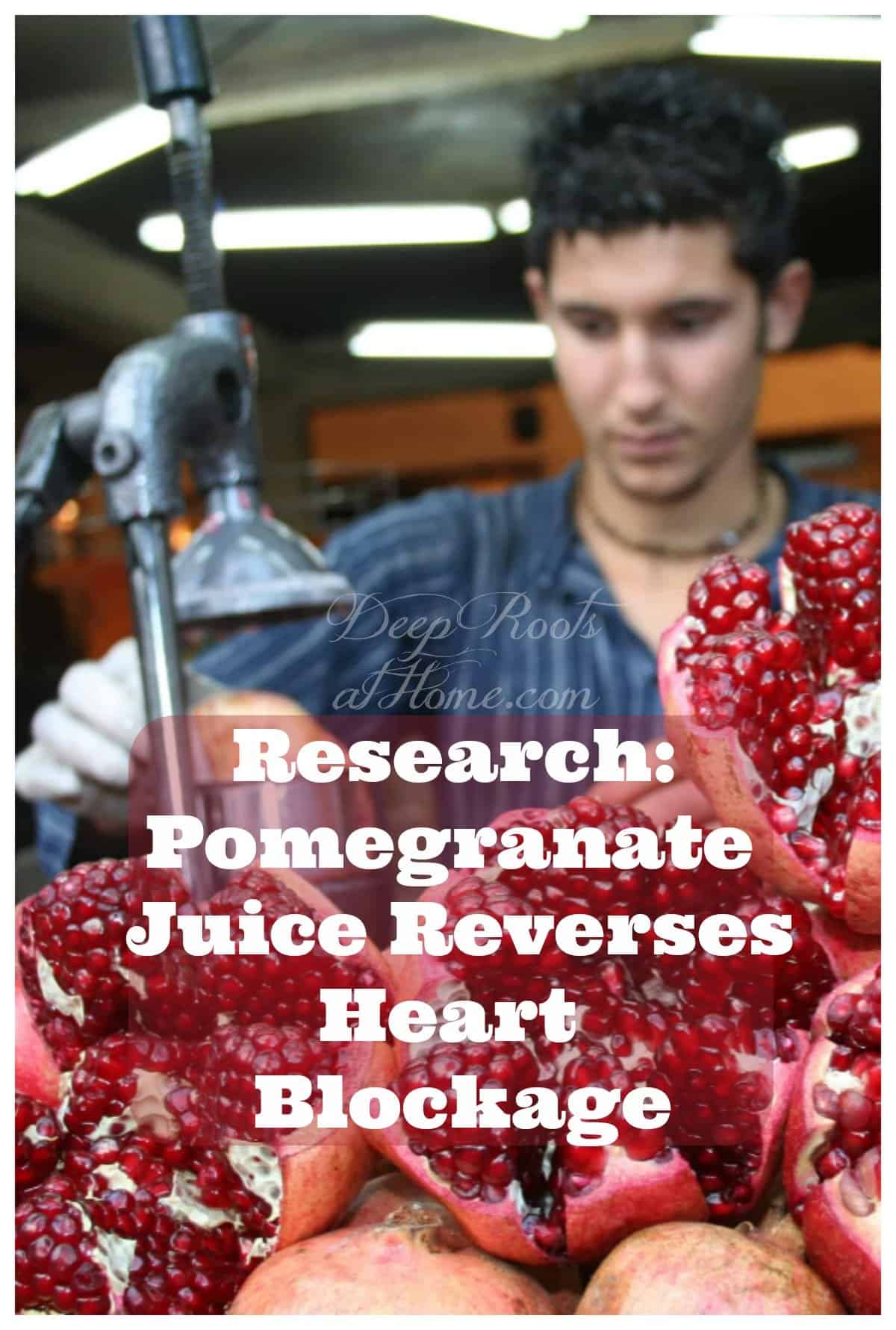