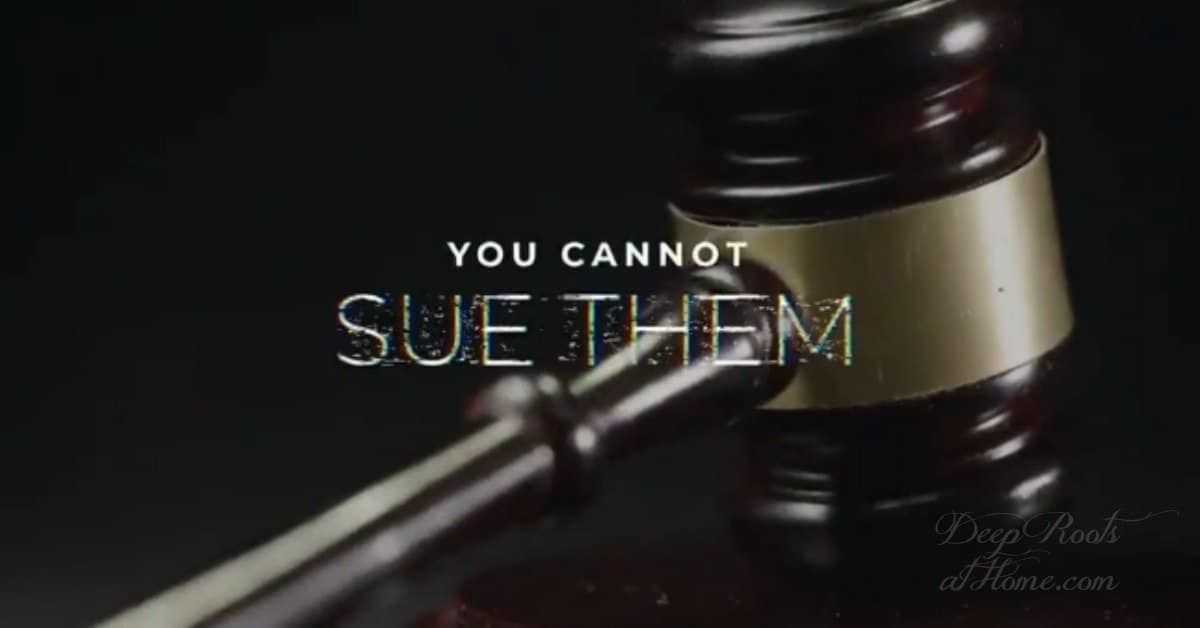 Should any government be able to force medical procedures on individuals or families? The Nuremberg Code would say NOT.

Most of the vaccines currently in progress by big pharma are mRNA vaccines, the Smithsonian admits, a type never before used on humans.

New documents suggest that NIH owns half the key patent for Moderna’s controversial Covid Vaccine & could collect half the royalties. Little known NIH regulations let agency scientists collect up to $150,000.00 annually in royalties from vaccines upon which they worked. These rules are recipes for regulatory corruption. ~Robert F Kennedy, Jr.

The NIH has bypassed all required phase-one animal testing (normally a 10-year testing requirement) and then sent many subjects to the hospital in its Phase 1 human trial.

Robert F. Kennedy Jr. and Dr. Andrew Kaufman explain why “No matter how negligent a vaccine company, you cannot sue them. There are zero consequences if they kill you or they injure you for life.”

There now exist a number of proven cures for this virus, besides Remdesivir, in wide use throughout the world but falsely maligned in the US, all of which are deemed safe, effective, cheap and available (source):

Big Pharma cannot make money from any of these successful, mostly proven cures – which explains their temper tantrums and demand for expensive, but useless vaccines. Useless, because in 30 years of research, scientists have NEVER been able to create a coronavirus vaccine that worked and was safe for humans.

Read RF Kennedy Jr’s commentary about the scheme evidently promoted by Fauci for the stock of his vaccine company, Moderna.

His human trials have not only failed; they have landed 9 test subjects in the hospital in serious condition.

“This morning, Moderna stock was up 39% and rising on the news of its “successful” COVID vaccine trials.

All 5 networks were parroting Moderna’s claim that it’s fast track clinical trial was a triumph.

THEN our Instagram exposed the entire canard as smoke and mirrors; the shocking 20% “serious” injury rate (medical intervention or hospitalization required) among the extremely healthy volunteers in the high dose group means the vaccine is DOA.

“Worse yet, the vaccine appears to trigger production of the kind of “binding antibodies” that presage the “pathogenic priming” that caused deaths and severe injuries among animals and children in earlier tests of experimental Coronavirus vaccines.

“Following the release of our analysis, alert Wall Street speculators shorted Moderna stock and investors began selling off. The sell off has forced Moderna’s embarrassed media boosters (CNN) to reassess their sunny credulity at the clinical trials.

“In earlier times, a dangerous vaccine like this would have sailed through HHS’s corrupt approval process. CDC would have reflexively mandated it for 75 million children.

“For the first time the public is watching how the sausage gets made. This experience gives me hope that we can kill these boondoggle vaccines the way one expels cockroaches —with sunlight. We might even succeed in training the press to do their own research and recognize fraud before they are once again gulled and humiliated by Fauci and his crooked cronies.”