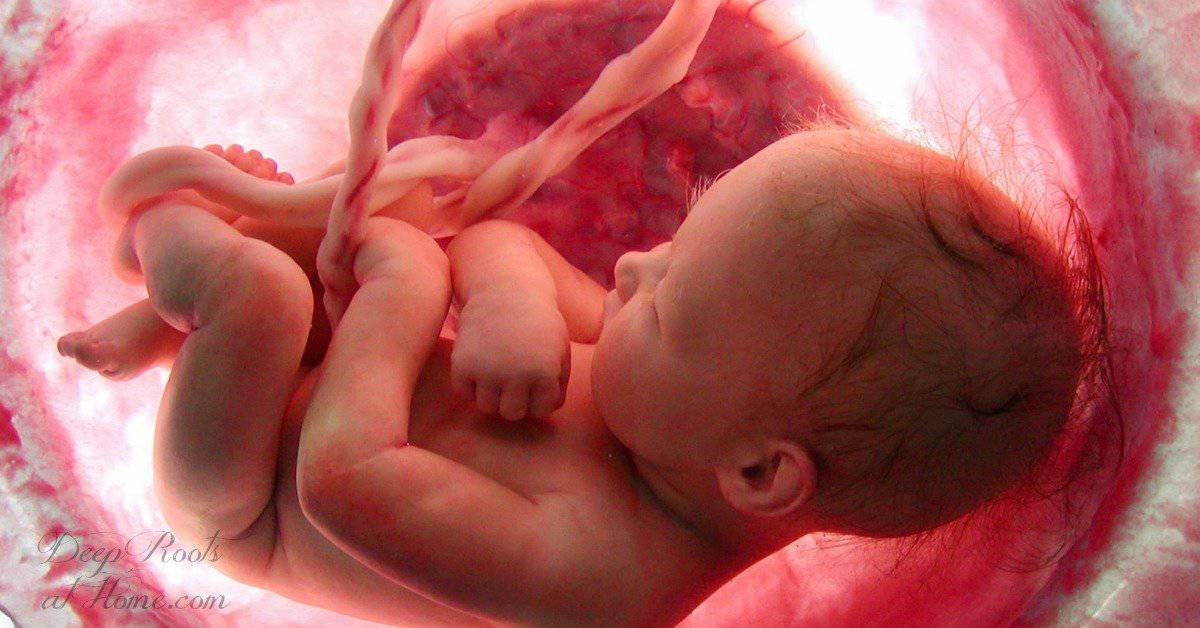 Samuel Alexander Armas (born December 2, 1999) is the child shown in a famous photograph above by Michael Clancy, dubbed the “Hand of Hope,” of his hand extending from an opening in his mother’s uterus and touching his surgeon’s finger during open fetal surgery for spina bifida. (source) 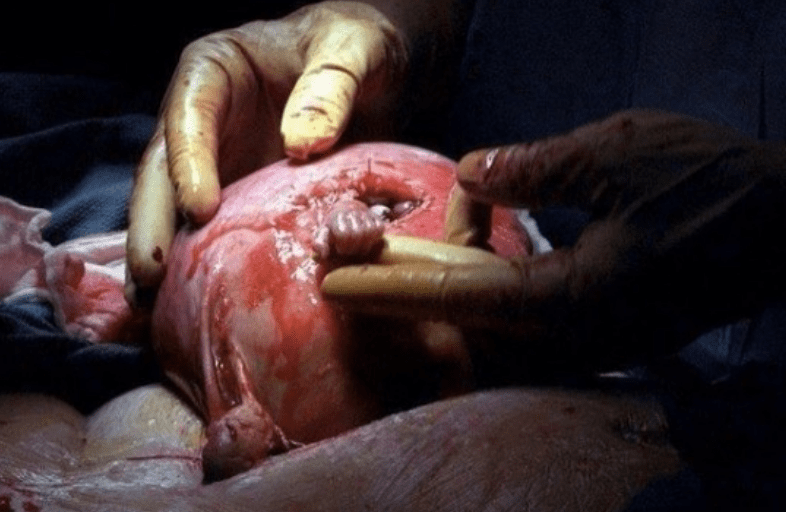 The photograph was taken during a procedure to repair the spina bifida lesion of a 21-week-old baby in the womb performed by a surgical team at Vanderbilt University. Dr. Joseph Bruner and Dr. Noel Tulipan developed a technique for correcting certain fetal problems in mid-pregnancy.

Their procedure involves temporarily opening the uterus, draining the amniotic fluid, partially extracting and performing surgery on the tiny fetus, and then restoring the fetus to the uterus back inside the mother. (source)

This just underscores the amazing beauty and wonder of life before birth! Let’s look deeper.

Marvelous, Hidden Play In the Womb

Doppler may pick up that lovely lub-dub of your baby’s heartbeat at 8-12 weeks, but the flutterings of life once called the “quickening” won’t be felt by most Mamas until somewhere into the fourth month.

Any earlier, buried deep within the protective cushioning of your womb, your tiny one could do acrobatics and you’d never know.

Via ultrasound, we can witness babies thumb-sucking, smiling, yawning, sneezing, hiccuping, opening their eyes, and exploring, not to mention stretching and kicking. Scientist who study life in the uterus have demonstrated that babies also dream.

Babies even clap (as if to music) very early in their development.

It might seem odd at first that developing babes would play in the womb, but if you think about it, it isn’t so odd at all.

Naturally in the uterus, play is rather limited, but movement through play is essential for healthy mental and physical development of the child. We all have an inborn need to play and explore our world. We now know play in the womb starts very, very early. Play strengthens muscles and reflexes are tested out; just as adults need to move to remain strong, so the developing baby needs to move to progress and not atrophy.

In this fabulous 30 second sonogram video at 13 weeks, these fortunate parents witnessed their little baby play in the womb – jumping and rebounding off the uterine wall earlier and more vigorously than anyone ever thought happened.

Babies playing in the womb is good for the mother, too. It helps the mother to bond and enhances anticipation of her newborn child. Feeling a baby move in you makes a woman want to protect and care for her baby even before she sees or holds it. The movement also stimulates hormonal changes in a woman’s body to prepare for birth and nursing.

You can get an amazing FREE pregnancy app HERE.

With today’s modern technology and medical information, we have a real-time window into the womb. What happens to babies before birth – all the ways they move, grow, and change – is nothing short of amazing.

The Making of an Earth Suit by the Endowment of Human Development is the BEST interactive site I have ever seen! You can see actual videos from month 1 to month 9!
Try to imagine yourself back in your mother’s womb.

Ultrasound and The Abortion Debate

Studies have found babies in the womb feel pain as early as 17 weeks after conception, and unborn infants may feel pain more keenly than those already born! (source)

What we’re speaking of here is no less than the humanity of the fetus, and these discoveries are making the subject harder and harder to avoid.

Scientific studies are in effect defending what our faith had already told us: that the life in the womb is indeed a human life, with the same qualities that make us consider our own lives sacred—a beating heart, brain function, childish play, and sensitivity to pain being just a few of them. And so we believe that a child’s life is a gift from God and worthy of protection and care.

“Open your mouth for the speechless, In the cause of all who are appointed to die.” ~Proverbs 31.8

Historians often debate the greatest technological advancements of the past century, but I’ve got to wonder if ultrasounds shouldn’t be near the top. 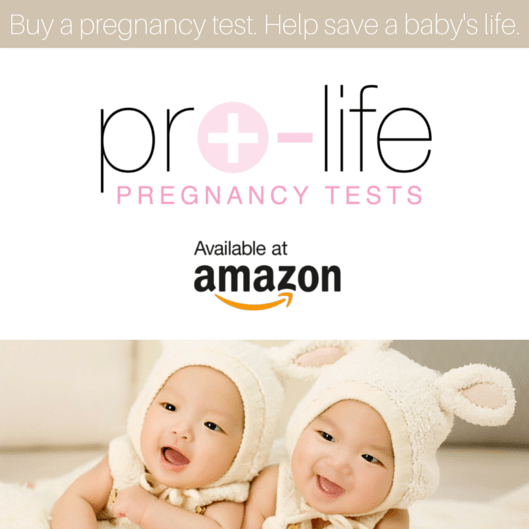 Simply put, I now understand why pro-abortion leaders opposed the technology at every turn, for we can see for ourselves the wondrous beauty of LIFE….where each one of us has been as we were knit together.
These little ones can’t yet cry out, but they are speaking loudly … and winning.

Let your school-age children see these miracles for themselves! Wonders of God’s Creations: Human Life by Moody Bible Institute will give them a reverence and awe for life and babies, a part of God’s highest creation – unforgettable evidence of the Creator’s handiwork. 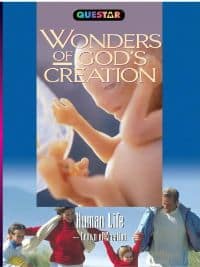 as part of our homeschool.

Have you had any startling, funny, or interesting experiences with ultrasound that you are willing to share? 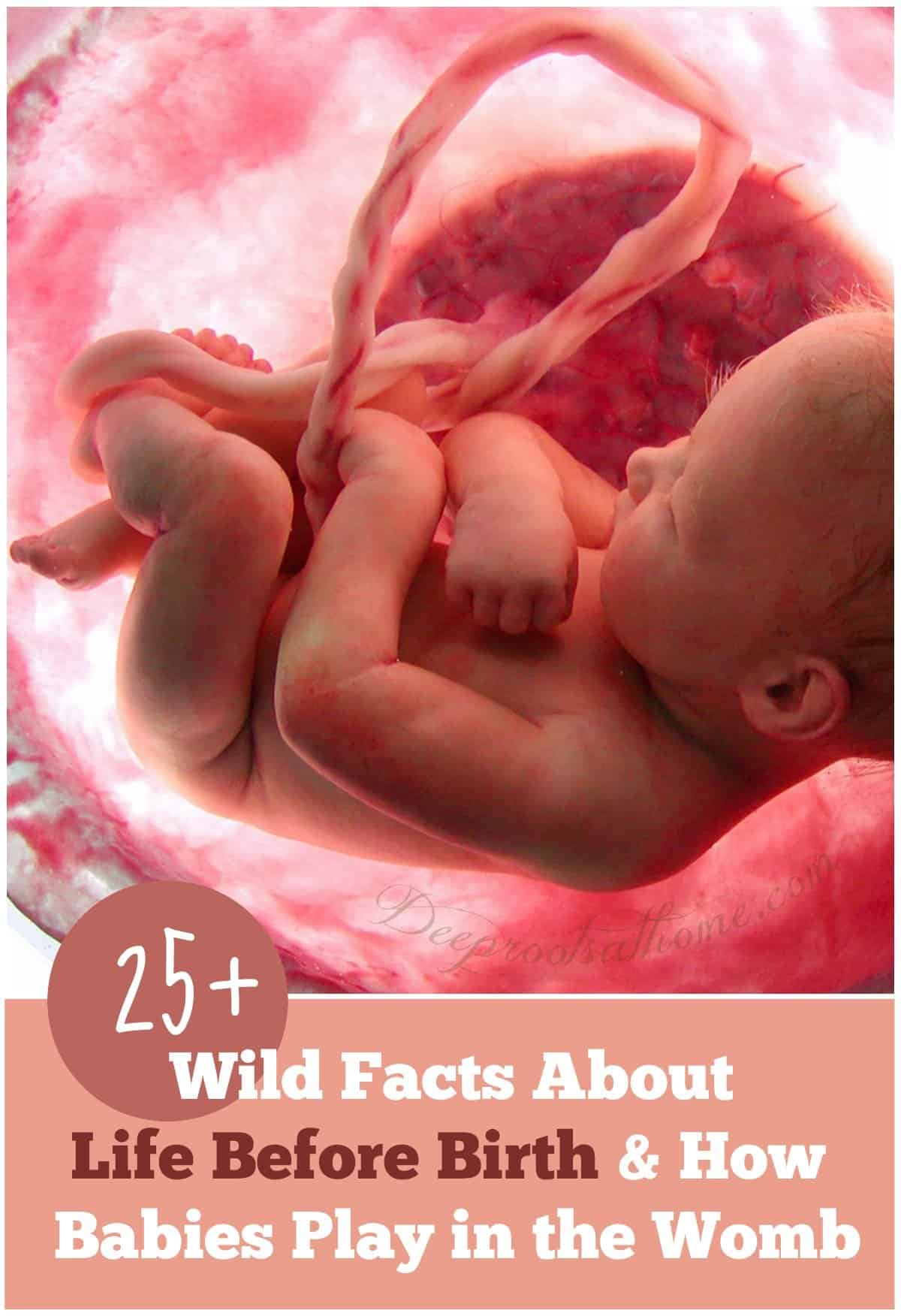