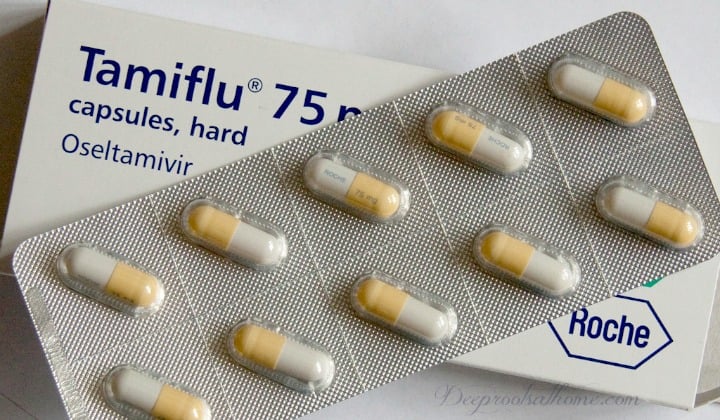 Awareness is key. It’s important to know risk vs. benefits. When a pill may only reduce symptoms by a couple of days, is it worth a risk of a psychotic episode?

Tamiflu is a prescription drug that claims it can reduce the chance of getting the flu or treat people with the flu if their symptoms started within the last two days.

When investigating this, I read numerous comments such as what follows (people can’t make this stuff up!):

“My cousin in Atlanta just took this medication a week ago for flu symptoms and has been hallucinating ever since. He never acted this way before. He’s currently in a psychiatric hospital seeking treatment. We are all heart broken; he was okay before taking the medication.” ~Emeka

“My daughter (just turned 5) is hospitalized right now because of psychotic episodes and insomnia because of using this for only 2 days. We have done an MRI and Spinal Tap because doctors believe it may have caused encephalitis. She has not been normal since taking the medicine.” ~Kristy

“I’ve been on tamiflu for 4 days and I have been a raging lunatic. Tonight I waned to kill myself and I started to research the drug and found out then it must be what’s going on. I’ve never been suicidal before. How do we get this drug off the shelves?” ~Man 54

Then I started to dig and found the terrible truth:

What You Need To Know About the Tamiflu Fiasco

It’s important to know the risks and benefits of this drug before you make a decision to take it or more so to give it to your child.

Here are small excerpts from the scientific PubMed article The Tamiflu Fiasco and Lessons Learnt, then read the study for yourself:

“Serious adverse events were first reported during post-marketing surveillance from Japan, UK, and other places although most of the published articles did not report them. A recent Cochrane review and a series of articles in British Medical Journal (BMJ) have revealed the truth behind the Oseltamivir success story, which incidentally is one of the highest revenue earners for Roche. It is inexplicable that despite the lack of scientifically robust data on efficacy and safety of Oseltamivir, reputed organizations like WHO, CDC, FDA not only recommended the drug in question for treatment and prophylaxis of influenza, but its stockpiling as well.”

“There was no mention of adverse effects associated with the use of this drug in the published trials. Tamiflu post-marketing surveillance uncovered serious adverse effects like raised liver enzymes, hepatitis, neuropsychiatric events, cardiac arrhythmia, skin hypersensitivity reactions including toxic epidermal necrolysis, Stevens-Johnson syndrome and erythema multiforme, metabolic side effects and renal events.[24] In some cases, increased QTc prolongation was seen in ECG in the treatment group compared with placebo during on-treatment periods. The most important serious adverse events which raised concerns were neuropsychiatric events such as depressed mood, behavior disturbance, panic attack, suicidal ideation, delusion, delirium, convulsion, and encephalitis. These were reported more frequently in children than in adults and generally occurred within 48 hours of drug intake.”

“A cocktail of pandemic panic, publicity propaganda, and scientific misconduct turned a new medicine with only modest efficacy into a blockbuster. It appears that the multiple regulatory checks and balances gave way as science lost its primacy and pharmaceutical enterprise lost no time in making the most of it. This reminds one of Prof R. P. Feynman’s statements after Challenger space shuttle disaster.”

“The ad for Tamiflu says people, particularly adolescents and children, may be at risk for seizures, confusion or abnormal behavior. It goes on to say that these events are uncommon but may lead to accidental injury and add the advice to contact a healthcare professional right away if any unusual behavior is noticed. Basically they are telling the consumer in the most subtle way that adverse side effects are possible while on their drug, but are hoping the consumer won’t read between the lines and figure out how serious that could be.”

“The ad doesn’t give you any clear information on side effects so that the consumer can make an informed decision. It doesn’t tell you that the Japanese health authorities started investigations of Tamiflu after eighteen juvenile fatalities linked to the drug occurred in seventeen months. A teenager jumped eleven stories to his death while he was on the drug. Two weeks earlier a fourteen year old girl jumped to her death from her apartment building in central Japan. A seventeen year old boy took Tamiflu before bed and got up, walked out of his house and stood in front of an oncoming truck while smiling. Any parent would want to know this kind of information but it is not in their advertisement.”

“Also in question is the effectiveness of Tamiflu. When considering taking a drug, one always needs to decide if the benefits outweigh the side effects or risks. In the case of Tamiflu, there is no science that it actually works. It can reduce symptoms by thirty-six hours but is completely ineffective after a few doses. Shockingly enough, it commonly causes the flu symptoms that it is attempting to treat, such as nausea, diarrhea, headache, dizziness, fatigue and cough!”

Do your due diligence and research and then make up your own mind especially before giving this to your child. When you have to take a drug for a medical condition that is one thing, but Tamiflu is not one of those times.

There are plenty of effective no-side-effect alternatives available that work like a champ such as my elderberry syrup or my vodka based tincture. <—- Click these links to get my recipes.

My hope is that everyone can at least have an informed choice! 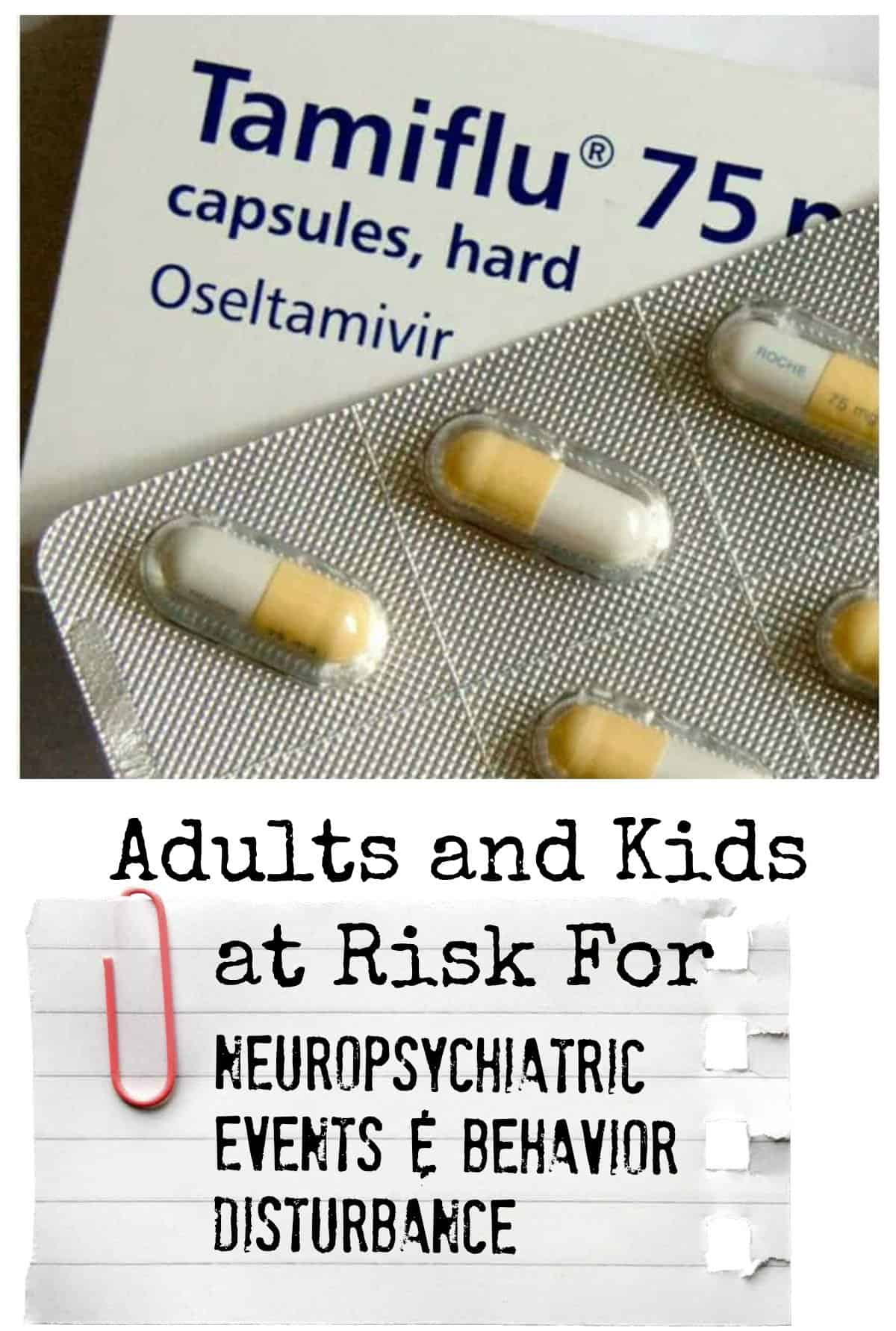