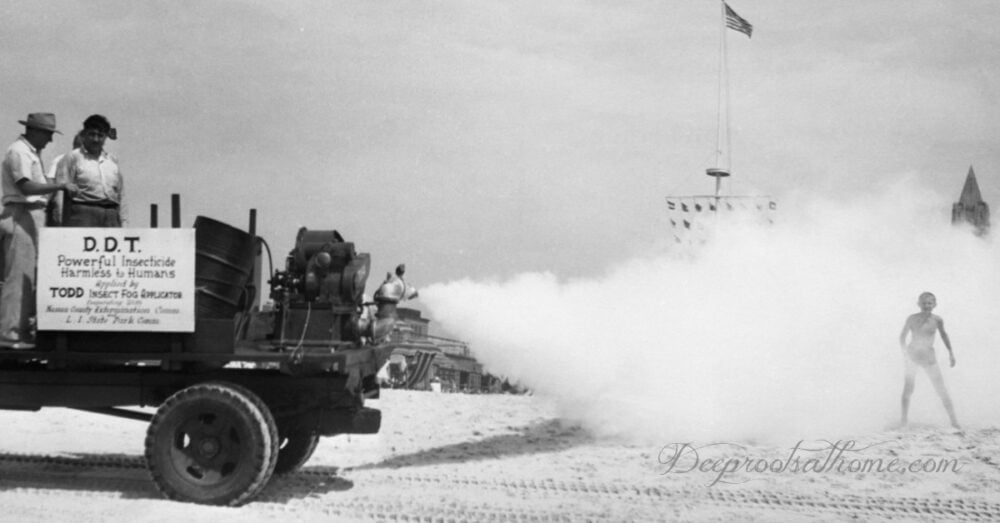 Polio is a nickname for poliomyelitis, which means inflammation of the grey matter of the spinal cord. If you get a lesion on your spinal cord, the corresponding part of your body may develop paralysis.

This disease nearly always occurred in children, which is why it was called infantile paralysis for decades.

Polio was basically non-existent before the 1800’s. It is first seen in medical literature in 1894 when 18 deaths of children and 132 cases of permanent paralysis were reported in Rutland County, Vermont, known for their many apple orchards.

As it turns out, the paralysis of poliomyelitis can be caused by many different things. Several viruses can cause it, as can several different bacterial infections.

Surprisingly, pesticides could also cause these lesions on the spinal cord.

Studies were conducted in the late 1800’s with a popular insecticide that contained high levels of arsenic called Paris Green.  They purposely fed animals too much pesticide, and it paralysed them in their “hind quarters” just like what was happening with children.

Scientists did autopsies on the animals, found lesions on their spinal cords, and pronounced they had died from polio-from pesticide poisoning.

It is instructive that one popular medical treatment at the time was “teething powders”, a concoction given to infants who were cutting teeth.

“Because teething was considered “dangerous” in the 1800s, and parents didn’t want their children to suffer, an array of medical cordials and powders were used liberally to ease the pain and suffering of infants and children.” (source)

Calomel, once considered a miracle drug whose main ingredient was the toxic heavy metal mercury, was used to treat almost every disease, including teething. Unknown at the time, the consumption of mercury can cause burning of the mouth and pharynx, abdominal pain, vomiting, bloody diarrhea, weak pulse, shallow breathing, paleness, exhaustion, tremors, collapse, acute renal failure, and eventual death–ironically these were the same current side effects of “teething.”

Teething powders and other common medicines used during this time (included Steedman’s Teething Powder which was 42% Calomel) were used medically about the same time you started seeing isolated cases of polio. This may explain why parents originally referred to polio as “teething paralysis.”

It became clear that certain viruses and bacteria could also cause paralysis, but only if they got inside the nervous system.

For all of human history, these microbes had never caused problems, but starting in the late 1800’s, they suddenly gained the ability to get into the nervous system. This likely had something to do with a new pesticide that was invented in 1892 to combat the codling moth in orchards – lead arsenate.

It was a combination of lead and arsenic sprinkled and sprayed onto many fruits and vegetables that were later eaten.

It’s popularity was due to the fact it couldn’t easily be washed off with water – an advantage for farmers who didn’t have to re-spray after a storm, but a disadvantage for mothers who didn’t know how well to clean their children’s food.

It appears that not only did this metallic pesticide create paralysis through direct poisoning, but caused a leaky-gut issue in children that allowed different viruses and bacteria to pass through the intestines and into the spinal cord directly behind.

Remember that humans had lived with these viruses and bacterial infections for hundreds of years with no paralysis until the late 1800’s. Within a year or two of the invention of this new pesticide, polio began to appear in that same area of the country —a land of orchards.

In the 1940’s, at the end of WW2, a new pesticide called DDT began being used by nearly everyone and polio became much worse. Unlike lead arsenate which was sprayed onto food, DDT was sprayed directly onto children in an attempt to protect them from flies and mosquitoes. 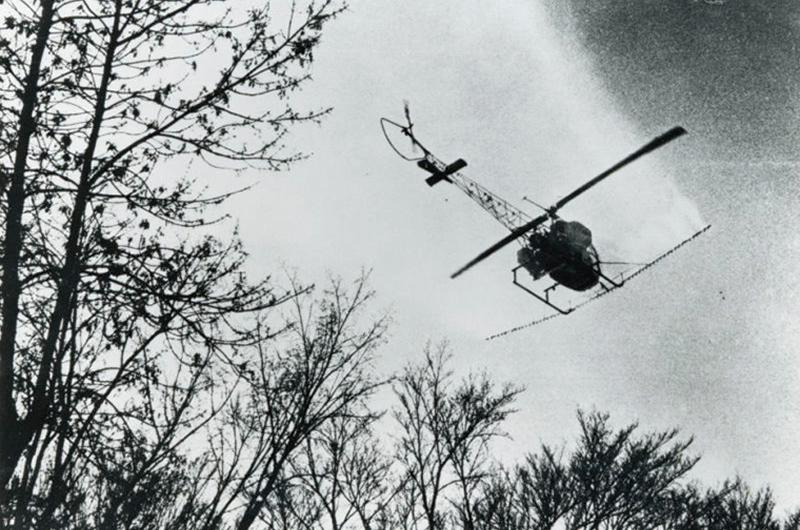 (Source) Helicopters sprayed DDT in the 40s through the 60s. WISCONSIN HISTORICAL SOCIETY

Ironically, it was thought that these insects could transmit polio, so DDT was sprayed onto children to prevent polio.

DDT was hailed as a miracle of progress that was virtually nontoxic to humans. The above photo below is one of several from DDT: Killer of Killers, 1946, by O. T. Zimmerman, PhD, and Irvin Lavine, PhD. 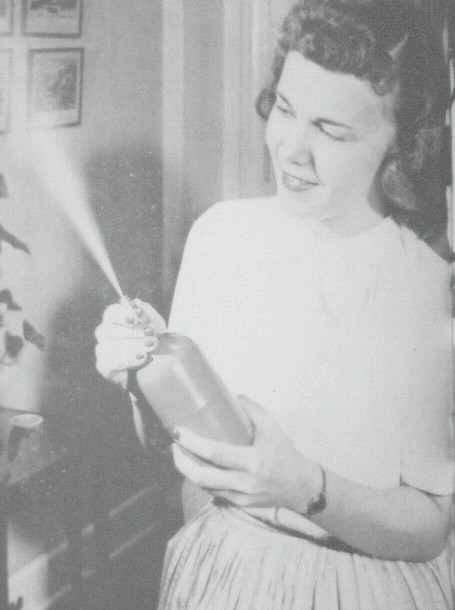 Dr. Suzanne Humphries gives ample evidence that we have been lied to about polio’s cause and that the vaccine eradicated it. See the old film footage of  children and the military being liberally sprayed with DDT starting at 9:00.

By 1952, the year I was born, people began to stop using DDT because many insects started to develop a resistance to it, and parents began to suspect it was more toxic than they had been told.

Soon after, cases of infantile paralysis, or polio, began to plummet.

1952 was the peak for polio cases in the United States – not just the kind caused by poliovirus, but the paralysis due to all other viruses, bacteria and direct pesticide poisoning.

Cases began to disappear as DDT stopped being sprayed on nearly everything.

Even though all types of infantile paralysis began to go away after 1952, most history books will say it’s because of the Salk polio vaccine.

This is simply not true…

The vaccine worked very poorly, and most of the public didn’t even get the shot till years later.

It was officially introduced in 1955, but was quickly withdrawn because it was inadvertently causing paralysis due to manufacturing problems. This became known as the Cutter Incident.

Many didn’t get a polio vaccine until years later, when a different, presumably safer version of the polio vaccine, the Sabin oral polio vaccine, came out in 1961. By then polio had all but disappeared from the United States.

As it turns out, even the new vaccine wasn’t needed.

And if you look at a timeline, it shows that with clean water and hand washing, polio and other diseases were almost completely at zero when the vaccines were rolled out and “saved the day”.

This sleight of hand was fabricated with the sole intent of giving the public the impression that the polio vaccine was successful.

You will find these facts in Suzanne Humphries’s riveting book Dissolving Illusions: Disease, Vaccines, and the Forgotten History.

Also excellent is The Moth in the Iron Lung, by Forrest Maready.