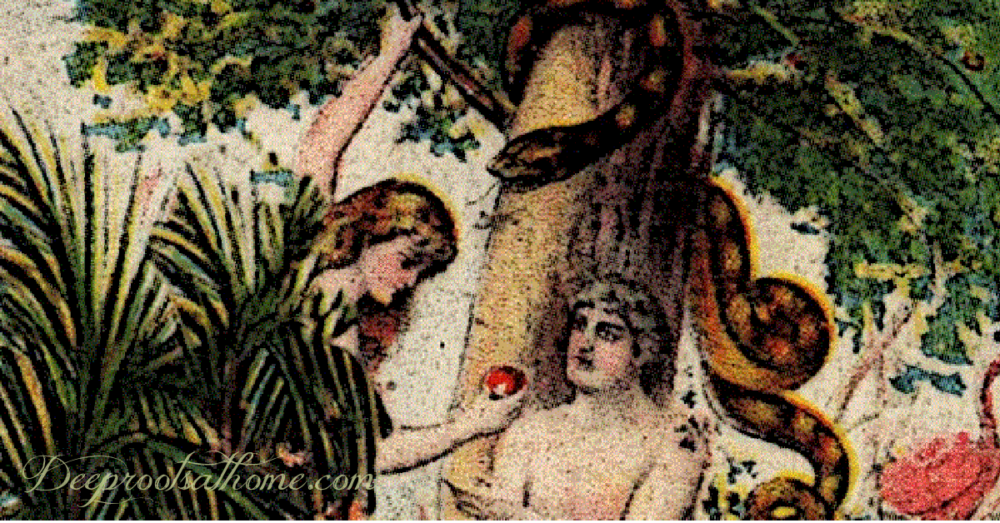 [Author’s Note Update: Though the snake vemon theory is more supportable in light of new information on Venomtech (UK) and ToxinTech (US), I am reserving an opinion until I have all the facts. If ever there is a time for discernment, this is it.]

Update #2: Much more is coming out and now we can come to more firm conclusions based on FACTS here: 13 Undeniable Facts Re: Big Pharma and Snake Venom by Mike Adams

Here are several responses to the video that look at Dr. Ardis’s content critically:

‘Watch the Water’ Right on Remdesivir, But Snake Venom Theory Is a Stretch by Madhava Setty M.D.

What I think of the Bryan Ardis video, “Watch the Water”  by Steve Kirsch

Dr. Pierre Kory, specialist in pulmonary medicine, champion of ivermectin had this to say:

“Now, lets transition to the main theory he espouses, that SARS-CoV2 largely acts as a snake venom and that remdesivir is also made from snake venom. As to the first part of this theory, there is a bit of truth there because there is indeed a short sequence of RNA coding for amino acids that make up a part of the receptor binding domain (RBD) portion of the spike protein that is identical to snake venom. Problem with calling COVID-19 snake venom: this protein sequence is just a small part of one protein of the 29 made by SARS-CoV2 when it replicates. This does NOT mean the virus came from a snake but it does have a little snake venom protein in it.”

Dr. Bryan Ardis certainly makes it clear there is an ongoing battle between good and evil which began in the Garden of Eden. I share this so you can make up your own mind.

4/12 A clarification from Dr. Ardis on the WATER.  (It is not all about the water). He also address why children don’t normally get covid.

Well, according to empirical data in a study published in the Journal of Medical Virology, researchers performed a more detailed bioinformatics analysis of the sequence of 2019-nCoV, it suggested that this coronavirus might have come from snakes. And if as many now suspect the virus was created in a laboratory, then, dear reader, we are really dealing with some luciferian evil.

40:25: WATER: Bottomline, Dr. Ardis cannot prove it is put into the water, but water is one way that certainly can be used to spread a bioweapon.  Please only drink water from a home RO system, a Berkey gravity system, a distillation system, etc. Boiling will not work according to Mike Adams, a lab chemist with extensive experience in water testing. Listen to this video on this topic.

Smokers and Nicotine: Since 2005, it’s been known that nicotine blocks the receptors in the brain stem that are attacked by cobra venom. These receptors control the diaphragm and thus enable a person to breathe. The venom ingested will normally reach these brain receptors, paralyzing breathing. However, it was being reported early on that smokers were the least represented population among Covid sufferers (less than 5%), which is odd for a respiratory virus that should especially target smokers. In the first 6 months, however, Fauci was telling people to stop smoking; they simply lied about smokers being the most hospitalized group. Nicotine, on the contrary, protects these receptors against poisoning by venom. French researchers in 2020 worked out that the nicotine receptors that control the diaphragm’s ability to breathe were what the spike protein was targeting. So they theorized that people actually need to be given nicotine to prevent Covid.

General Antidote to Many Poisons

Methylene Blue (aka methylthioninium chloride) can be found on the WHO’s List of Essential Medications as a treatment for poisonings and is found in hospitals and also over the counter. Be sure to get the USP grade with no formaldehyde. It happens to be FDA approved for snake venom poisoning. Endalldisease.com has an indepth article on this with dosages for snake bite, poison mushrooms, cyanide, carbon monoxide poisoning and more.

Interestingly, one homeopath, Dr. Egidio Galli, is having good success with adverse-effects of vaccination using snake remedies. “Bothrops lanceolatus stands out as the remedy which gives the best similarity, not for the patient but for the illness..” and “Homeopathic Bothrops therefore could increase the expression of the ACE2 receptor and its beneficial and anti-inflammatory effects, contrast the replication and the cytopathic effect of Sars-Cov-2, and antagonise the platelet activation and the haemocoagulative and vasculitic cascade.”

The snake remedies such as Lachesis, Naja, Crotalus horridus, Bothrops lanceolatus, Cenchris and Vipera have been used with success for various heart complaints, such as clotting disorders, following COVID vaccination. (source) See more on crotalus h., the remedy of choice, in this post on hemorrhagic fever.

Consult with a seasoned homeopath to put together a plan to use any of these remedies. 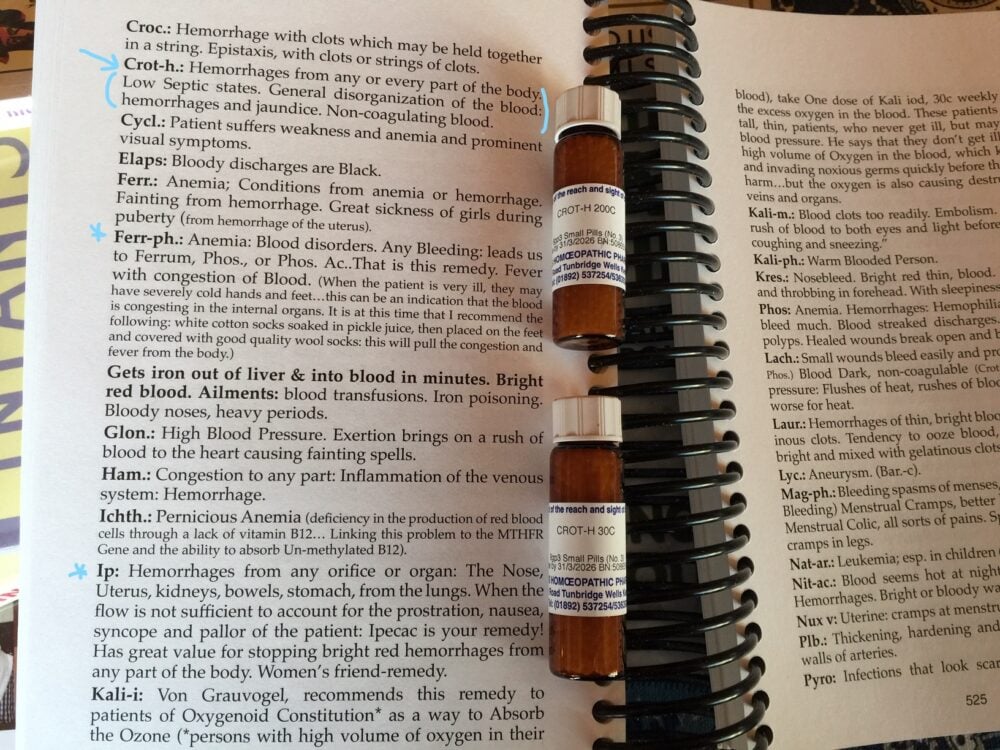 This book is so helpful! It is ‘Homeopathy: Beyond Acute Care‘ by Sue Meyer. From the section on hemmorhage.

Kali mur 6X homeopathic cell salt can be used for thrombosis, emboli and clots after the COVID vaccine, and this remedy also has the ability to bring down D-dimer levels.

In Isaiah 14:12, we read about Lucifer. He became so prideful that he began to covet the worship the other angels gave to God. He desired to usurp the throne of God and take His place. The Bible says of Lucifer:

“You have said in your heart: ‘I will ascend into heaven, I will exalt my throne above the stars of God; I will also sit on the mount of the congregation On the farthest sides of the north; I will ascend above the heights of the clouds, I will be like the Most High'” ~Isaiah 14:13,14

Jesus is the best remedy! In Numbers 21:8, the people had been bitten by serpents because of judgement. The remedy Moses gave them was to look at the serpent on the pole, representing Christ on the cross, and they were healed. That is the same serpent emblem used by the medical establishment now. They use that emblem because they want to replace Christ on the cross —they want us to look at them amd be healed! It is all so blatant. However, our remedy is to look at Jesus on the cross. In Revelation 12:11, it reads, “And they have conquered him [the antichrist] by the blood of the Lamb [Jesus] and by the word of their testimony, for they loved not their lives even unto death.”

Share
Telegram
Pin
« Intermittent Fasting Can Generate, Literally, A New Immune System
The Hidden History Of Polio, the Disease That Never Was »