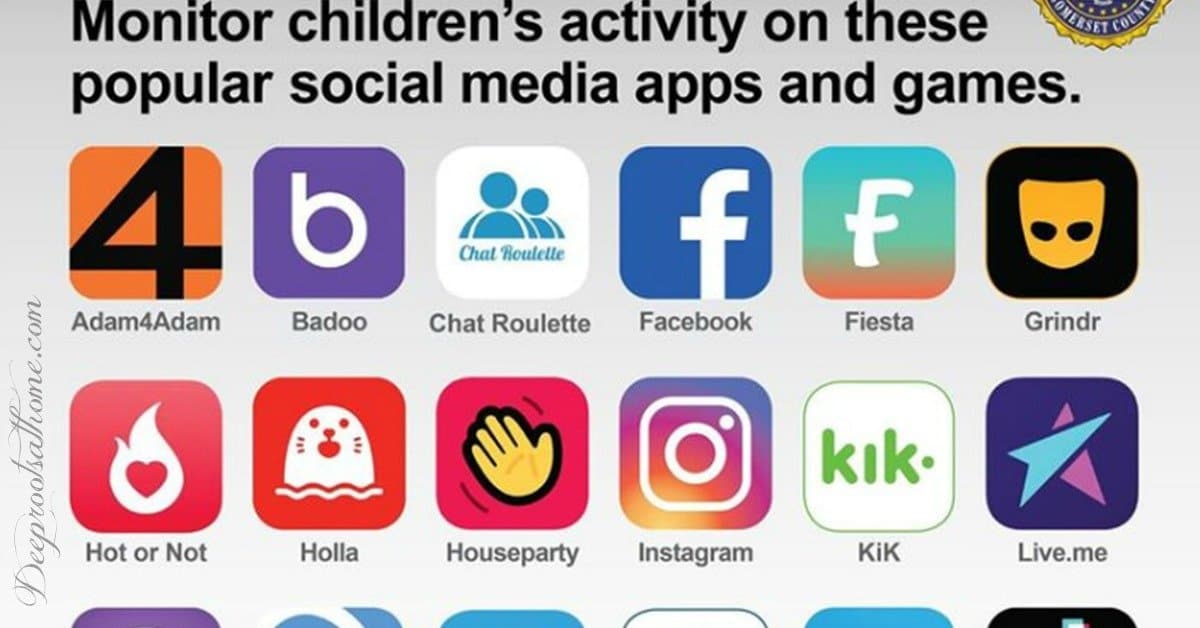 TikTok is an app popular with children that’s used for creating and sharing short videos.

More teens are on this app than all of Facebook.

According to reports, TikTok has almost 2 billion active users in 155 countries. 60% of TikTok’s audience is between 16 and 24, and experts warn, “There’s no question this is a magnet for pedophiles.” (source)

According to Reuters in 2012, 800,000 children a year were reported missing in America. In 2015, the Federal Bureau of Investigation, NCIC estimated 460,000 confirmed missing children. Wherever you get the numbers, it is TOO HIGH!

Understanding what follows below could drastically reduce the numbers if we are vigilant at home. 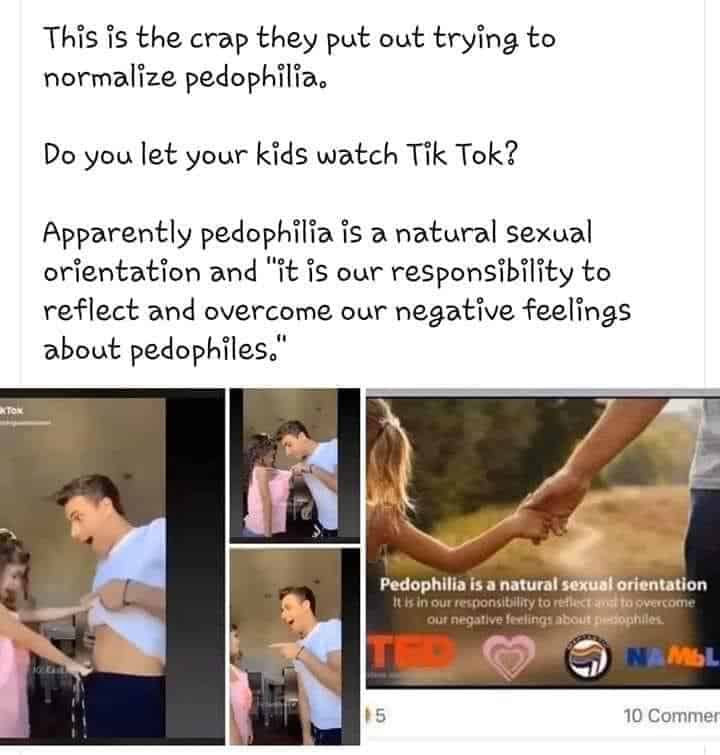 Sen. Josh Hawley discusses what this means for American users (our data as well as our children) in the Senate Subcommittee Hearing. 11/5/19

This security risk has already led our U.S. military to ban its service members from using the app due to its privacy and security issues.
TikTok has agreed to pay $5.7 million to settle charges that it illegally gathered personal information on US children under 13.

“The Pentagon even went so far as to ask their children to uninstall TikTok from their devices!”

A complaint filed by the FTC stated that in order to register for the app, people had to give an:

When signing up on TikTok, user profiles are made “public” by default – meaning anyone can view videos that your children upload.

SCMagazine a cybersecurity source warns, “TikTok’s continued use of HTTP to move sensitive data across the internet is allowing the videos and other content being sent by the app’s users to be tracked and altered.”

Potentially, this app also shows your CURRENT LOCATION at ALL TIMES to any of your followers. It will give you a FULL MAP DISPLAY right down to the name of a person’s work or school or retail location they are in and clear street names labeled.

Tim Ballard (who rescues children from sex trafficking) said it is easier to “pick up” a girl online (via the dark web) than to pick one up at a bar. He said when schools shut down last year, the pedophiles/dark web were thrilled… posting on their sites that it was harvest time…. it’s just sickening and disheartening to see what is happening to kids and their dependency on these devices….Even watching parents that are so glued to their devices that they are totally ignoring their children.

Anyone who follows a TikTok user can privately message them and initiate private conversations outside of the app.

If your child has a TikTok account, he or she has access to the public video feed. With 1 billion users, your child will probably see videos containing sexually suggestive or explicit images and hear explicit lyrics. They may unknowingly reuse music clips for their videos that contain explicit lyrics.

This app is a curiosity magnet for kids, which can lead to excessive screen time, depression and antisocial behavior, lack of sleep, and too much time online leading to addictive behavior.

“Don’t let your child have the access to the code to purchase apps on their phones, iPad and computers.” (source)

Do you/your kids use iPhones? If so, go to: Settings > iTunes and App Store > Password Settings, then select Always Require. It won’t allow apps to be downloaded without putting in the password every time.

Other Insidious Apps Besides TikTok That Groom Kids: 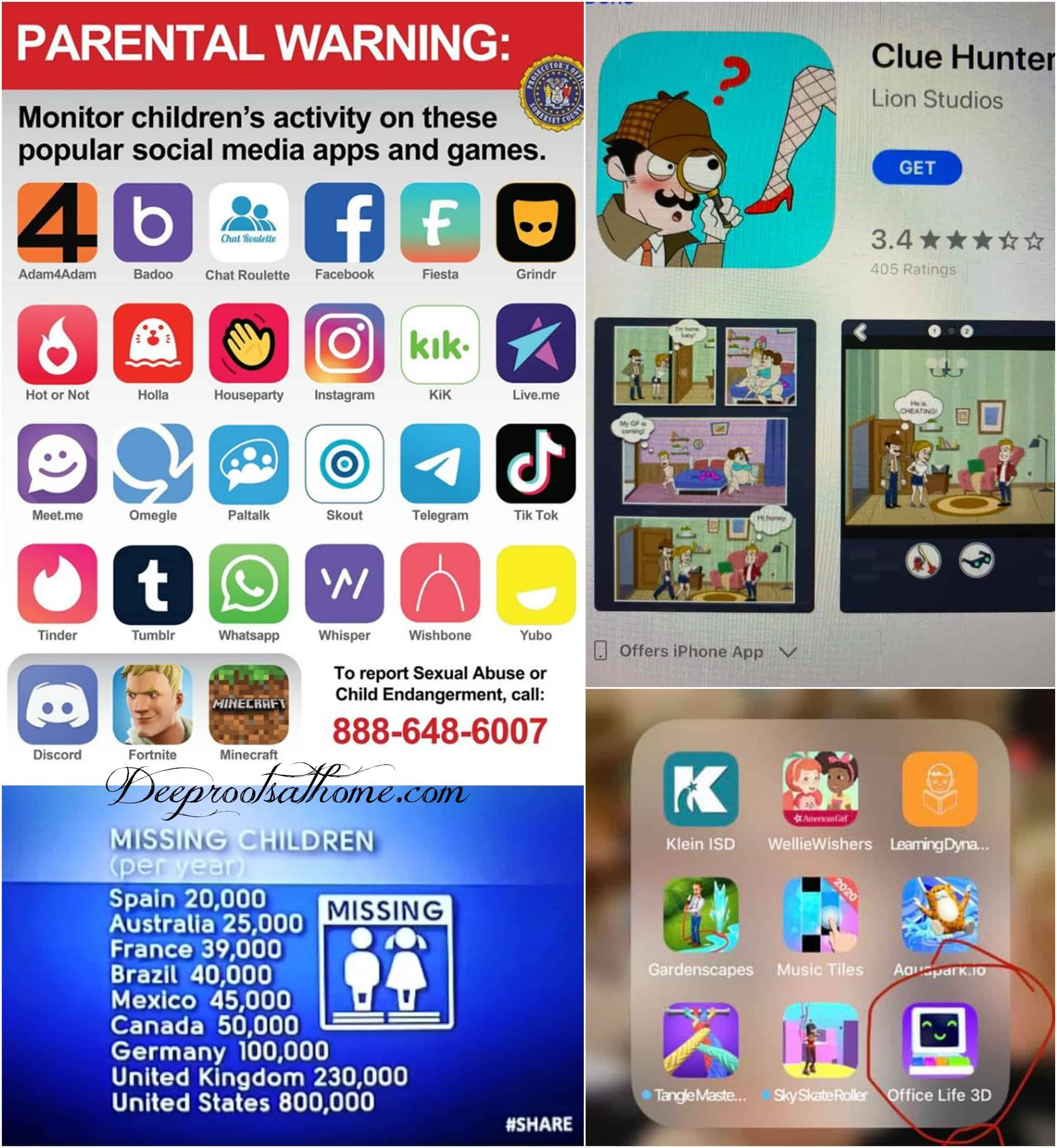 Source for the number of 800,000 US Children missing in 2019 in this image. Second source Reuters.

I am praying for you, because this is one battle we must face head on!

“If any of you lacks wisdom, you should ask God, who gives generously to all without finding fault, and it will be given to you.“ ~James 1:5 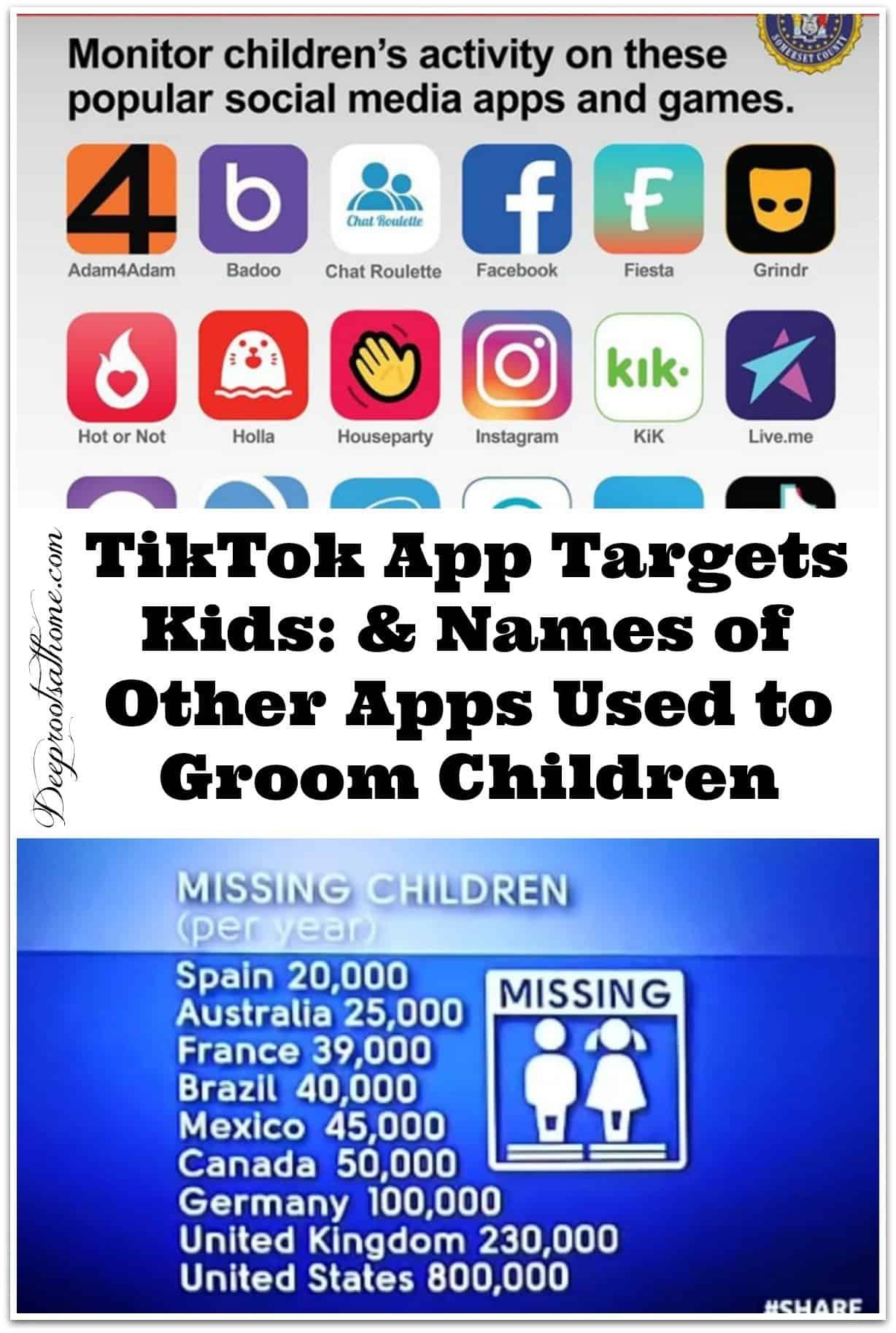