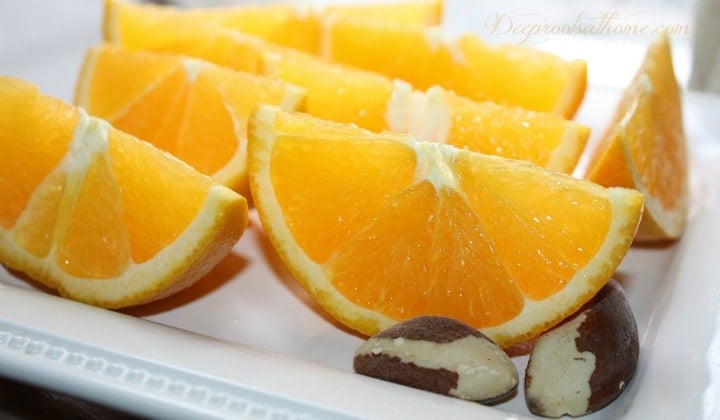 What is so special about Brazil nuts? It has a lot to do with selenium.

The ultra-trace mineral selenium has been in the news a lot lately. It has been shown in many studies both in this country and abroad to either totally prevent, or at least delay the appearance of cancer. That is pretty special! 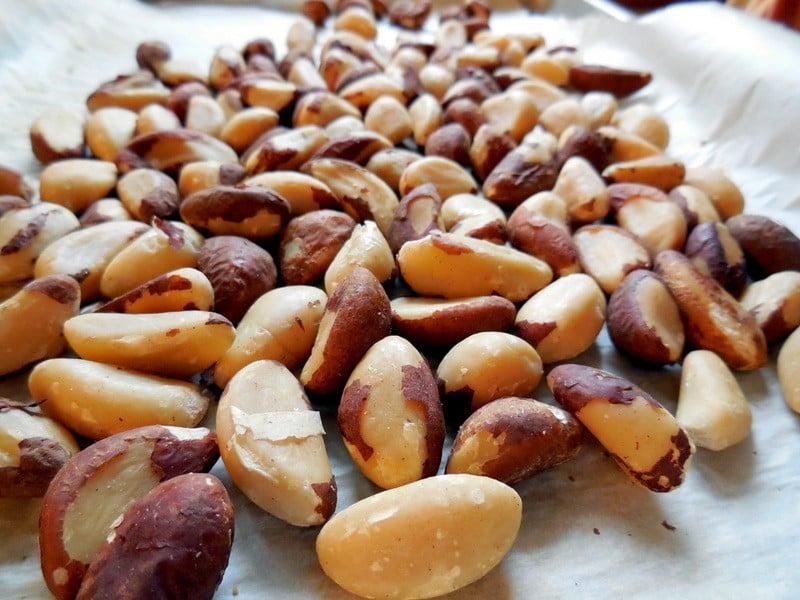 Selenium is lacking in many people’s diet due to low soil levels, possibly one underlying cause of the high levels of cancer.

Selenium is so important that it could be wise to eat 1-2 Brazil nuts regularly.

A large nut has 140 micrograms, or 254 percent of the RDA. It’s much better to get your selenium from food than from supplements, which have largely struck out in clinical trials testing them for various health benefits, and may actually pose risks. (source)

Keep in mind, however, that selenium becomes toxic in high amounts and that for adults 1-2 Brazil nuts per day is enough.

Brazil nuts contain the highest level of phytic acid of all nuts which can rob us of some minerals, but like Mark’s Daily Apple recommends, if you’re worried about phytic acid from nuts, you can play around with food-timing.

I soaked Brazil nuts for years, but later read you should not soak them. I could not find out why. Now we just skip the soaking and eat 2 per day between meals because they are high in phytates.

Studies also indicate that vitamin E, thiamine and carotenoids are lost during roasting. However, the extent of the loss really depends on the nut type and roasting temperature. Also, roasting might damage the healthy polyunsaturated fats in nuts. (source)

Where to Buy Brazil Nuts?

Trader Joe’s carries them already shelled all year round and they are very fresh and good! I’ve also seen them year round at Fresh Thyme, Whole Foods, HEB, and a few other healthier food stores. They are traditionally found in heavy brown shells around the holidays, but they are hard to shell without soaking or roasting first.

Take them as a snack separate from meals. If you are eating to prevent cancer or to help cure it, this video mentions the Brazil nut plus other helpful foods:

Where Do Brazil Nuts Come From?

I’m always curious as to where such delectable things such as Brazil nuts come from on God’s green earth, so I thought it would be fun for us to learn together!

Interestingly, Brazil nuts are not native only to Brazil. In fact, much of the Brazil nuts we buy are imported from Bolivia.

Here is what I found: The Brazil nut tree is a large tree, reaching 160 ft tall and up to 6.6 ft in diameter, making it among the largest of trees in the Amazon rain forests. This arrow-straight tree may live for 500 years or more. Brazil nut trees produce fruit almost exclusively in the most pristine forests; the unhealthy forests cannot sustain the strong, fuzzy large-body bees of specific genera, the only ones capable of lifting the coiled hood on the flower and with tongues long enough to negotiate the complex-coiled flower.

No normal nut cracker is getting through that armour-plated capsule. Each fruit pod contains twelve to twenty-five seeds held tightly together like the sections of an orange. 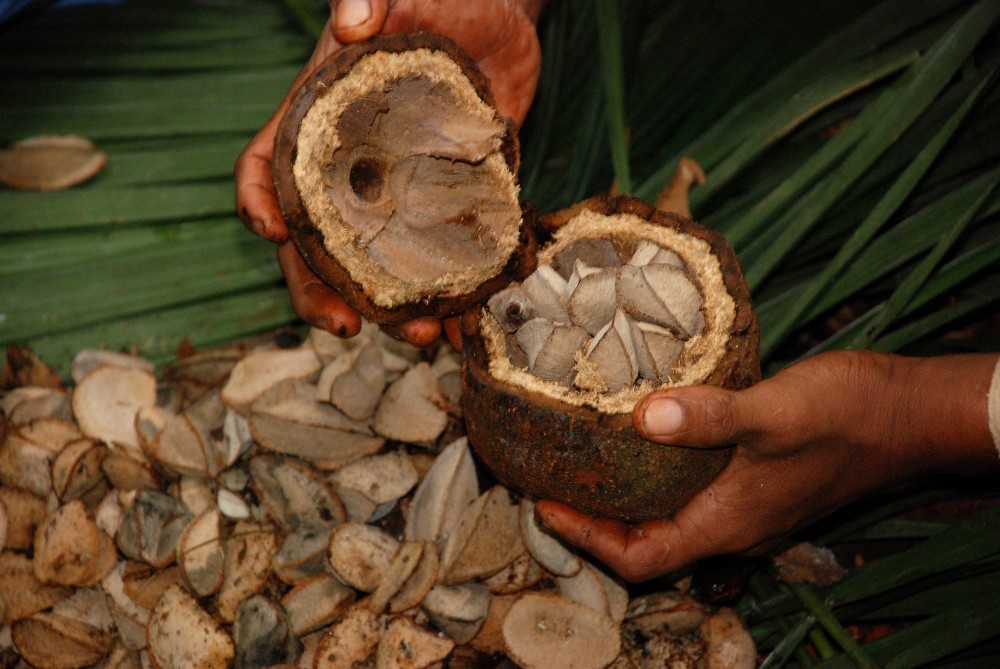 We live in an age when it is not very difficult to get so many other healthy unadulterated foods such as Brazil nuts with their unique benefits. Sometimes, but not often enough, I realize how spoiled we are and thank our Creator for His provision and goodness.

Brazil nuts contain rather high levels of an amino acid by the name of methionine. This little guy fights off chronic illness and signs of aging. 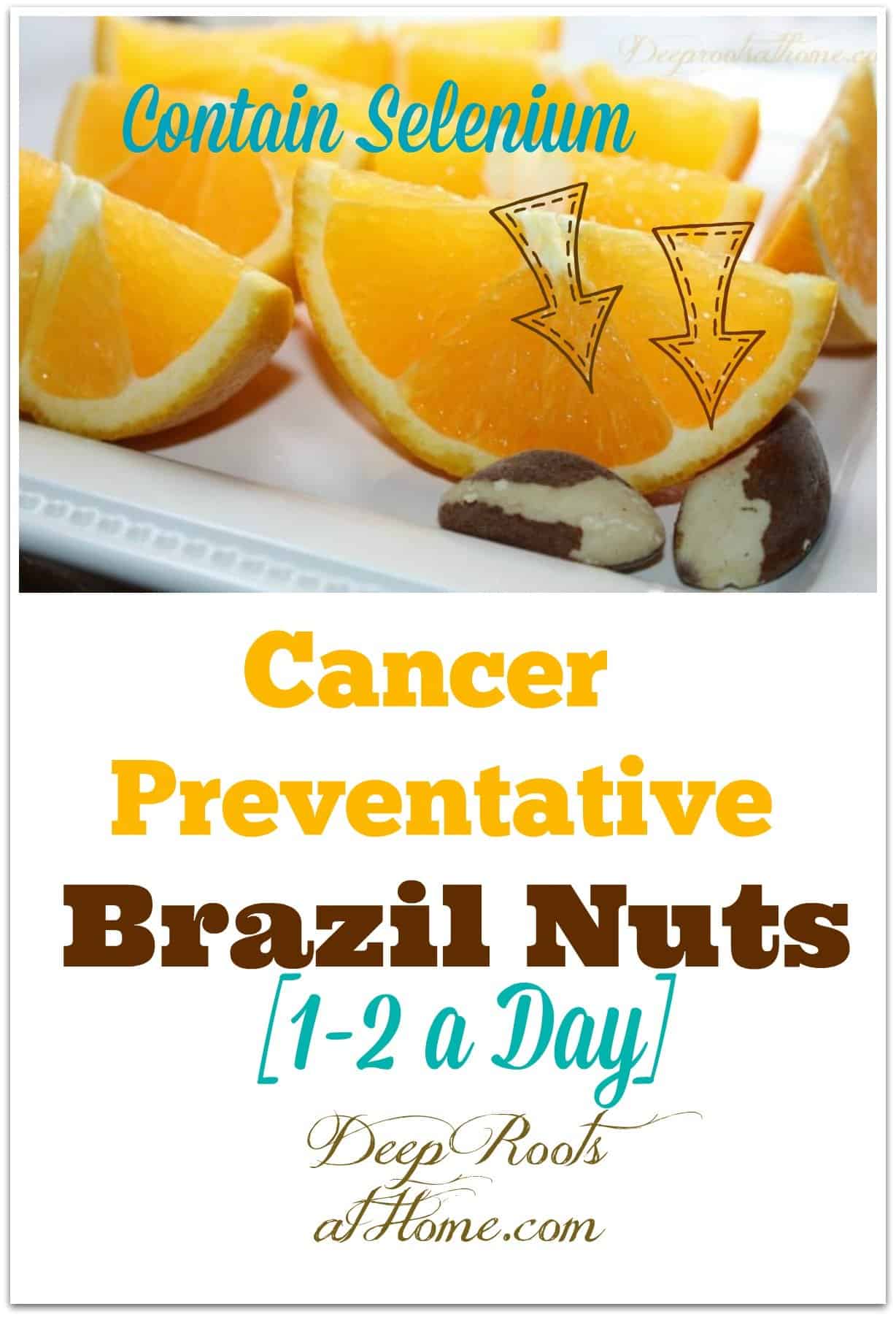