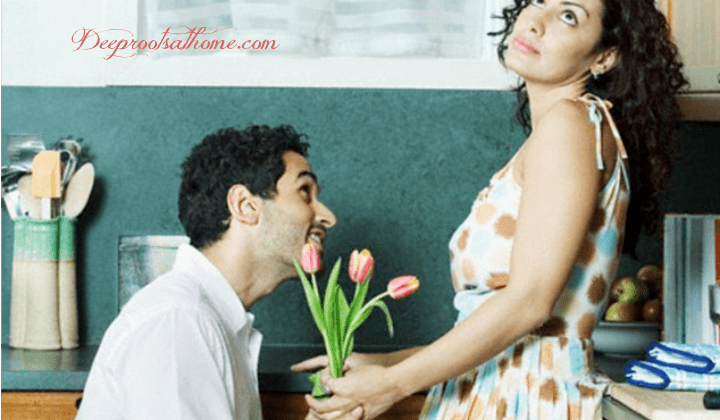 The need to ask for forgiveness is one of the most ubiquitous of human experiences. We all need to do it – a lot!

Ruth Bell Graham was right when she said, “A happy marriage is the union of two good forgivers.” Indeed, it’s essential if you are going to enjoy a truly fulfilling marriage. There’s no other relationship I know where the need to forgive presents itself more often.

You probably know of the ground-breaking work of Dr. Gary Chapman in The Five Love Languages (1992) and recognize this concept of ‘languages’.

Dr. Chapman’s premise is that many problems in relationship arise from miscommunication. He recommends that in order to be “heard” by others, we need to speak not in our natural language, but in the ‘language’ of the hearer.

My husband and I have come to realized that we have separate “apology languages.” My husband insists that he has CDD [Communication Deficit Disorder], but in reality, we all do!

We must pray and plan exactly what we will say before we ask for forgiveness.

It is so easy to say the quick words “I’m sorry”, however, when we wound someone in words or actions, “I’m sorry” may not be enough. Coming to the point of being able to say, “Will you please forgive me?” is something far more weighty: it’s humbling and requires courage and wisdom.

A sincere apology is not defending oneself, for that is not pursuing peace.

“But the wisdom that is from above is first pure, then peaceable, gentle, willing to yield, full of mercy and good fruits, without partiality and without hypocrisy.” ~James 3:17

Godly wisdom is being willing to yield. It is not being stubborn when it comes to personal conflicts as long as it does not violate truth.

When we are operating out of pride, the sincere words “Please, forgive me” don’t come easily.

The apostle Paul said in Romans 14:19: “Therefore let us pursue the things which make for peace and the things by which one may edify [build up] another.” We are to maintain an attitude of pursuing peace with humility at the expense of our pride. It is the only way to see true reconciliation.

Many times we don’t connect with the one we’ve harmed because we don’t understand how deeply they’re hurting, and so more walls are built. If we are wrapped up in our own selfish world, we fail to see the need for communicating sincere repentance to the person we have offended so they can receive it. Maybe you have been offering an apology in a “language” that is foreign to the wounded party. 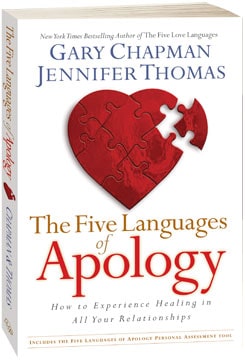 The Five Languages of Apology

The 5 Languages of Apology & Forgiveness

The five languages of apology from Gary Chapman’s book by the same name include:

List the hurtful effects of your action. Show remorse. It doesn’t count if the person is only sorry that they got caught!

Name your mistake and accept fault. Note that it is easier to say “You are right” than “I am wrong”, but the latter carries more weight.

Apology Language #3:  Restitution- Making Amends:  “What can I do to make it right?”

Is any debt owed or repayment due? How shall I make amends to you? Do they need help dusting themselves off and getting back up on their feet? How are they now?

Apology Language #4:  Repentance:  “I’ll try not to do that again.”

Apology Language #5:  Requesting Forgiveness: “Will you please forgive me?” “I want to make it right with you and be in a agood relationship with you.”

Be patient in seeking forgiveness and reconciliation. They may need some time or greater clarification of your input from Apology Languages 1 – 4.

Put Ourselves In the Other’s Place

As we think of how to ask forgiveness, we ought to make an effort to put ourselves in the other person’s place and relive the offense. First, we think of all the disappointment and hurt that our offenses caused him or her. It is out of love for them and for the Lord who forgave us, that we let the offenses break our heart.

Now in our 45th year of marriage, my husband and I are finally learning to apologize not in our own language, but each other’s language. God is granting us mercy and grace as we ask His wisdom and trust in His ways.

He is faithful when He says, “For with God nothing shall be impossible.” (Luke 1: 37) 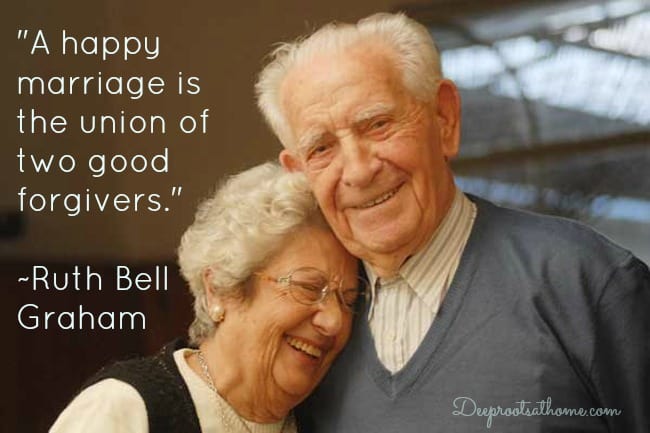 Sincere apologies break down walls and smooth the path to forgiveness and restoration.

They are a precious gift of love and tell our spouse how much you value them. May you surprise others with the authenticity, humility, and courage of your apologies!

“Bear with each other and forgive one another if any of you has a grievance against someone. Forgive as the Lord forgave you.” ~Colossians 3:13 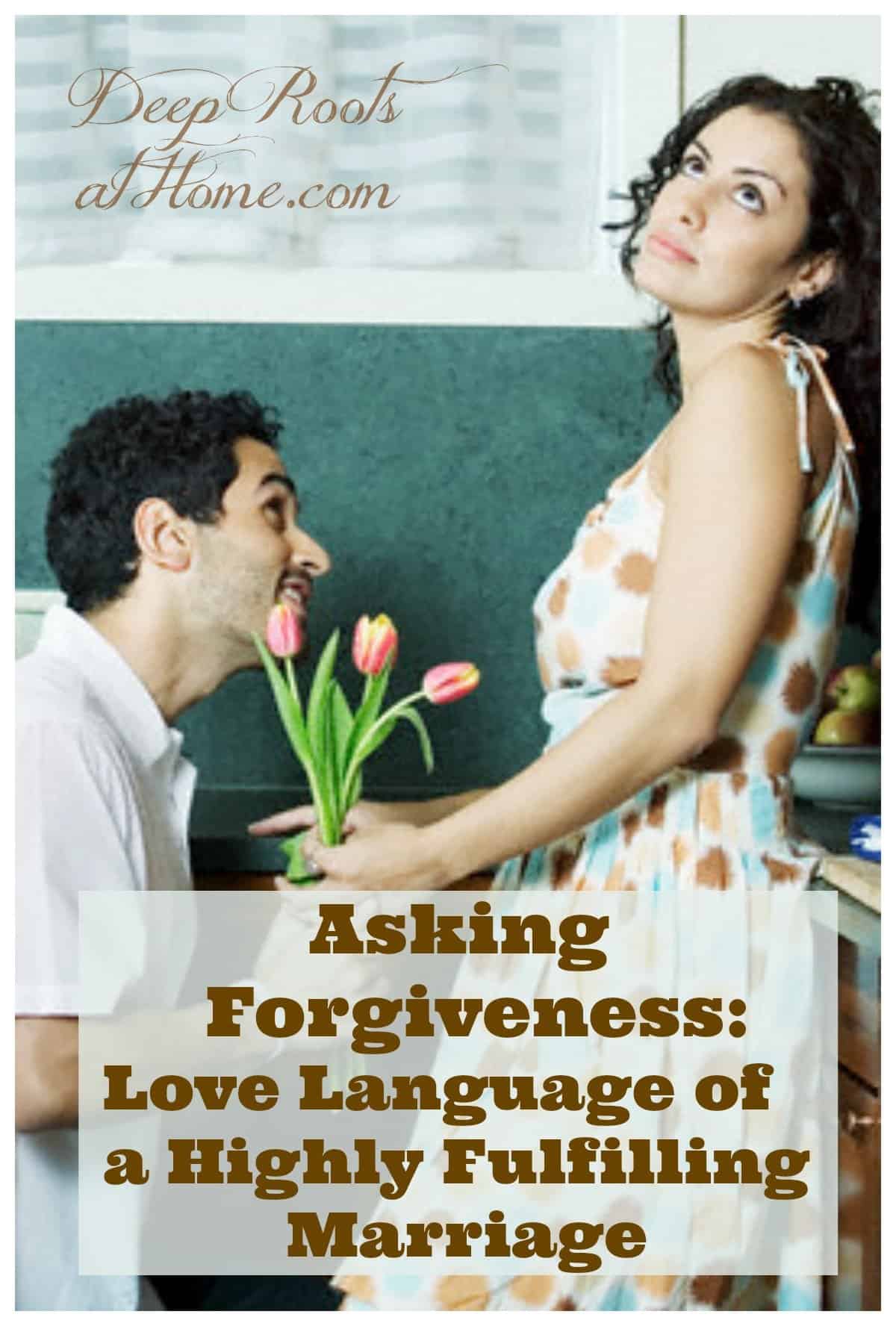 Share893
Telegram
Pin60
953 Shares
« The Father’s Love Letter for One Who is Heart-Broken, Afraid or Dying
Ants: Get Rid Of Them & Their Nest Fast, The Non-Toxic Way »