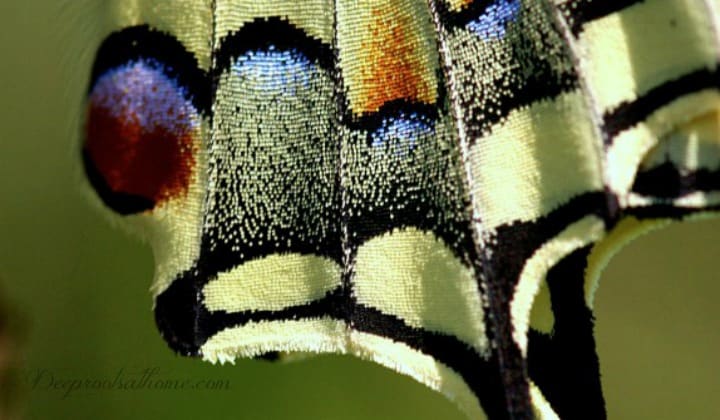 Have you ever had a chance to look closely at the detail on butterfly wings? If you take a moment to look with eyes to ‘see’, you might find evidence of God’s creational power where you least expect it.

We’re often going about our lives at such a frenetic pace that it’s easy to forget the little things, those minute details that can at times inspire true wonder, especially in the heart of a child.

Simple things like the different varieties of chicken eggs – kinds beget like-kind, but with diversity and the Artist’s playful creativity… 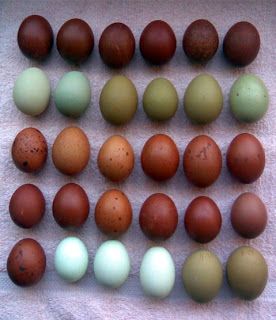 I remember the day my father, always interested in the diverse beauty of nature, showed me something that arrested and helped form my young thoughts about God!

My dad was reading a magazine article about butterfly wings from around the world – all of the English alphabet and numerals, zero through nine, had been found among them.

I was in awe. My child’s heart recognized the creativity of God in that moment! 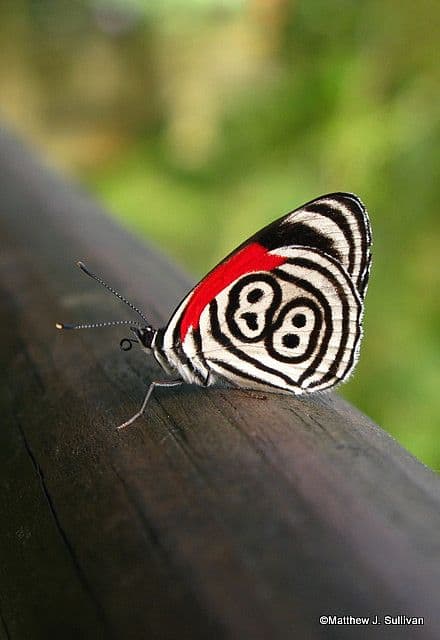 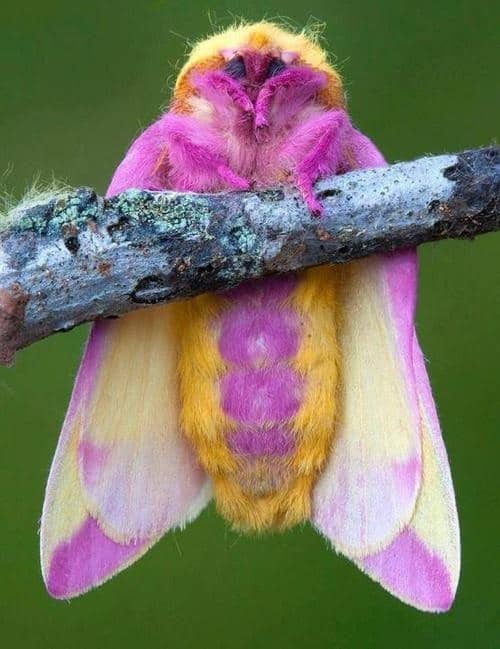 It occurred to me that God might just have designed things in our world to bring us pleasure – that it might have given Him pleasure to create such a diverse and interesting world of color and intricacy to point us to Himself! 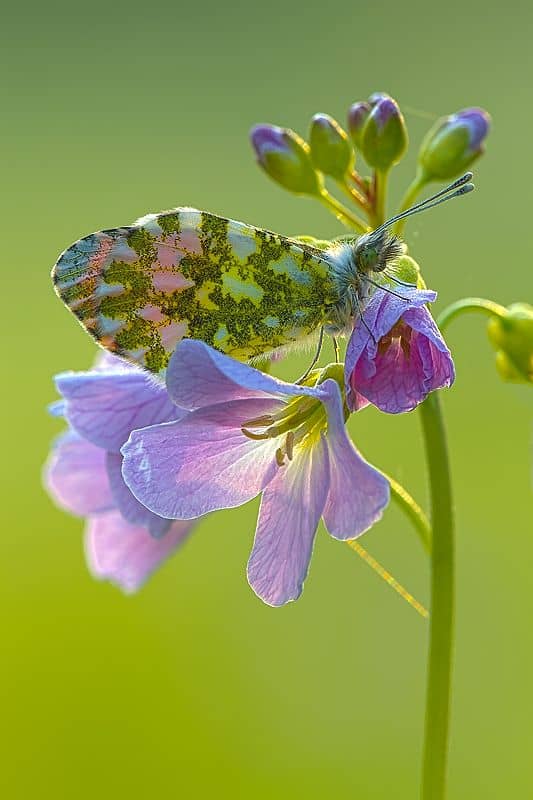 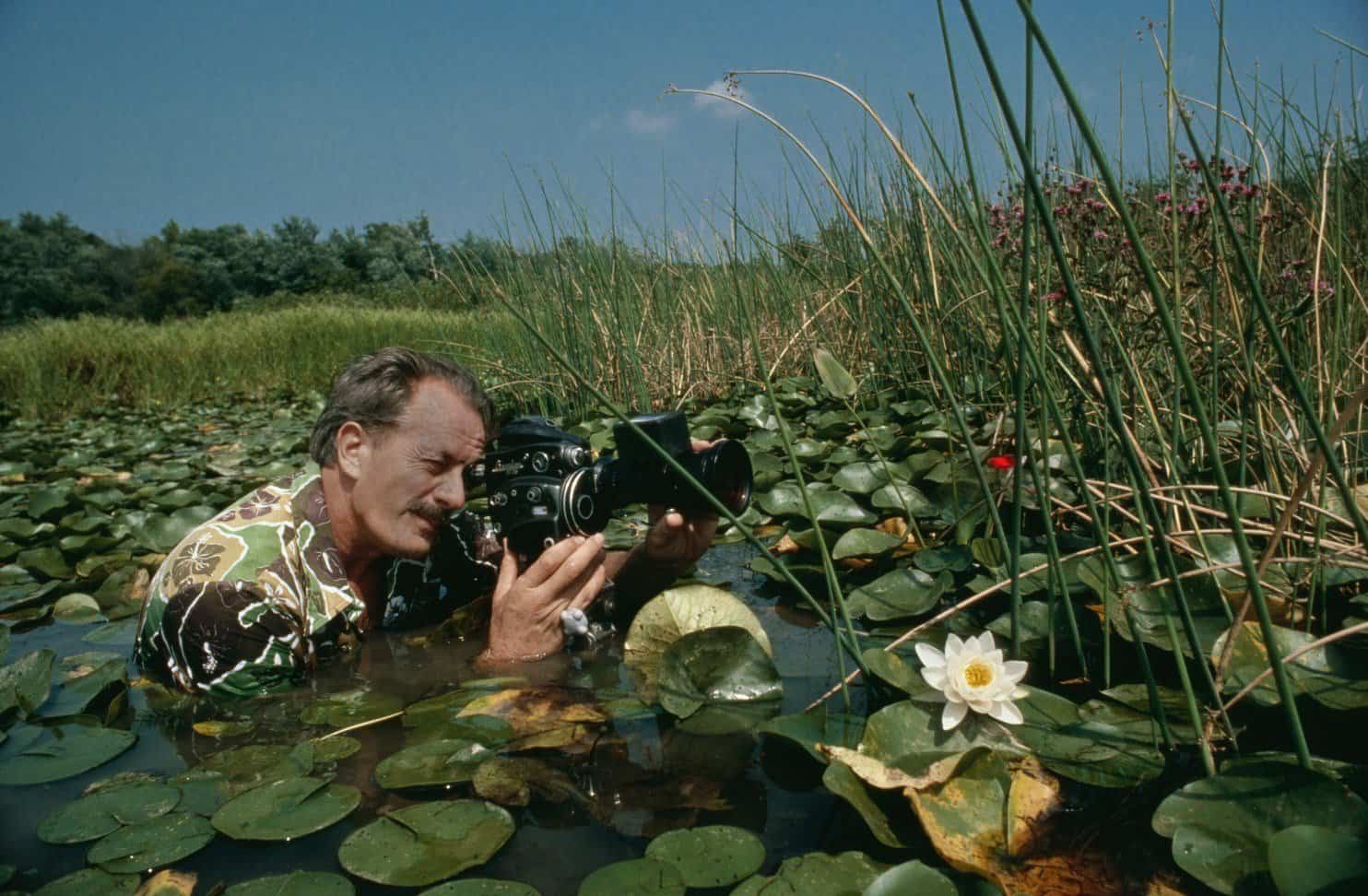 Here is a portion of the story on his website Butterfly Alphabet:

This most extraordinary discovery began that spring of 1960 in the attic of the National Museum of Natural History in the Smithsonian Institution in Washington, D.C. Surrounded by drawers and boxes full of exotic butterflies, Kjell made a surprising discovery. He noticed an old Havana cigar box packed away in a corner. Opening the aromatic box, there it was: a silvery letter “F” woven into the golden wing of a Lepidoptera. “I looked at the design under the microscope and marveled at its beauty; it was a perfect letter F. Not even a calligrapher could have improved on its delicacy.” He was so impressed with the image that he took a photograph of the butterfly wing and hung it above his desk, admiring it for months.

After glancing at the image daily, Kjell felt an idea begin to take shape: “One day it suddenly dawned on me that since I had found one letter of the alphabet, there might be others flying around out there.” Could he find more letters on butterfly wings?

Little did he know then that his revealing discovery was to place him among the world’s most well-known nature photographers. 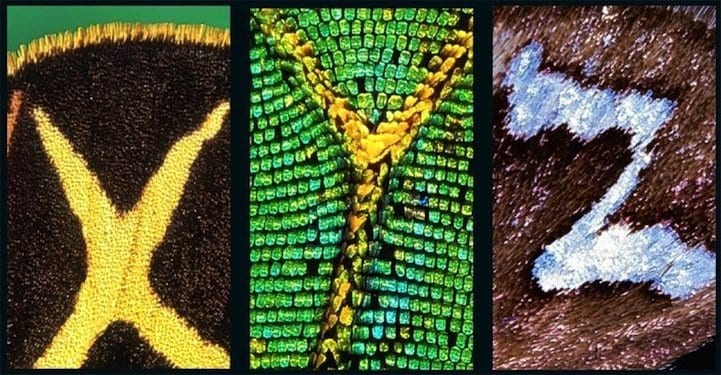 The letters you see here are just a very small sampling of the tremendous variety he found. I can only imagine the artistic delight God took in creating ‘for His pleasure’ and by His will!

“You are worthy, our Lord and God, to receive glory and honor and power, for You created all things, and by Your will they were created and have their being.” ~Revelations 4:11 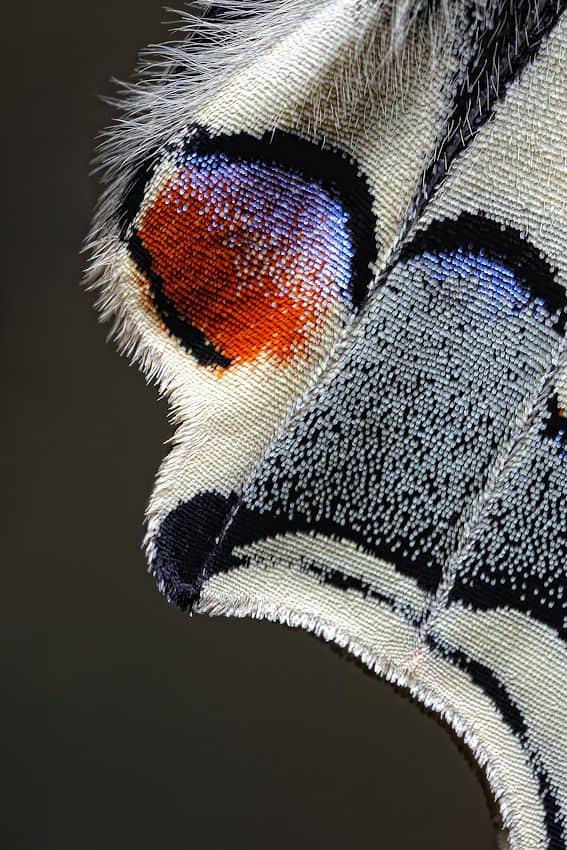 Butterfly Wings: A Beautiful Way to Teach the Alphabet

Sandved compiled a collection of pictures and his book Butterfly Alphabet features all twenty six letters and single digit numbers, naturally occurring on the insects’ wings. 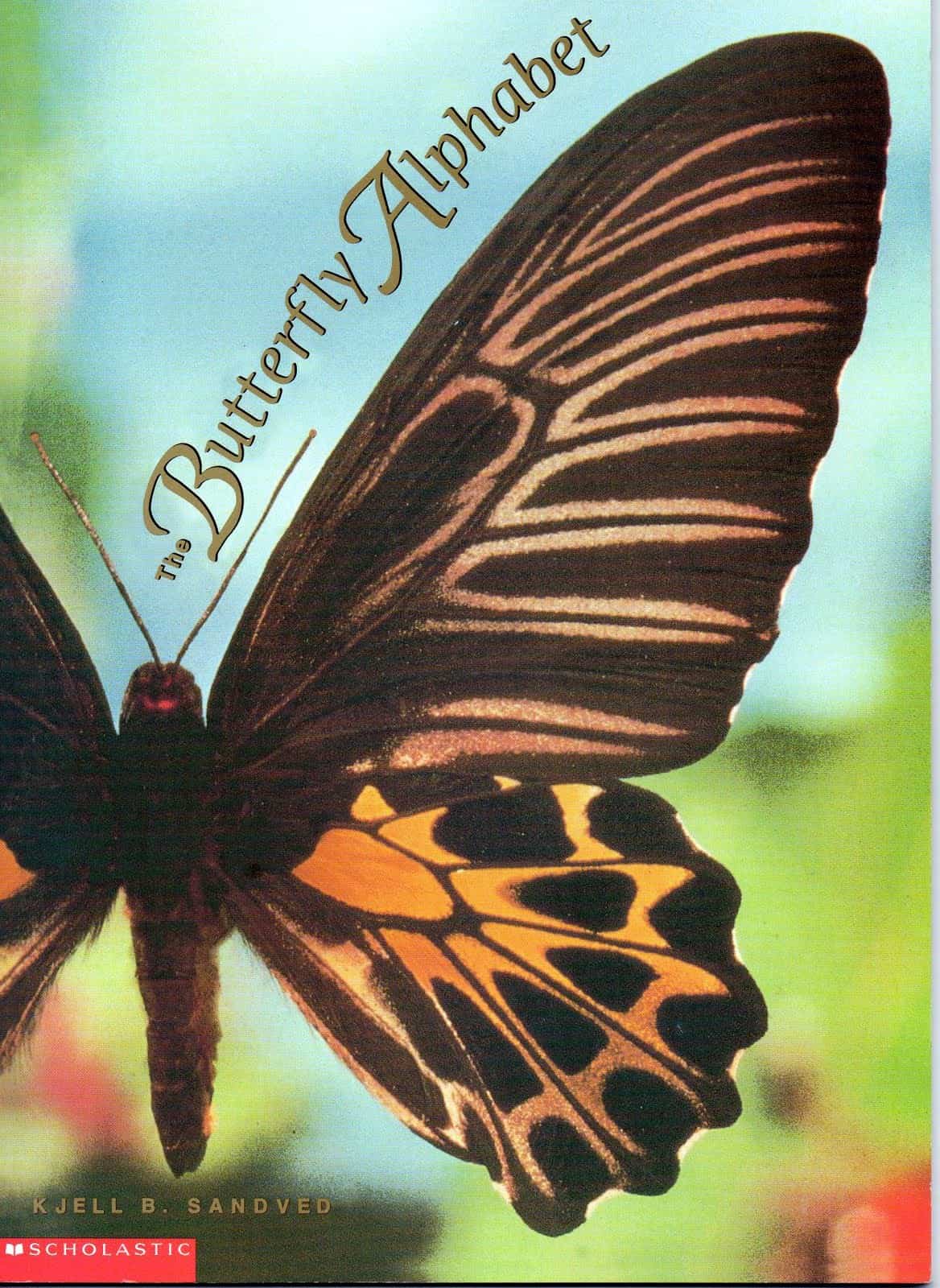 In his great statement on the depravity of the human race, the Apostle Paul writes:

“Since the creation of the world His invisible attributes are clearly seen, being understood by the things that are made, even His eternal power and Godhead, so that they are without excuse.” ~Romans 1:20

Whether we are able to see God in creation, depends on what we mean by “seeing.” Having been created in the “image” and “likeness” of God (Genesis 1:26), human beings—not animals—have the amazing capacity to believe in Him!

This happens by the illuminating work of the Holy Spirit in one’s mind and conscience, even though we do not and cannot see Him with our physical eyes. Someday He will show His people all the things about Him that we might have seen in His created universe—if we had utilized our God-given capacities of spiritual discernment – and much more besides.

I thank God for the enormous mass of evidences of His glory (though dimmed from what it will be like in Heaven) in the universe above us, and the living world around and within us.

Think of the beauties and mysteries we cannot see with the naked eye! 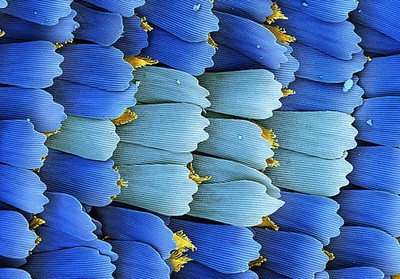 Butterfly wing (scale 840:1) A butterfly’s wings are covered with a sort of coloured “dust” that vanishes if touched. (source) 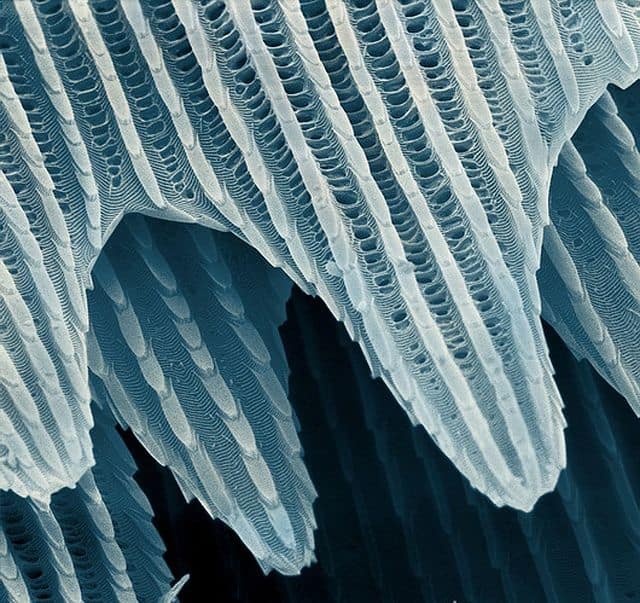 “How came the bodies of animals to be contrived with so much art, and for what ends were their several parts? Was the eye contrived without skill in Opticks, and the ear without knowledge of sounds?…and these things being rightly dispatch’d, does it not appear from phænomena that there is a Being incorporeal, living, intelligent…?”  ~Isaac Newton, Opticks

“O Lord, how manifold are Your works!
In wisdom You have made them all.
The earth is full of Your possessions—”
~Psalm 104: 24 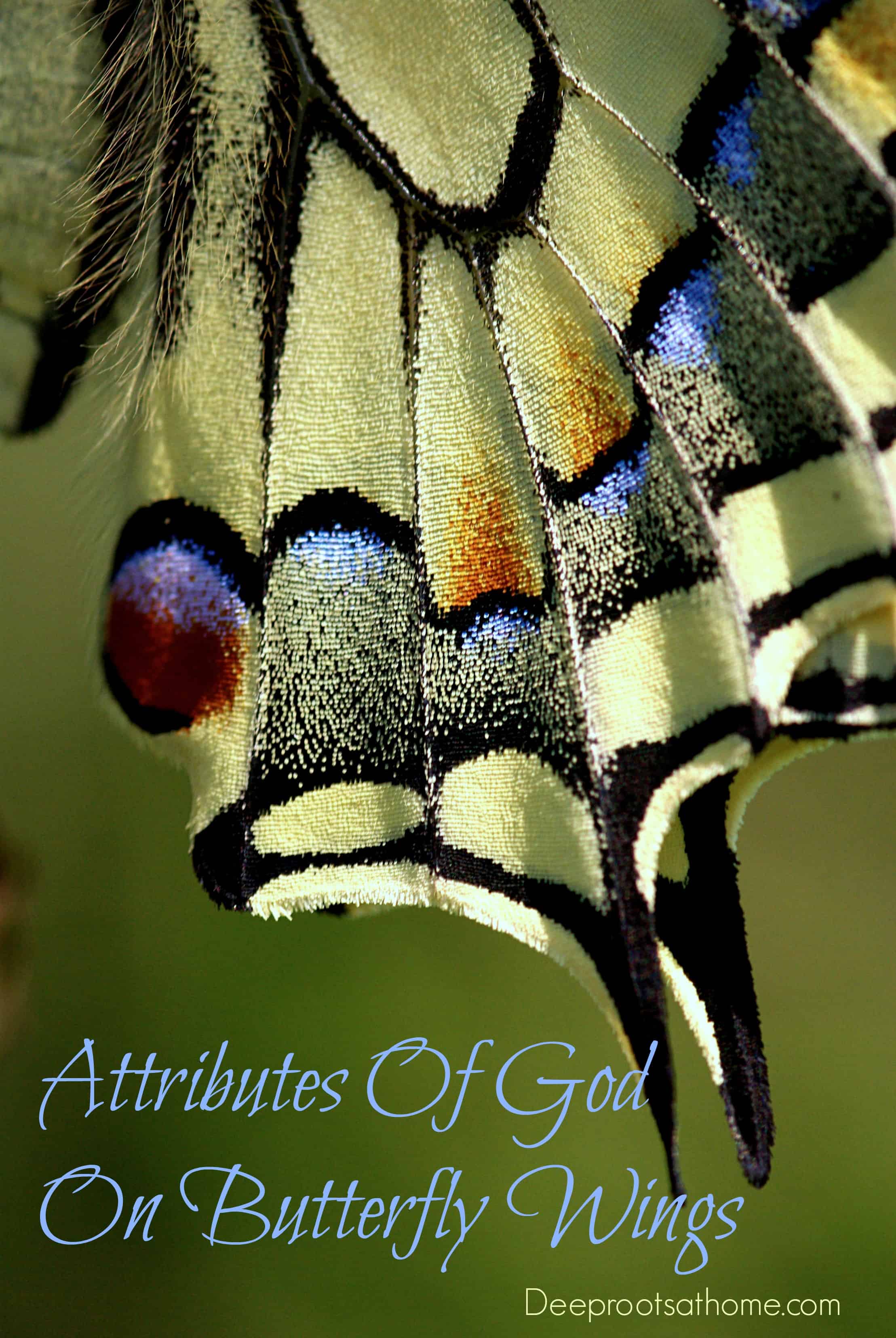