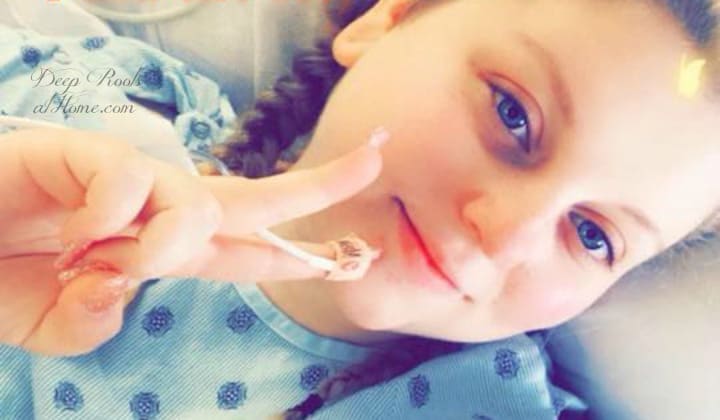 [This post by Breana Carlson was on FB Sept. 10 ’18. I put it out in the hopes that it will give increased knowledge of what birth control (and many drugs) can do to wreck an otherwise normal life. Breana gives permissions in her original post.]

“I’ve been debating on posting this, but today particularly is a rough day for me, and I decided it was time to put my story out there. This might be TMI or graphic to some (pictures attached), so read with caution.

I genuinely feel like birth control has ruined my life.

I started my pill when I was in 6th or 7th grade to regulate my menstrual cycles. I had terrible periods, huge blood clots, and cramps so bad that I couldn’t get out of bed. I also was moody and had started getting a lot of acne so my doctor decided birth control would suit me well.

I started taking Junel with hopes of my cycles getting better. A couple months in my periods lightened up and and my cramps were bearable. My acne was going away and my mood was much better. I was so happy that I found the pill could help with all of my problems.

Anywhere from 6 months to a year in (I’m not exactly sure how long) my periods completely stopped. Of course being a young busy girl I thought this was awesome because no one wants to deal with bleeding for a week, but my mom was worried about it. She swore it was not normal for a woman to not have a period. We talked to my gynecologist and nurses about it and they explained to me and my mother how it was normal that I wasn’t having a period.

My gynecologist even drew a diagram for us explaining that the birth control pill was getting rid of the lining of my uterus, therefore having nothing to shed, resulting in no periods. She even printed off pamphlets for us to look over and told us websites we could check out.

My mom finally accepted this for a short time but she still had her suspicions about me not having periods.

For the next couple years after being on birth control I started having random medical issues. I would get sick randomly a LOT and have intestinal issues that doctors couldn’t explain. My primary care doctor ran tests on me often and my SED rate was always high but they couldn’t determine why. I was sent to a rheumatologist, a gastroenterologist, and many more different doctors just to get the same answer. “Your SED rate is high but we can’t pinpoint what is causing it”.

I had a colonoscopy and endoscopy to rule out any GI issues. I had 3 surgeries/procedures on my toenails/toes because the rheumatologist at Riley swore I just had ingrown toenails which were causing my levels to be messed up. I had many ER trips for unexplainable symptoms and pain. Every time I went to the ER they said I had an infection in my lymph nodes and put me on antibiotics and or steroids.

This past year, I’ve had constant pain in my stomach and back that no one could seem to help me with. My mom still swore it had to do with my birth control so I went back to the OBGYN multiple times just for them to brush me off really, and explain that everything looked normal and my pills wouldn’t cause the issues I was having.

My primary care doctor ended up getting a new nurse who was interested in my case and wanted to help. She got me in to see her and did a lot of blood work and ran a lot of tests on me. She knew something was wrong and said she would get to the bottom of it no matter what it took. She sent me to an awesome gastroenterologist who was on board with getting to the bottom of everything.

She sent me to get an abdominal ultrasound. I was told it would take 2-3 business days to get results on it but was called back later that day and told I had 3 tumors on my liver. One of which was growing pretty rapidly and they were concerned about. I ended up having 2 MRIs to get a closer look at them. After the MRIs my gastroenterologist called me in the next business day for an appointment and told me I needed to have surgery to remove the large tumor. 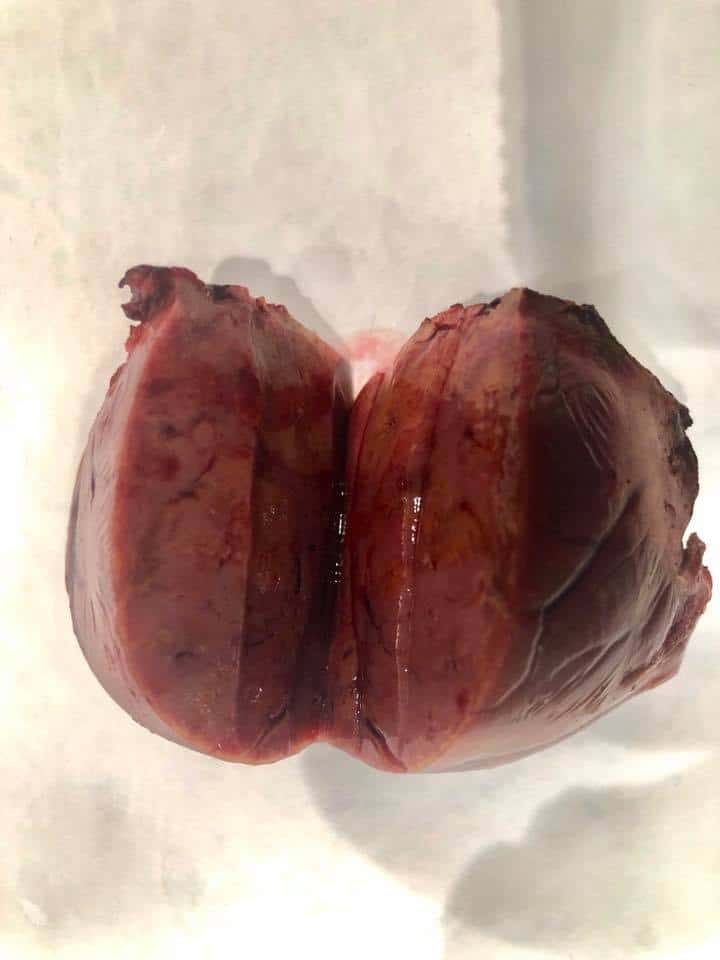 She referred me to a surgeon in Indianapolis.

I met the surgeon and she explained to me that these tumors are from my birth control.

To make it even better, the tumor(s) was discovered on a CT scan from the ER back in 2015 or 2016 and was NEVER brought to mine or my moms attention.

It was also noticed in 2017 and had been reported to have had doubled in size. But still for some reason this was never brought up or thought to be an issue apparently.

Now in 2018, the biggest tumor had almost tripled in size and 2 more had developed. My surgeon estimated the largest tumor to be the size of a softball. I had my consultation on a Friday and she scheduled my surgery for the following Monday.

On August 27th I had a partial hepatectomy preformed. Thank God my nurse, gastroenterologist, and surgeon were on it, because the tumor was hemorrhaging.

I was cut open 4 times to remove the largest tumor. My surgeon decided to leave the other two because they are in a more dangerous spot and probably couldn’t be done laparoscopically. I’ve missed over two weeks of work because of this and many days in the past due to unexplainable pain. I am now off my birth control and having tons of issues with that. My hormones are all messed up.

I feel like I’m going to cry even though outwardly nothing is wrong with me. I’ve been cramping everyday. I’m probably going to go back to having terrible menstrual cycles. Also, if I want to have children it will be considered a high-risk pregnancy.

She said that these tumors feed off of hormones so pregnancy would be the worst thing for them. I would have to have regular appointments with her in Indy and while delivering I would also be having a serious surgery at the same time. (That is if I can even conceive after all of this and having what she thinks is PCOS.)

Plus I still have a long road ahead with new doctors and new medications because all of the issues caused by my birth control.

Point is, I’ve been through hell and back ever since I’ve been on birth control. If I could go back I would have NEVER taken it.

I am posting this in hopes that some young girl somewhere sees it and thinks long and hard before starting birth control.

I was never warned about any of this.

I was constantly reassured that everything was okay and I was normal.

Please research and think long and hard before putting any medication into your body. I feel so low in my life with everything going on right now, all because of a birth control PILL, I wish I would’ve never taken.” (See the side-effects of CB pills below).

Updated with another related personal story by reader, Val S.: ” They put me on BC at age 14. I wound up developing pseudotumor cerebri, which means “false tumor of the brain”.
None of the Drs realized it was the BC, they were getting ready to place a stint in my spinal chord, my mom started researching it. As a nurse she had access to a lot of data. She found out BC causes it. I stopped BC and started improving immediately. I’ll never be 100%, I still get swelling in my brain every month, just before that time, when I was pregnant with Jordan they almost had to put a stint in it got so bad.
Wish I knew then everything I know now.”

But there is more to the story….

The Birth Control Pill Can Kill Your Unborn Baby

This video explains how the pill is abortifacient (i.e., how it can kill your preborn baby WITHOUT YOU EVEN KNOWING):

It is important to keep in mind that scientists have confirmed that at the moment the sperm and the egg join (fertilization), a new human being is created who is completely different from his/her mother. (source)

According to MedicalNewsToday and MedicineNet, common side effects of oral contraceptives include: 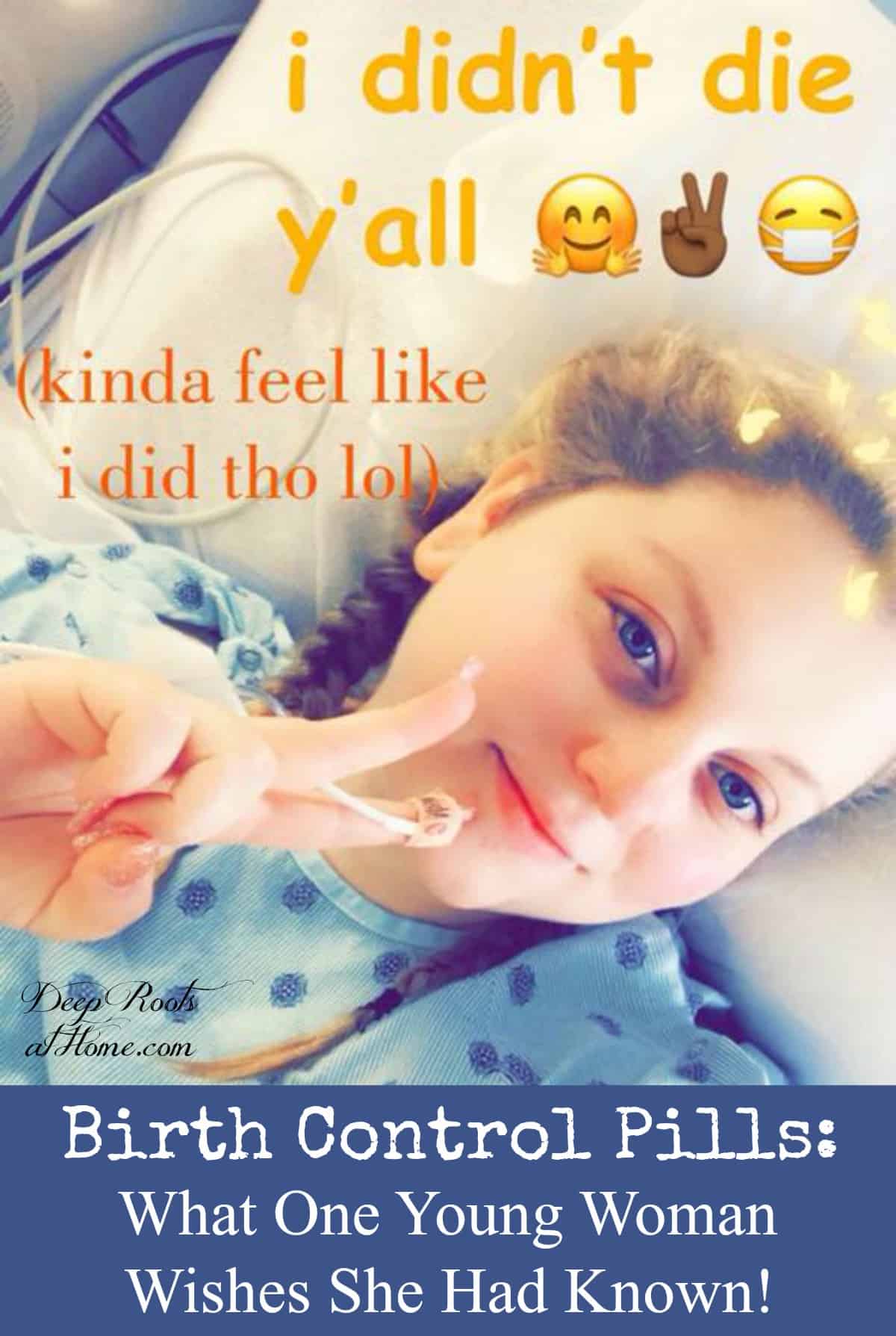 Share3.1K
Telegram
Pin228
3.3K Shares
« Are You a Boy-Mom? 9 Helpful Things We Can Learn About Our Sons
Frequency of Life: Royal Rife, Nikola Tesla & Lessons We Can Learn »