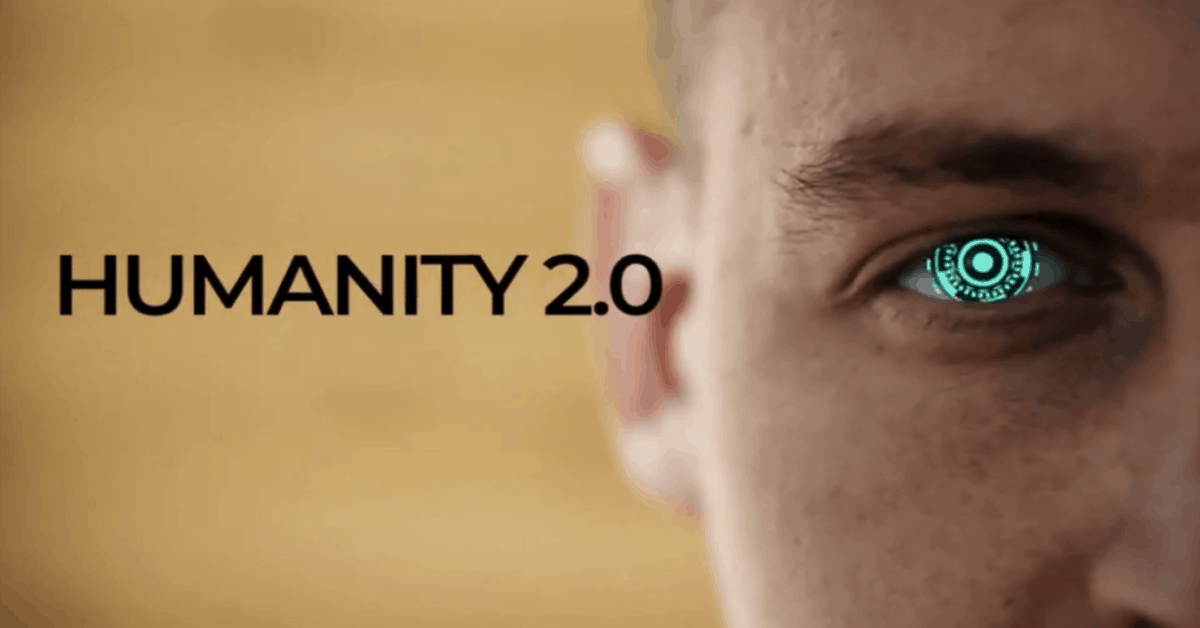 Only last February these technologies would have been thought unimaginable!

There are completely experimental technologies imparted within several of the new covid-19 “gene therapies”.

Dr. Carrie Madej’s eerie video explanation (below) of what is being urged/rushed upon you and your family is worth 21 minutes of your time.  Dr. Madej’s video is a wake-up call to us all. Links to what Dr. Madej talks about are laced throughout this article.

We need to be very well-informed. This is not like a flu vaccine. This is something brand new and completely experimental on the human race.

These are technologies being introduced that can change the way we live, who we are, and what we are – all very quickly.

Transhumanism is where technology is melded and is inseparable from humans. Elon Musk (Tesla) and Ray Kurzweil (Google) are big proponents of going from human 1.0 to 2.0.

Transhumanism therefore requires “the destruction of “the Judeo-Christian morality, which is based on absolute principles and values.” (source)

This dystopian scenario is no longer the stuff of science fiction, but an integral part of the proposed post-pandemic “Great Reset,” Dr. Miklos Lukacs de Pereny said at a recent summit on COVID-19. (source)

It is precisely the aim of the Great Reset, promoted by German economist Klaus Schwab, CEO and founder of World Economic Forum (WEF), along with billionaire “philanthropists” George Soros and Bill Gates and other owners, managers, and shareholders of Big Tech, Big Pharma, and Big Finance who meet at the WEF retreats at Davos, Switzerland, contended Lukacs. (source)

Transhumanism is far from a benign doctrine. Rather, it is at complete enmity with Christian ethics.

Transhumanists take science as their religion and believe in a philosophy of “absolute relativism” that claims that individuals can change reality at will, and they seek to “relativize the human being” and “turn it into a putty that can be modified or molded to our taste and our desire and by rejecting those limits nature or God have placed on us.” (source)

One of the technologies employed in the Moderna vaccine is transfection, broadly defined as a process of artificially introducing nucleic acids (DNA or RNA) into cells, instead of utilizing viral vectors (carriers).  For example, geneticists plan to use transfection to eliminate mosquitoes from the planet and therefore mosquito-borne disease like smallpox.

Bill Gates is caught admitting his vaccine will change your DNA forever in a 1.50 minute video here.

Moderna is fast-tracking its vaccine… in months rather than years. The US government is reported to have struck a $1,525 Billion deal for 100 million doses of Moderna’s COVID19 vaccine.

Any jab WOULD NEED TO BE SAFER than the average death rate for people who contract Covid-19 which is well below 1% according to Just Facts (and is much closer to that of the seasonal flu than figures that were commonly reported by the press). (source)

For a model vaccine consent/refusal form that will help you understand the risks you are taking, will help retain your confidentiality, and requires the vaccinating doctor confirm in his/her professional opinion the vaccine poses less risk than the virus, go to www.Covid19consent.com This site has been taken down…

Be informed. Don’t sign a consent form you are unfamiliar with.

Hand your doctor YOUR CONSENT FORM.  Don’t sign theirs that waives your rights to confidentiality of your medical records, waives your right to make those who administer your vaccine legally accountable for any malpractice (vaccinating sick people or people who do not respond well to vaccines of any kind, like people with diabetes, high blood pressure, autoimmune disorders), and doesn’t disclose all of the adjuvants and ingredients in the vaccine (heavy metals).

Pfizer and Moderna vaccine technologies are made using synthetic (man-made) mRNA. Unlike DNA, which carries genetic information for every cell in the human body, messenger RNA (mRNA) directs the body’s protein production in a much more focused way.  The vaccines essentially work by sneaking in instructions that direct the body to produce a small amount of the spike protein. Once the immune system detects this protein, the body subsequently begins producing protective antibodies against it. (source)

It has been reported that one of the Pfizer vaccine’s technologies contains a spike protein called syncytin-1, vital for the formation of human placenta in women. It is also in the male sperm.  Syncytin and its receptor are present in human gametes. Female gametes are called ova or egg cells, and male gametes are called sperm. If the vaccine works so that we form an immune response AGAINST the spike protein, we are also training the female body to attack syncytin-1, and in men which would cause the male sperm to not fuse with the female egg cells, which could lead to infertility in women and men of an unspecified duration. (source)

But this tells me the concerns have merit. Read former Vice President and Chief Scientist for Pfizer (Dr. Michael Yeadon’s), warning words here.

This is not the first example of attempts at population control: UN Vaccines Sterilize 500,000 Women in Kenya

You can hear the very words coming out of Sir John Bell’s mouth in this 2:36 minute video at 1:45-2:00, shocking the interviewer:

(Professor Sir John Bell, professor of medicine at Oxford University, a part of B. Gate’s GAVI team, and a member of SAGE (Scientific Advisory Group for Emergencies) sits on the government’s vaccine task force.)

“Beloved, do not believe every spirit, but test the spirits to see whether they are from God, for many false prophets have gone out into the world.” ~1 John 4:1

Share3.8K
Telegram
Pin11
3.8K Shares
« The Star of Bethlehem: Was it Planets, a New Star, or Something Else?
The Most Amazing, Personalized Testing for Cancer on the Market »