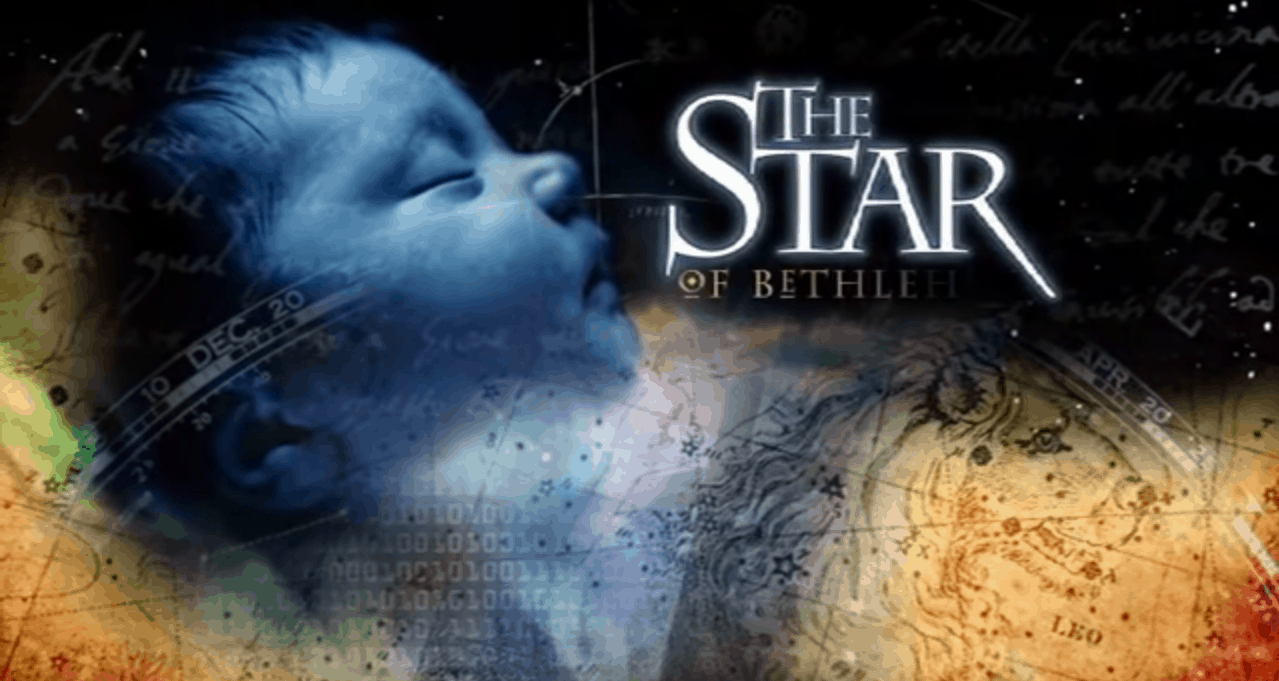 A conjunction of Jupiter and Saturn is coming the evening of December 21, 2020, and the entire 4th week of December!

As 2020 comes to a close, the solar system has decided to grace us with a cosmic Christmas miracle that hasn’t been witnessed in nearly 800 years.

On Dec. 21, Jupiter and Saturn will align so closely in the night sky that they’ll almost appear to collide from our vantage point here on Earth, creating a radiant point of light that some have speculated to be the “Star of Bethlehem” or the “Christmas Star” (though I believe the actual “Star” was NOT these two planets aligning but something more miraculous, provided by God, to lead the magi which persisted for days to guide them on their journey).

Alignments between these two planets aren’t unusual, occurring once every 20 years or so, but this conjunction is exceptionally rare because of how close the planets will appear to be to one another. You’d have to go all the way back to just before dawn on March 4, 1226, to see a closer alignment between these objects visible in the night sky.

The event, sometimes referred to as The Great Conjunction, is the closest the planets will line up in the night sky since the Middle Ages. Technically, Saturn will be 10 au (astronomical units) from Earth, and Jupiter will be 5 au away, but they will appear to be less than the diameter of a full moon apart.

To catch a glimpse of the phenomenon for yourself, make sure you have a clear view to the southwest about 45 minutes after sunset.

The planets will be at their closest on Dec. 21, but the “Christmas Star” will be visible from anywhere on Earth for about one hour after sunset in the northern hemisphere for the entire fourth week of December.

If you’re viewing with a telescope, you may also be able to see Jupiter and Saturn’s largest moons orbiting them that week. The next Great Conjunction this close won’t happen until March 15, 2080, so be sure to take a peek out your window tomorrow for a brilliant treat.

Perhaps it was while David was attending sheep on a clear night with the stars brightly shining that he picked up his gittith, a stringed instrument, and began to strum and chant these amazing words of the Psalm he had written. What a tremendous God! How marvelous is His name! David’s Psalms reflects on God’s glory and the amazing fact that it is entirely under his control.

“The heavens declare the glory of God; the sky displays His handiwork.” ~Psalm 19:1

Let’s Switch Gears to the Phenomenon that Announced the Place of the Birth of Christ.

150 years ago John H. Hopkins, Jr. penned the words and music of this haunting carol of the wise men:

“We three kings of Orient are
bearing gifts, we traverse afar…”

They weren’t kings. We’re pretty sure of that. Nor were there necessarily three of them. Nor did they go by the storied names Caspar, Melchior and Balthasar. But who were they and why did they come? How do they fit into the story of Jesus’ infancy?

Who Are the Magi?

With no warning, an elaborate entourage from the East appears in Jerusalem at Herod’s court inquiring about the birth of the “King of the Jews.”

These men are described as “Wise men” or “Magi”. The word is magos, “a (Persian, then also Babylonian) wise man and priest, who was expert in astrology, interpretation of dreams, and various other occult arts.”

Where were they from? The text says “the east” (anatolē), the direction from which the sun rises. Where could that be?

There are three main possibilities:

Men of wisdom and learning from an exotic, far away land bringing a caravan into the capital city of the Jews, seeking a newborn king, they must have attracted attention.

What Was the “Real” Star the Magi Saw?

“… and asked, ‘Where is the one who has been born king of the Jews? We saw his star in the east and have come to worship him.‘” ~Matthew 2:2

“Star” (astēr) wasn’t used in a modern scientific sense. Rather it referred to “a luminous body (other than the sun) visible in the sky.” Foerster (5) notes, “astēr almost always denotes a single “star,” whereas astron can also be used for a “constellation.” The phrase “in the east” (NIV, KJV, anatolē) in verses 2 and 9 may well carry the meaning “at its rising” (NRSV), of the “upward movement of celestial bodies.” (6)

Here are some of the debunked possibilities:

When he had called together all the people’s chief priests and teachers of the law, he asked them where the Christ was to be born. 5‘In Bethlehem in Judea,’ they replied, ‘for this is what the prophet has written of in Micah 5:2:

“But you, O Bethlehem Ephrathah, who are too little to be among the clans from Judah, from you shall come forth for me one who is to be ruler in Israel, whose coming forth is from of old, from ancient of days.”

Note that the Magi came seeking “the one who has been born king of the Jews”, but Herod asked the scholars where the Messiah (Greek Christos) would be born. He understood immediately that this child they sought was no normal king, but the Messiah himself.

Magi Led by a Moving Star – Then it Stops!

“After they had heard the king, they went on their way, and the star they had seen in the east went ahead of them until it stopped over the place where the child was. When they saw the star, they were overjoyed.” ~Matthew 2:9-10

It seems that they had seen the star “at its rising” (or “in the East”) and had come to Jerusalem, since that is where they expected to find a newborn King of the Jews. But now the star, which seems to have disappeared for a while, now reappears and “went ahead of them.” Proagō means “to move ahead or go before, lead the way, precede.”(15)  Finally it “stopped” (NIV, NRSV) or “stood” (KJV) over the place where the child was.” Histēmi, “set, place,” here means “to desist from movement and be in a stationary position, stand still, stop.” (16)

What Exactly Was the Phenomenon the Magi Saw?

This is excellent and worthy of the time -using the Starry Night software! Share it with your older family!

Presenter Rick Larson walks you through Biblical and historical clues revealing the incredible significance of this celestial event as well as the vastness of God’s creativity. Discover the secret of the Star – a secret of magnificent beauty.

All of it is really amazing to gain understanding, but to get to the meat, start at 30:20.

This much shorter video is also very helpful for those wanting to gain more understanding!

“O Lord, our Lord, how magnificent are your handiworks throughout all the earth! You reveal your majesty in the heavens above!” ~Psalm 8:1

Profound Christmas Quotations For Your Heart To Ponder

Many thanks for excerpts of text from JesusWalk.com 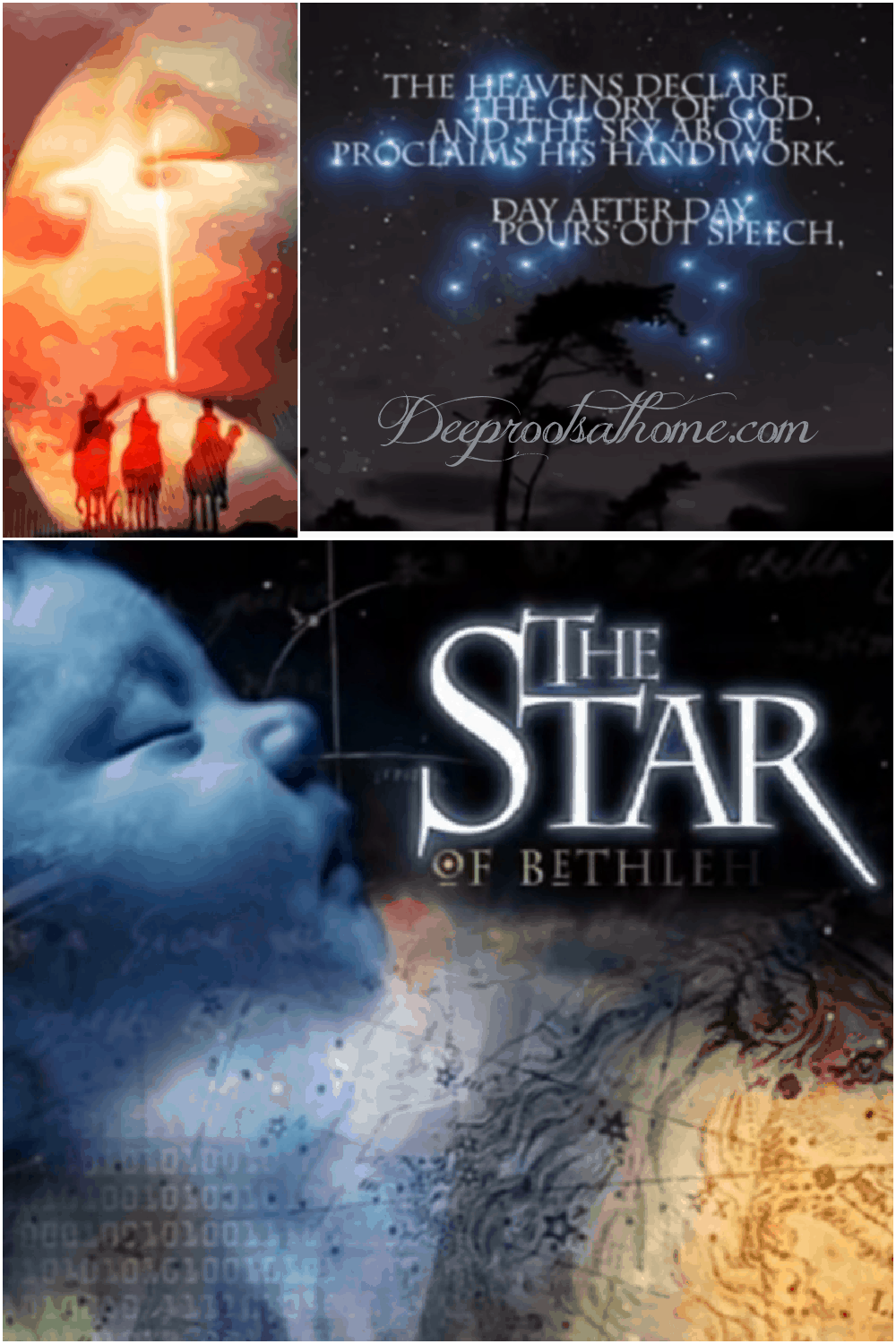 Share3.7K
Telegram
Pin73
3.8K Shares
« Why Did Deaths of Older People Stay the Same Before & After COVID-19?
Coming Right Up: mRNA & New Technologies Altering the Genome »