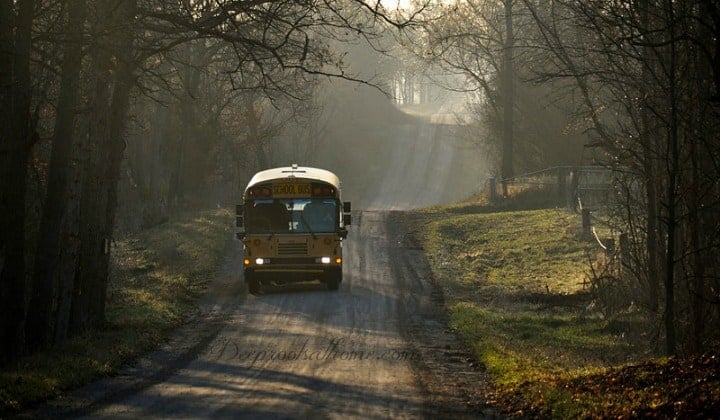 Something very sad but fascinating is happening to us parents in this postmodern era. We’re being lied to.

We’re being told that we aren’t necessary and what’s worse is many are buying into the lie!  After all, they say the “village” can do it better. Well, I’ve seen the village. I don’t want it raising my children.

I call it “culture creep.” I live in a rural (well, it used to be rural) part of Washington State. Slowly but surely, urban sprawl has reached my town. I like the convenience that comes with it; for example, we just got Red Robin and Walmart last year… but I don’t like the traffic. I loathe the congested streets and long lines at the grocery store. I miss the “small town” feel that it used to have at Christmas and the 4th of July.

Culture is the same way. Except that from what I can tell, we’re not benefiting one bit. There are no perks. The culture has it’s own agenda.

Look carefully. It’s creeping up into places where parents should not want it to go.

Slowly but surely, culture is shutting parents out of what should be the parent’s primary place: decision makers in the lives of their children.
Parents have the right and responsibility to know what is happening with their children.
Anything precipitated by “don’t tell your parents” sets a child up for abuse and exploitation.

I just learned the Anne Arundel County Public School District in Maryland has instructed teachers and faculty to let transgender students bunk with other students of the gender with which they identify — and not tell parents.

The short video with the following quote has been taken down, so you have to listen to the full version below.

In a video of a June meeting titled “Supporting Transgender Students in School,” Bob Mosier, the district’s chief communications officer, told teachers and administrators how to handle transgender issues at overnight school-related events:

“Many of you might be asking yourselves, “So I’m at an overnight field trip, and I have student who’s biologically a male, identifies as a female and we’ve worked with that student and her family, and that student wants to sleep in the dorms, or whatever sleeping arrangements are, with the females. They don’t want to sleep in a room by themselves; they want to sleep with the rest of the females. So what do we do?” And the answer is, they sleep with the females. That’s not the easy answer; it’s the right answer. And in some cases, it’s going to cause issues, because … the private information piece doesn’t allow you to share that with parents of all of the other campers. Right? So that’s difficult.” ~Bob Mosier

Another school official had just explained how such issues relating to a student’s personal information, including identity, are “private” and not to be discussed with other parents.

Oh, and pssst! By the way: since the school values the transgender student’s privacy, make sure no one tells the parents.

Since when did we stop valuing a parent’s right to know what-in-the-world is happening with their children? How can parents make wise decisions for their children if information is being purposely withheld from them? How can we protect our kids if we don’t know what they’re being taught or exposed to?

And how is this not infringing on the rights of the other children and their family?

Parents today are being told that kids can make their own decisions (starting in elementary school) on everything from birth control to which gender they want to be. What used to be regarded as a parent’s responsibility is often seen as an infringement on the child.

Here in my state, simple tasks like looking at my 13 yr olds’ medical records require effort, persistence and even permission from my 13 year old. If we want to stay in the race and finish it well, we must refuse to be sidelined.

Moms who go the distance possess a willingness to endure rather than become a passive onlooker in the lives of their children.

I understand that there are abuse situations that require different measures, but shutting healthy parents out of the lives of their kids is not the solution. Keeping parents from knowing what is happening with their children at school should not be commonplace! It should be a crime.

Courts ruled back in the 80s and 90s for in loco parentis, Latin for “in the place of a parent.” Once your child is on the school grounds in their care they are no longer yours and you have varying rights to no rights whatsoever as to what goes on there. A teen can get birth control medication or even implants/devices without the parents’ knowledge or consent, as well as abortions. If that child then suffers any adverse effects, the parents do not have the correct information to give to medical/emergency personnel, which could put the child’s life in jeopardy.

When the world says “give up” or “it’s not your business,” I challenge you to stand up for the sake of your child. Go ahead and risk being annoying. Be the mom who knows the names of your child’s friends. Be the mom who asks the hard questions and loves unconditionally.

Be the mom who refuses to be sidelined and instead guides her child in the way of Truth through every stage of growing up, including adolescence. 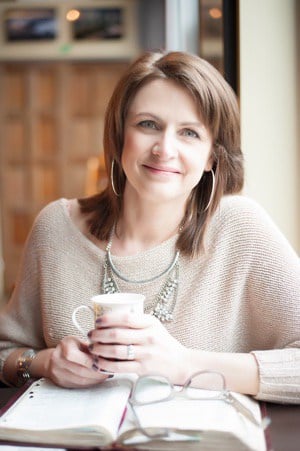 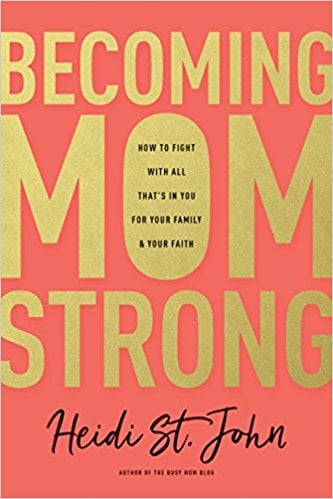 Heidi St. John is a speaker, author and writes TheBusyMom.com. Heidi speaks frequently all over the country sharing encouragement and biblical truth with women. Heidi and her husband live in Washington State, where they enjoy life with their seven children.

Heidi believes that today’s mothers need a special kind of strength. We need to be strong in the Lord and in the power of His might. We dare not rely on human strength for the battles we’re facing right now.

Becoming MomStrong: How to Fight with All That’s in You for Your Family and Your Faith has a powerful message just for you – the mom in the midst of it all.

As parents, we have to stand up for our rights.