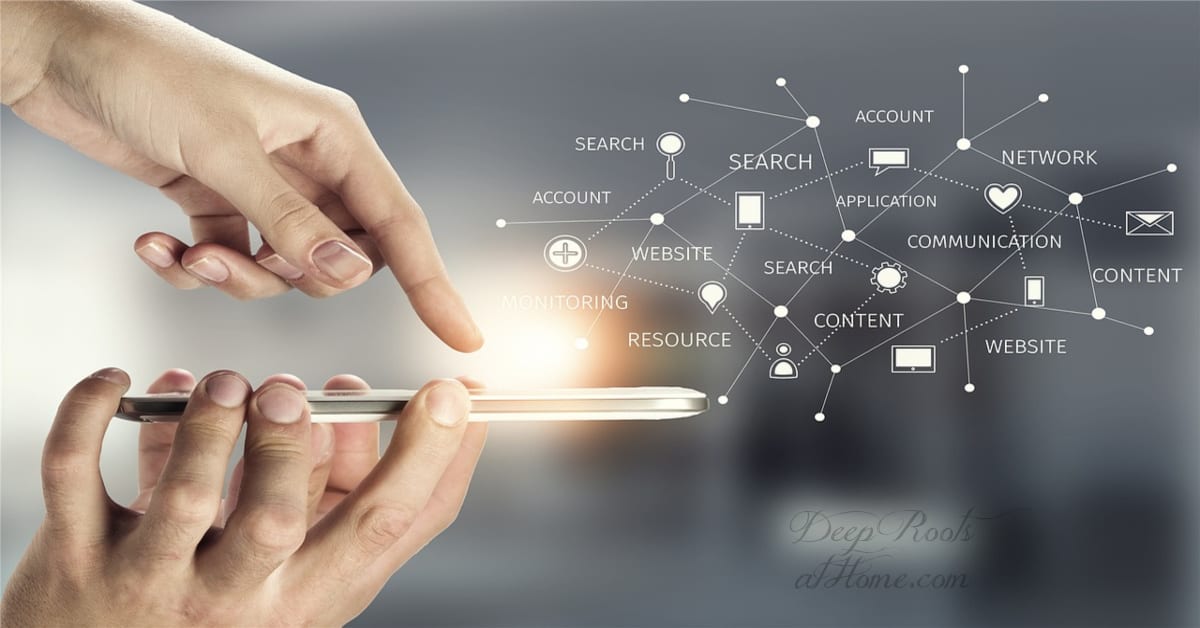 Image by Yan Wong from Pixabay

“Americans deserve the freedom to choose a life without surveillance and the government regulation that would make that possible. While we continue to believe the sentiment, we fear it may soon be obsolete or irrelevant. We deserve that freedom, but the window to achieve it narrows a little more each day. If we don’t act now, with great urgency, it may very well close for good.” ~Charlie Warzel and Stuart A. Thompson, New York Times

[Excerpts by constitutional attorney John W. Whitehead of The Rutherford Institute. I share because we need to know how to protect our families and homes!]

Databit by databit, we are building our own electronic concentration camps.

With every new smart piece of smart technology we acquire, every new app we download, every new photo or post we share online, we are making it that much easier for the government and its corporate partners to identify, track and eventually find us.

Saint or sinner, it doesn’t matter because we’re all being swept up into a massive digital data dragnet that does not distinguish between those who are innocent of wrongdoing, suspects, or criminals. 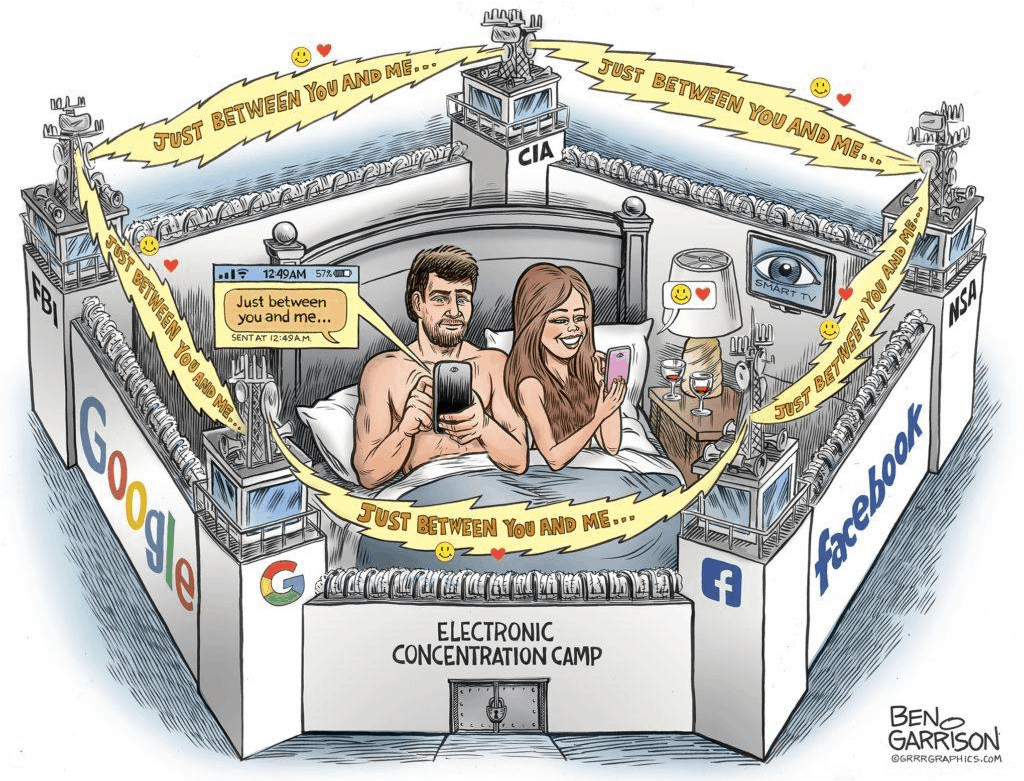 Forget about being innocent until proven guilty.

In a suspect society such as ours, the burden of proof has been flipped: now, you start off guilty and have to prove your innocence.

Chances are, as the Washington Post reports, you have already been assigned a color-coded threat score—green, yellow or red—so police are forewarned about your potential inclination to be a troublemaker depending on whether you’ve had a career in the military, posted a comment perceived as threatening on Facebook, suffer from a particular medical condition, or know someone who knows someone who might have committed a crime.

All it needs is the data, which more than 90% of young adults and 65% of American adults are happy to provide.

Consider that on any given day, the average American going about his daily business will be monitored, surveilled, spied on and tracked in more than 20 different ways, by both government and corporate eyes and ears.

This doesn’t even begin to touch on the corporate trackers that monitor your purchases, web browsing, social media posts and other activities taking place in the cyber sphere.

License plate readers, yet another law enforcement spying device made possible through funding by the Department of Homeland Security, can record up to 1800 license plates per minute. Moreover, these surveillance cameras can also photograph those inside a moving car. Reports indicate that the Drug Enforcement Administration has been using the cameras in conjunction with facial recognition software to build a “vehicle surveillance database” of the nation’s cars, drivers and passengers.

Sidewalk and “public space” cameras, sold to gullible communities as a sure-fire means of fighting crime, is yet another DHS program that is blanketing small and large towns alike with government-funded and monitored surveillance cameras. It’s all part of a public-private partnership that gives government officials access to all manner of surveillance cameras, on sidewalks, on buildings, on buses, even those installed on private property.

It’s a sure bet that anything the government welcomes (and funds) too enthusiastically is bound to be a Trojan horse full of nasty, invasive surprises.

The “internet of things” refers to the growing number of “smart” appliances and electronic devices now connected to the internet and capable of interacting with each other and being controlled remotely. These range from smart meters, thermostats, coffee makers, cars, and TVs. Of course, there’s a price to pay for such easy control and access.

That price amounts to relinquishing ultimate control of and access to your home. For example, while Samsung’s Smart TVs are capable of “listening” to what you say, thereby allowing users to control the TV using voice commands, it also records everything you say and relays it to a third party, e.g., the government.

Then again, the government doesn’t really need to spy on you using your smart TV when the FBI can remotely activate the microphone on your cellphone and record your conversations. The FBI can also do the same thing to laptop computers without the owner knowing any better.

Drones, which are taking to the skies en masse, are the converging point for all of the weapons and technology already available to law enforcement agencies. In fact, drones can listen in on your phone calls, see through the walls of your home, scan your biometrics, photograph you and track your movements, and even corral you with sophisticated weaponry.

All of these data collecting technologies add up to a society in which there’s little room for indiscretions, imperfections, or acts of independence, especially not when the government can listen in on your phone calls, monitor your driving habits, track your movements, scrutinize your purchases and peer through the walls of your home.

These digital trails are everywhere.

As investigative journalists Charlie Warzel and Stuart A. Thompson explain, “This data—collected by smartphone apps and then fed into a dizzyingly complex digital advertising ecosystem … provided an intimate record of people whether they were visiting drug treatment centers, strip clubs, casinos, abortion clinics or places of worship.”

As Warzel and Thompson warn:

Constitutional attorney John W. Whitehead points out in his book Battlefield America: The War on the American People, the very technology we hailed as revolutionary and liberating has become our prison, jailer, probation officer, Big Brother and Father Knows Best all rolled into one.

There is no gray area any longer.

What Can a Family Do?

First, read 10 Personal Steps To Take In the Midst of a Revolution. So much practical insight contained!

Secondly, we need to know what orders we will eventually be forced by conscience to disobey. There must be a line for every true Christian where we must choose to obey God rather than man.

We know that Christ has already won (and we along with Him), so don’t grow weary in well-doing, friends.

“I have said these things to you, that in me you may have peace. In the world you will have tribulation. But take heart; I have overcome the world.”
‭~John‬ ‭16:33‬ ‭ESV‬‬

What are these things Jesus said? You can read them here.