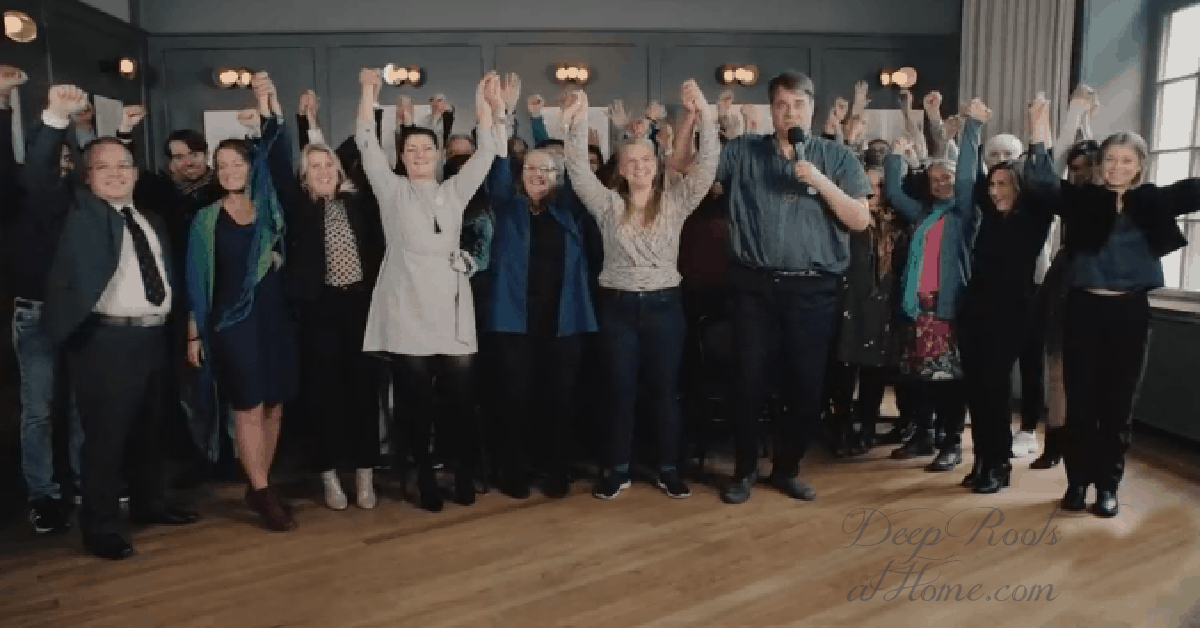 Screenshot from the Stockholm Inaugural Conference of the World Doctor’s Alliance video – an independent, nonprofit alliance of 61,000+ doctors, nurses, and professionals worldwide.

Hesitancy is widespread and growing among medical professionals.

In an effort to combat Big Pharma Corporate Media and Big Tech censorship, literally tens of thousands of doctors around the world are frantically trying to warn of the devastating effects of the experimental COVID vaccines beginning to be injected into the unsuspecting public.

Their concerns are based in fact!

What could possibly motivate these doctors, nurses, scientists, and other health professionals to make such an impassioned plea? What do they have to gain by taking the time to educate the public on the hidden dangers of a new class of vaccine about to be inflicted upon the citizens of countries around the world?

They have NOTHING TO GAIN, and much to lose, including their careers, and possibly even their lives. Brandy Vaughn, former Merck employee, turned whistleblower, recently found dead after exposing this.

Robert F. Kennedy Jr: COVID19 Vaccine Should Be Avoided At All Cost

While media and politicians call for a vaccine to return to normality, this vaccination is problematic in terms of health, morality and ethics.

Unlike the damage caused by previous vaccines, these vaccines will be irreversible and irreparable in terms of genetic damage.

This intervention can be compared to genetically manipulated food, which is also highly controversial.

“For the first time in the history of vaccination, the mRNA vaccines alter the genetic material of the patient, which represents genetic manipulation, something forbidden and considered criminal.” ~Robert F. Kennedy, Jr.

After an unprecedented mRNA vaccine, you will NO longer be able to treat the vaccine symptoms in a complementary way.

—if a vaccination symptom develops after an mRNA vaccination, neither I nor any other therapist can help you, because the damage caused by the vaccination will be GENETICALLY IRREVERSIBLE. In my opinion, these new vaccines represent a crime against humanity that has never been committed in such a big way in history. ~RFK, Jr.

In fact, this “promising vaccine” for the vast majority of people should be FORBIDDEN, because it is genetic manipulation!”

Both experimental mRNA vaccines from Pfizer and Moderna work by rewiring a genetic trigger in order to overwrite or erase the genetic information that’s already there. (source)

In under 2 minutes, Bill Gates reveals how mRNA in a “vaccine” WILL change our genetic code.

At the very end is where he says it “HAS TO GO TO 7 BILLION PEOPLE!” (In regards to luciferase, the FDA says it IS clearly already able to be used IN vaccines). So is it in the covid vaccines? We will know in time.

The CRISPR technology mentioned is real. It hit the headlines in 2018 when a Chinese scientist used the technology to create the first gene-edited babies, shocking the world and sparking a highly charged ethical debate about its use.

Dr. Andrew Wakefield Spells Out Why This Is Not A Vax; It Is Irreversible Genetic Modification!

The Great Barrington Declaration includes over 52,000 of the world’s most prestigious scientists and doctors urge hesitancy.

Facebook and YouTube censored a video featuring “America’s Frontline Doctors“ calling out a “massive disinformation campaign” on the treatment of the coronavirus. The event was initially live-streamed on Facebook by Breitbart News but was removed by the platform after accumulating 17 million views within hours.

Chief Science Officer For Pfizer: ‘Second Wave’ Fake And ‘Pandemic Is Over’

COVID-19 Vaccines’ Scary Side Effects Must Not Be Dismissed

Proof that the Pandemic was Planned with a Purpose (shows websites of millions of COVID-19 test kits sold in 2017 and 2018, long before the virus was even reported!)