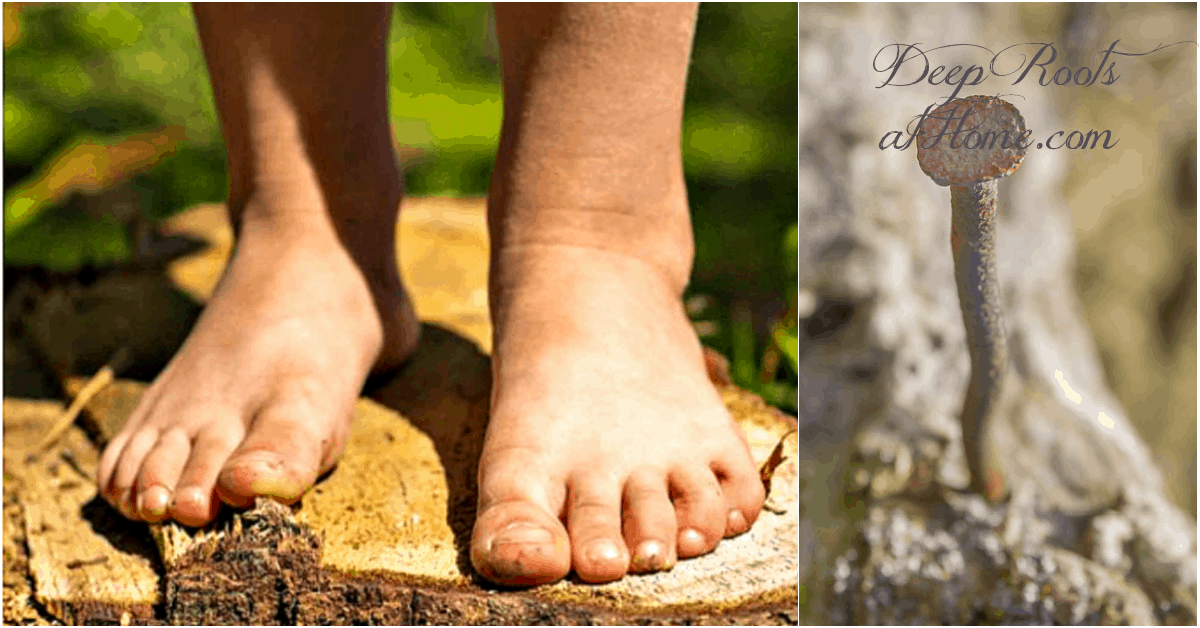 And now for a “Did you know?” moment:

This is a story from a mom who took her child to the emergency room with a bloody cut:

Doctor: “We’re going to give her a tetanus vaccine.”

Mom: “Really? What brand and configuration did you have in mind?”

Mom: “So, you want to give my child a vaccine for 3 diseases when you’re only concerned about one?”

Mom: “So…how long will it take for the vaccine to help her create antibodies against tetanus?”

Mom: “If this wound contains tetanus spores in the correct environment, how long before the spores start producing toxins causing lockjaw then death?”

Mom: “So you want to give her a vaccine that she won’t mount an immune response with until about a week after she’s dead, then?”

We left without the shot or TiG (tetanus immunoglobulin) (also has known side effects incl. peripheral neuropathy and Guillain-Barré syndrome)…

Scares me that I have more information than a physician.

And it should scare you, too.

***For My Master email and the FULL PROTOCOL (including NAC) to protect from transmission from the “V” and to help those who took the “V”, go here
FUN FACTS on tetanus that clearly most doctors don’t know (or fudge on/lie about) since they give the DTaP vaccine for even sinus infections and any minor cut:

1. Tetanus is an anaerobic bacteria meaning it can’t survive in oxygenated environments meaning if the wound bled, NO tetanus.

2. Just because you get cut on metal (rusty or not), it doesn’t automatically mean tetanus bacteria is present. Tetanus is normally found in manure/dirt and not on a plumbing fixture.

3. Even if there was a deep puncture wound that did not bleed, caused by an object that had tetanus bacteria on it, you literally can NOT “vaccinate” against a bacterial infection AFTER the exposure.

[The vaccine is not an instant tetanus killer; it would take weeks for your body to produce enough antibodies (provided the vaccine is even successful at all)].

4. If there were serious concerns about tetanus exposure (as previously explained) then the ONLY thing that could help (outside of allowing the wound to bleed, if possible, and cleaning the wound with soap, water, or hydrogen peroxide) would be the TiG shot (tetanus immunoglobulin), which is an anti-toxin and not a vaccine.

5. There is no single “tetanus vaccine” available in the United States, only the DTaP which is a 3-in-1 cocktail vaccine consisting of Diptheria, Tetanus & Pertussis (whooping cough) or Td (tetanus and diphtheria).

3. Lastly, the CDC states that efficacy of the tetanus toxoid has never been studied in a vaccine trial.

Tetanus bacteria are found naturally in the droppings of horses.  When deep wounds in humans (or even horses) are infected with this bacteria, a toxin is produced which causes the illness also known as “lockjaw”.  Tetanus has nothing whatsoever to do with rust, by the way.

The only reason an old rusty nail is associated with tetanus is that it might now be where horses had once been. Stepping on a nail delivers the bacteria spores into the body as if from a dirty hypodermic needle. So tetanus shots are given to this day, even though horses are so rarely around us any more.

During the Civil War, horses were like trucks and cars are today. Confederate cavalrymen had thousands of horses with them at a time. At the time of the Battle of Chancellorsville in 1863, Union cavalry had some 9,000 horses (source). Can you imagine what their camps must have been like?

It is remarkable that there were so few cases of tetanus during the Civil War. Battlefield wounds were very numerous, severe, and very dirty. Blood and tissue and horse droppings were everywhere.  Lockjaw cases were not. During the 1860’s, surgeons did not even wash their hands, let alone their instruments. Tetanus bacteria must have been literally everywhere.  After a typical battle, thousands of men might lay with their innards on the ground.  Forget your visions of neat uniforms and waxed mustaches and glory. Pain and disease and mud and filth and horses were this war.

We know that “lockjaw” cases placed far down on the casualty lists, at a rate of just over 2 percent (source). That, with no sterilization of medical instruments, and not a pair of clean hands in sight.  And with all those horses around.

As a very little boy in  I can remember horse teams drawing the huge rakes that swept the public beaches clean along .  The degree of tetanus exposure on that beach never occurred to most parents. When we cut ourselves, barefoot boys like myself often didn’t even tell our parents.  Who wanted to be stuck with a hypodermic needle? A lot of the kids on those beaches had not had tetanus shots, and yet (as in the Civil War), the number of tetanus cases was near zero. I never even knew anyone who had had tetanus.

Over forty years ago, Frederick R. Klenner, M.D. cured tetanus with massive doses of vitamin C (Klenner, 1954 a, b), most of it intravenously. Between 350 to 1,000 mg of vitamin C per kilogram body weight per day was his standard therapeutic oral dose. (Klenner, 1979). Dr. Klenner described tetanus fatalities as being due to conventional medical treatments for the disease and not due to tetanus itself (Smith, 1988).

This is presented, like one side of a good debate, to get you past the sound bytes and to look into the subject yourself. The human body is almost unbelievably resilient. Perhaps a bridle needs to be put on over-praising or over-using the tetanus shot. 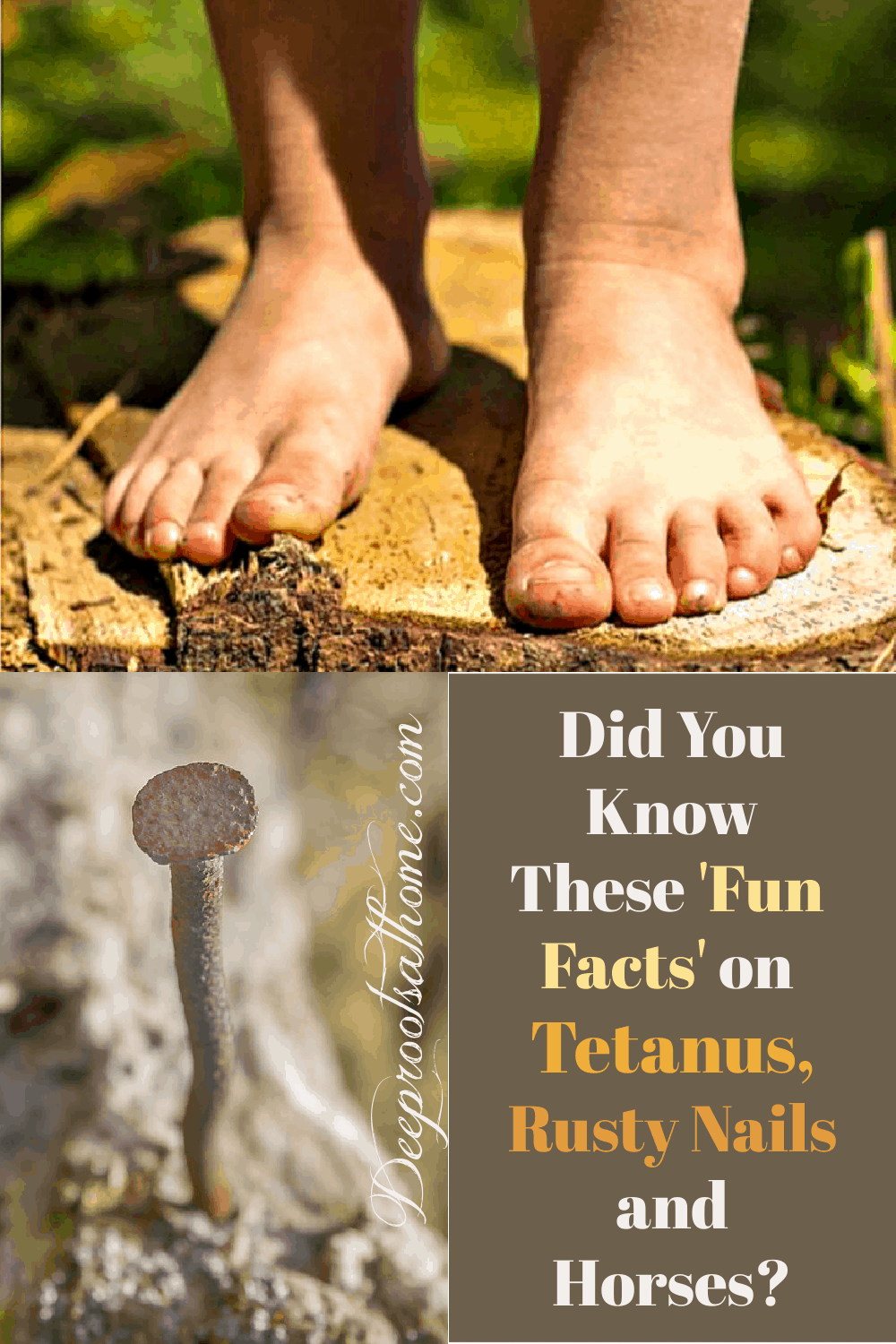