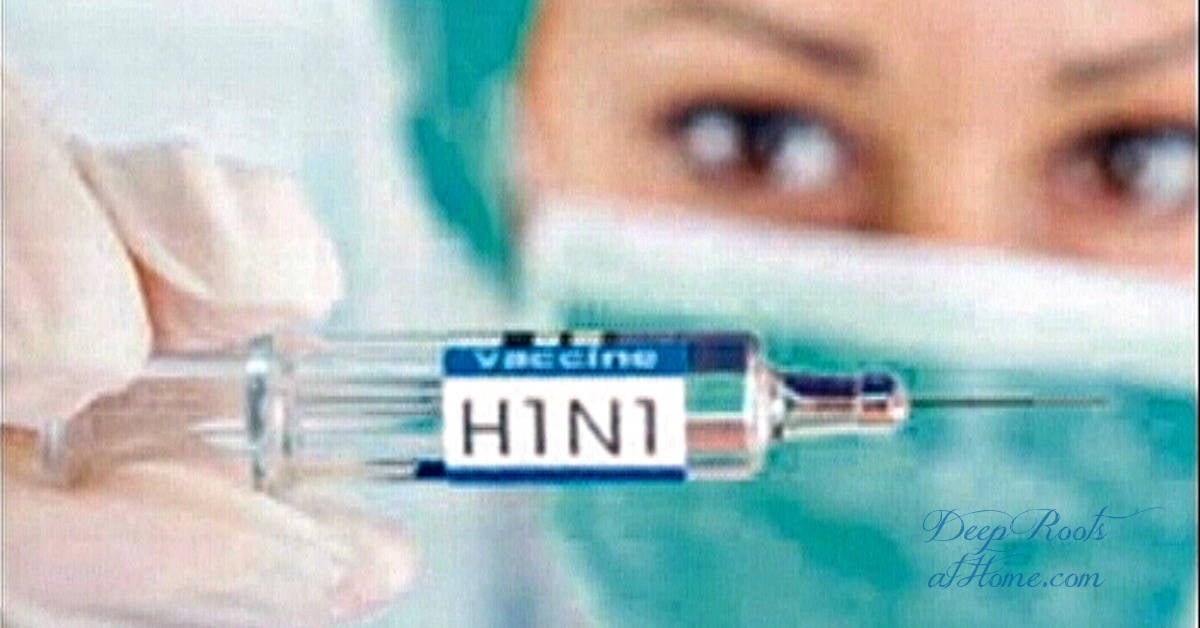 It’s 45 years since the Swine Flu outbreak, and how times have changed!

Dr. David Sencer, CDC director who led the response to the 1976 H1N1 swine flu outbreak, who defended the vaccination campaign that led to at least 25 deaths attributed to the vaccine, said he was sorry for the people killed or sickened. (Source CNN)

Others put the Swine flu vaccine death toll at 32 people, while about 500 others later suffered from Guillain-Barre syndrome and many more from other neurological injuries.

At least he was sorry and responded to shut it down quickly!

Excerpts of the eye-opening Documentary by CBS 60 Minutes on the Swine Flu fraud of 1976. It went on air once, and was never shown again.

This chart, while from many months ago, shows the contrast of what is glossed over and tolerated today. 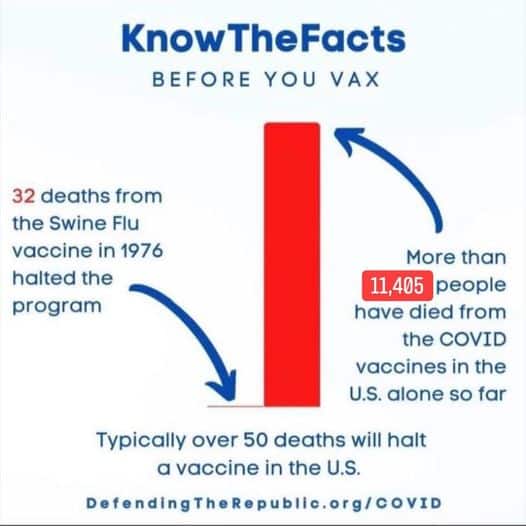 The vaccine was stopped back then because the National Childhood Vaccine Injury Act of 1986 was NOT in effect in 1976. Today, it provides complete immunity to vaccine manufacturers from tort actions filed in state or federal court by injured victims seeking compensation for injuries arising from vaccines. You cannot sue them!

Injured by a Vaccine? Here’s How to Report It  PS. Check out how difficult it is to actually make a report!

From 5:50- 9:50, in 4 minutes, Attorney Thomas Renz outlines a CDC whistleblower lawsuit about this that is in progress. (turn the sound down initially)

4:40: The vaccines are not “approved” though they say they are

6:25: First CDC whistleblower testified under oath with evidence of 45,000 deaths from multiple databases that feed into the VAERS databes.

8:30: Renz reveals they have a second whistleblower that is willing to testify it is far higher than the 45K initially reported deaths.

9:40: Hospitals get more money for the covid diagnosis than they did the flu diagnosis.

15:10: How Obamacare made this possible

Thomas Renz’s team is acutely aware of just how dangerous this is for the whistleblowers because clearly the perpetrators of global mass genocide have no qualms about killing people.

Dr. Peter McCullough, the most highly cited physician on the early treatment of COVID-19 said, “the OpenVAERs numbers, as shocking as they are, don’t scratch the surface of the actual number of dead Americans.” (source)

“We have now a whistleblower inside the CMS, and we have two whistleblowers in the CDC. We think we have (at least) 50,000 dead Americans. So we actually have MORE DEATHS DUE TO THE VACCINE PER DAY than the viral Covid illness BY FAR. It’s basically propagandized bioterrorism by injection.”

McCullough added that “every single thing that was done in public health in response to the pandemic made it all worse.”

He said the suppression of hydroxychloroquine and especially Ivermectin, “was tightly linked to the development of a vaccine.”

Without the suppression of the already-available, very inexpensive treatments (like NAC), the government would not have been able to legally grant Emergency Use Authorization for the vaccines rushed to market.

‘Good doctors are doing unthinkable things’ …They ‘appear to be under a spell.’ ~Peter McCullough