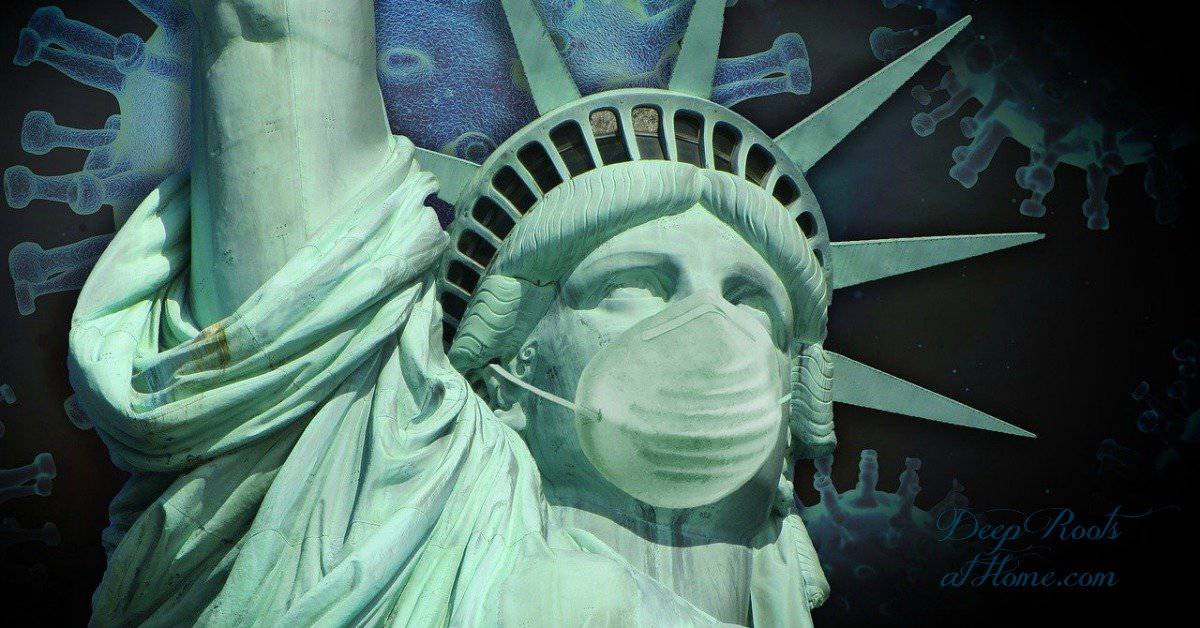 Image by Alexandra_Koch from Pixabay

Many of us have wondered how the enemies of freedom, God, and truth might internally undermine and destroy the United States and pull down our liberty and economy. It’s unlikely we could have imagined the destruction would be voluntarily chosen based on fictional projection models, a hysterical panic, and a one-size-fits-all approach like this in the name of so-called “safety.” Reports of peaceful, law-abiding citizens being arrested for such things as going for a drive or playing in an empty park with their children are continuing to stack up. Mandatory masking even when it has been shown to be ineffective, even harmful!

But the grooming had to start somewhere. And turns out it has been right under our noses.

Updated: In just a few months, the following well-researched documentary had been viewed 26 Million times before it was taken down by the censors. We are a nation that is seeking understanding. Don’t become complacent—or worse, deceived —because that is exactly the goal.

Do NOT watch with children. Right now much is being revealed and this video exposes much in a non-sordid way. This is a dedicated video and cannot be removed.

Bonus: 6 minutes viewed over 3M times, but removed 7/7: It is now downloaded on Brighteon for safekeeping!

“Vaccines, for Bill Gates, are a strategic philanthropy that feed his many vaccine-related businesses (including Microsoft’s ambition to control a global vac ID enterprise) and give him dictatorial control over global health policy—the spear tip of corporate neo-imperialism.

“Promising to eradicate Polio with $1.2 billion, Gates took control of India‘s National Advisory Board (NAB) and mandated 50 polio vaccines (up from 5) to every child before age 5. Indian doctors blame the Gates campaign for a devastating vaccine-strain polio epidemic that paralyzed 496,000 children between 2000 and 2017. In 2017, the Indian Government dialed back Gates’ vaccine regimen and evicted Gates and his cronies from the NAB. Polio paralysis rates dropped precipitously.

“In 2017, the WHO reluctantly admitted that the global polio explosion is predominantly vaccine strain, meaning it is coming from Gates’ Vaccine Program. By 2018, 3/4 of global polio cases were from Gates’ vaccines.

“In 2014, Kenya’s Catholic Doctors Association accused the WHO of chemically sterilizing millions of unwilling Kenyan women with a phony “tetanus” vaccine campaign. Independent labs found the sterility formula in every vaccine tested. After denying the charges, WHO finally admitted it had been developing the sterility vaccines for over a decade.

“A 2017 study showed that WHO’s popular DTP is killing more Africans than the disease it pretends to prevent. Vaccinated girls suffered 10x the death rate of unvaccinated children.

“Right under our noses, Gates funds private pharmaceutical companies that manufacture vaccines and a massive network of pharmaceutical-industry front groups that broadcast deceptive propaganda, develop fraudulent studies, conduct surveillance, and psychological operations against vaccine-hesitancy and use Gates’ power and money to silence dissent and coerce compliance.”

I ask you to dig into the roots of these things. I know many might think this is conspiracy theory or crazy talk, and ask for links/sources, but I urge you to investigate deeply for yourself.

What if this is true?

What if we’re falling right into line with this propaganda?

When we should instead be taking a stand and exposing these evils?

“The name of the LORD is a strong tower; the righteous run to it and are safe.” ~Proverbs 18:10

“Have nothing to do with the fruitless deeds of darkness, but rather expose them.” ~Eph. 5:11

Share7.8K
Telegram
Pin21
7.8K Shares
« What the Pandemic Lockdown Has Done For the Church
My One-Stop Complete List To Be Prepared in an Uncertain World »