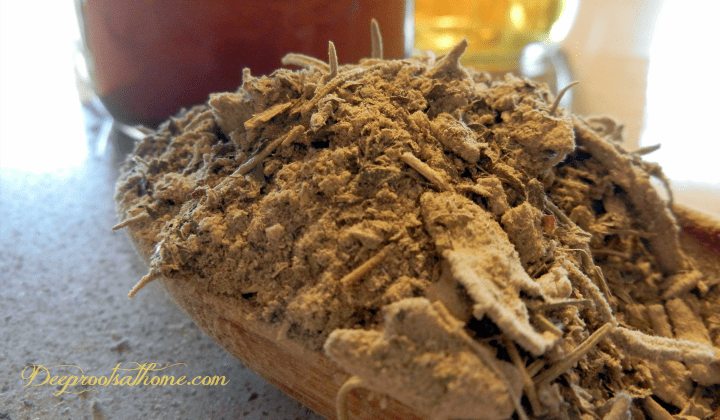 Enter Vinegar of the Four Thieves into our lives…

Years ago, with scary threats of mosquitoes (Lyme’s Disease, West Nile virus) in the news, I spent some time reading about mosquito repellents. We wanted something that didn’t contain toxic chemicals, namely problematic DEET, and of course, one that would work. We lived on a farm where there were a lot of lakes and wetlands. I came upon an article written by Shoshanna Easling. I felt she had the right idea.

“The last great plague of 1664-1665 covered all of Europe, Turkey, India, and into China. It is estimated that at least one-half of the population of those areas died. The people knew the disease was somehow related to the rats and mice, because as the rodents died off, so did the people.

“I read of one old couple who served the sick and never got ill. They strongly believed their immunity was the result of the use of herbal vinegar, which they put on their hair, clothes, and even a vinegar-drenched rag placed in front of their faces while attending the sick. They lived to tell their stories and to promote their preventative.

“Many families survived by creating acrid smoke in their homes every third day. They thought the smoke was purifying the air of disease. The smoke was made by burning a variety of things, from gunpowder to the herb rosemary. They suspected it would drive the rodents and fleas from their homes. 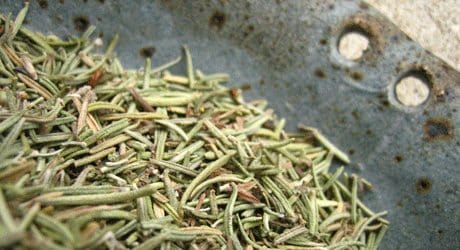 “Burning rosemary, which is a pleasant odor, proved to be so effective in ridding homes of pests that its use has continued down through the years. Even as late as World War II, rosemary incenses were burned in the hospitals of France to “cleanse the air”.

The Story of the Four Thieves

The most famous and interesting story of healing coming out of the great Black Death plague was the story of the four thieves and their amazing concoction that came to be known as The Vinegar of the Four Thieves.

History records that the four thieves were arrested for stealing from the homes of the many dead victims.

One of the thieves was an herbalist, whose herbal wine vinegar purportedly kept the four thieves alive all during the Black Death. These men also kept a vinegar soaked rag over their faces during the plague. [Vinegar is used now as a germ killing bleach alternative. We are always told during flu season not to touch our faces as that is the entry point]. As their resistance to the disease became obvious, others started using their vinegar tincture—reportedly with great success.

The old records document several recipes that are very much alike. I looked up each of the herbs comprising the tincture and marveled at how effective the tincture would be in place of today’s insect repellents.

Of course, superstition was rampant during those times, and disease was not understood, so the old history books confuse superstition with herbal healing. Common sense and more recent medical understanding have made it possible to comprehend why this herbal vinegar worked so well.

Rosemary is a strong antiseptic and one of the choice herbs that helps repel bugs and rodents (photo above).

Wormwood herb (also known as artemisia and used in cancer therapy) is a bitter herb. It is antiseptic and antiparasitic, but do not use it internally. 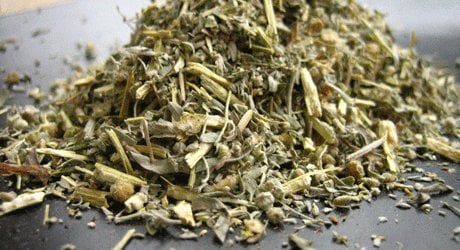 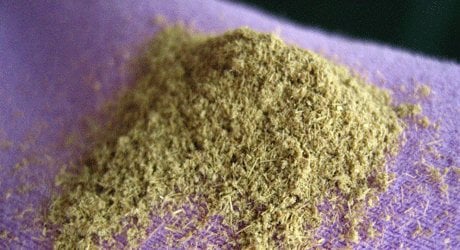 Both are high in volatile oils, hence make excellent ingredients for an insect repellent, as well as being pleasant smelling. 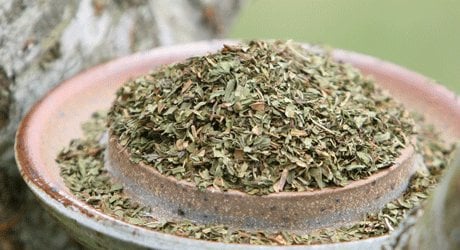 Sage is antibacterial, antifungal, and has antioxidant properties. It has been used since the Middle Ages as an insect repellent. 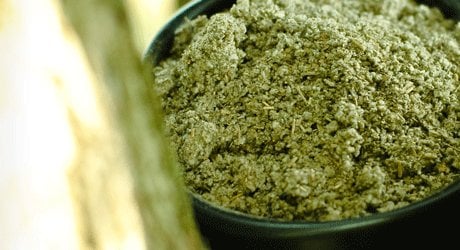 Garlic is considered by many herbalists as the king of herbs.

It has properties that are antimicrobial, antibiotic and, antifungal—chemicals that kill parasites.

Always keep some garlic on hand and read about how to use it for your family. Bulbs of garlic are easy to grow and would be one of my choices of medicine in a hostile world without medical care.

My Vinegar Of the Four Thieves Recipe:

Directions to Make the Concentrated Tincture: 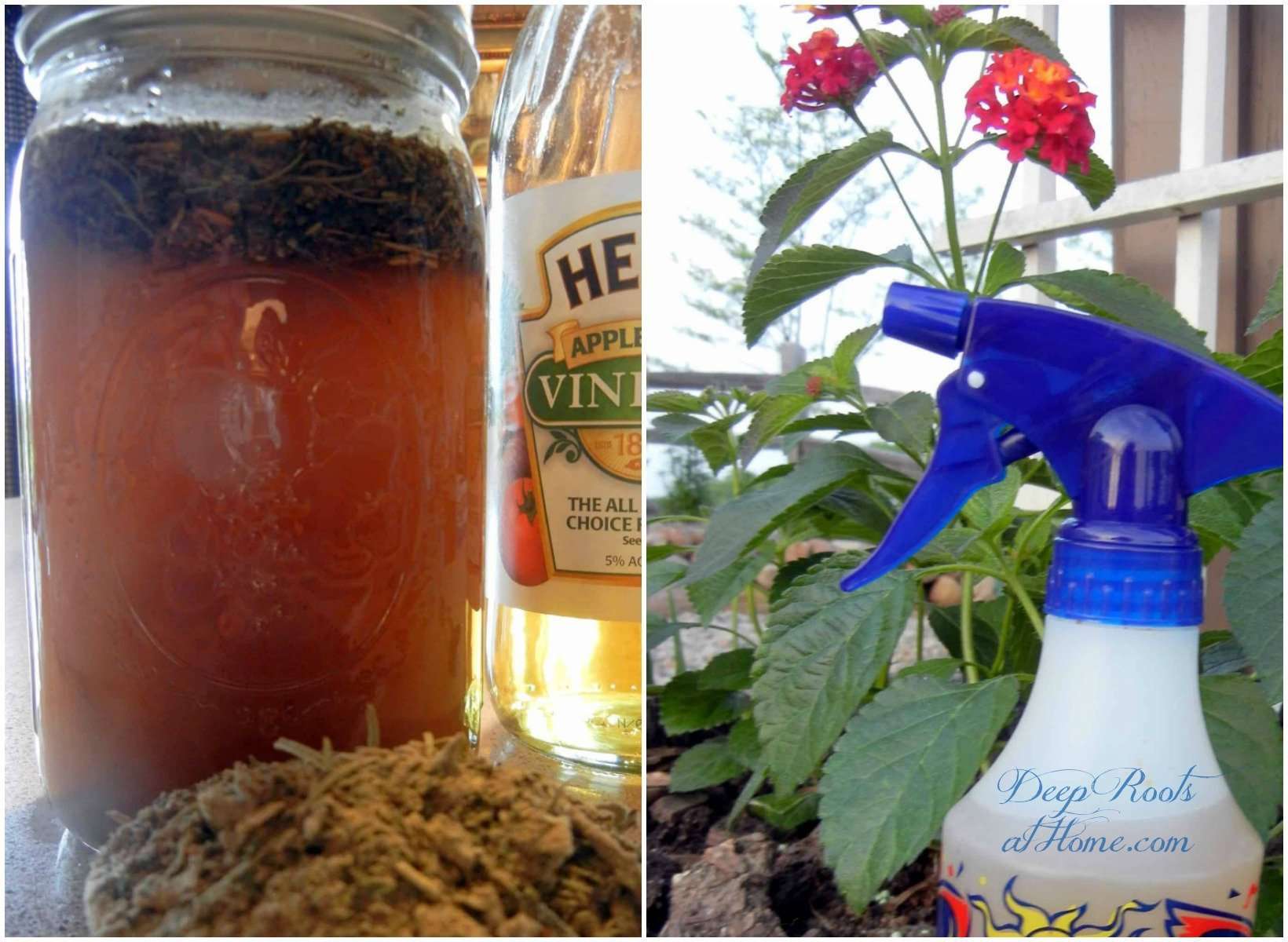 My little sprayer bottle travels to the garden to keep me insect free while I work!

Put 1/4- 1/2 cup of the vinegar concentrate in an 8-ounce spray bottle and fill the rest with water. Simply spray on skin, clothes, etc. when in heavily insect infested areas.

Keep it out of eyes.

Other Uses for Vinegar of the Four Thieves:

The Vinegar of the Four Thieves is a super-strong (though strong smelling!) insect repellent.

This repellent can be used many ways.

Stored in a cool dark place, it keeps for several years. I am making it again this year, and wanted to share about it with you and your family.

I first used the preparation of this as a lesson in herbology with my kids.

While we smelled a bit like a salad, we didn’t have to use a product with potentially toxic chemical DEET, and it was/is effective for us.

The Vinegar of the Four Thieves to benefit anyone: men, women (including before, during or after pregnancy, and while nursing), children and animals.

Get your printable elderberry syrup recipes!
***For the FULL PROTOCOL (including NAC) to protect from transmission from the “V” and to help those who took the “V”, go here. 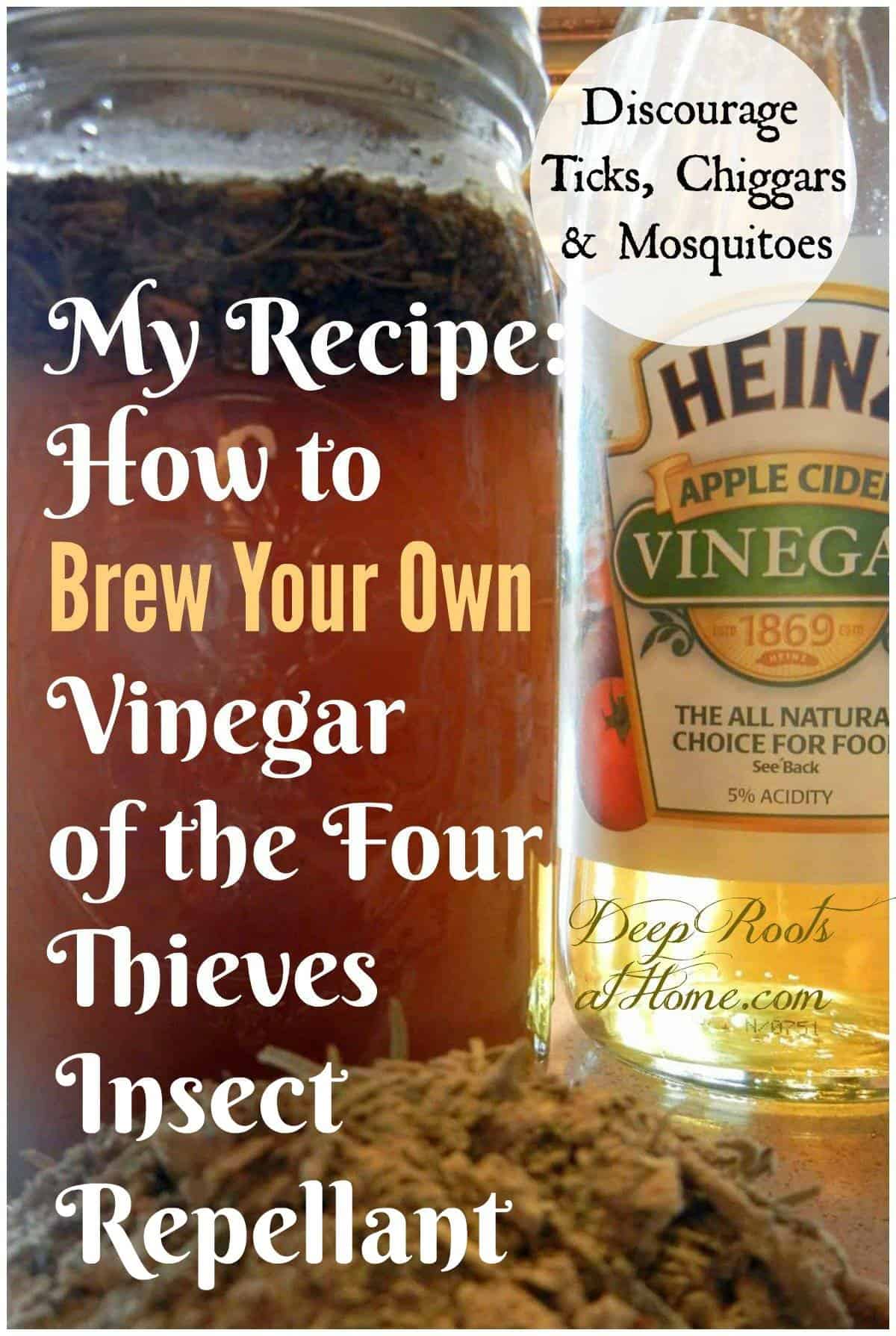