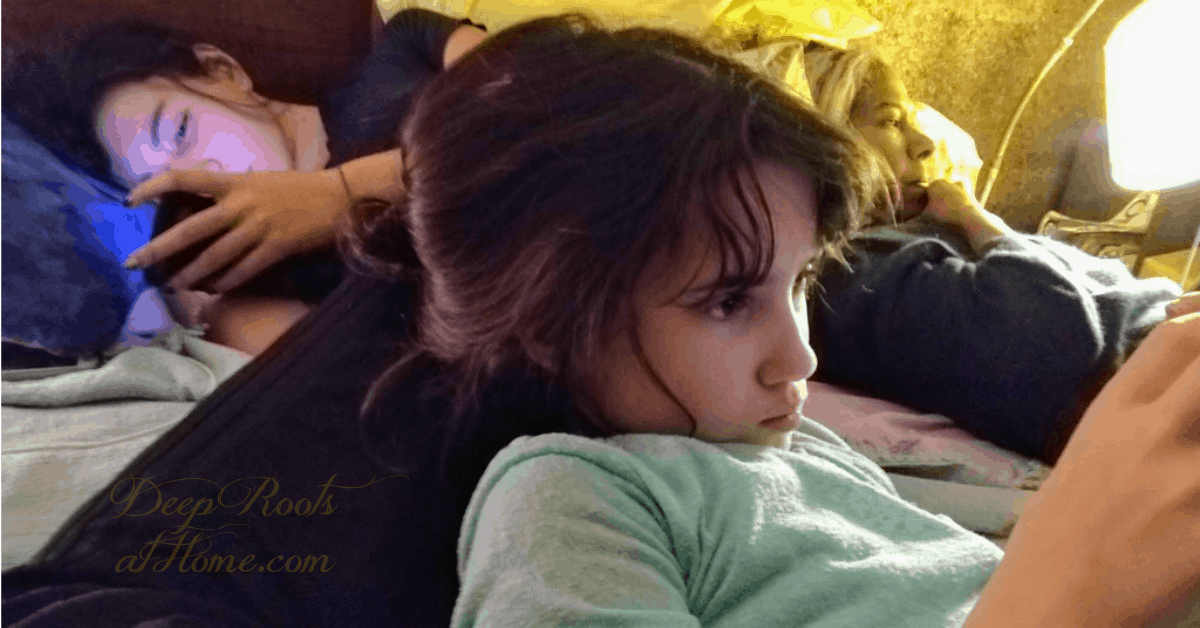 Apple guru Steve Jobs, talking about the iPad, said things such as: “This is the best vehicle for consuming media.” But a year later when asked what his kids thought, he said: “They don’t use it. We don’t allow it in the home.”
Now the latest stream of news stories and studies say why it’s critical to keep technology away from our kids.
Recently, the World Health Organization (WHO) released new guidelines announcing that children under five years old should not spend more than one hour a day watching such devices and less is even better. Children under age one should not get any screen time at all.
The WHO (not my favorite agency is an understatement!) said the guidelines – which included recommendations for physical activity and sleep – were needed to address the increasing lack of physical activity, a leading risk factor for death and a contributor to the rise in obesity and behavioral problems.

Summarizing, the agency gave more than screentime limits. They also pinpointed sleep deprivation and the need for play and activity as being part of the culprit:

The first set of data is in now available from brain scans of 4,500 participants. Not a big surprise: Children who have more than two hours of screen time a day got lower scores on tests focused on thinking and language skills.

As screens proliferate, parents are becoming more nervous about the hours kids spend bathed in the blue glow of their iPhone, TVs, and Xboxes.

The Koduris’ life is that of the stereotypical Silicon Valley family, except for one thing. The technology developed by Koduri and Shahi’s employers is all but banned at the family’s home.

This should be a red flag to the rest of us!

There are NO video game systems inside the Koduri household, and neither child has their own cell phone yet. Saurav and Roshni can play games on their parents’ phones, but only for 10 minutes per week. (There’s no limit, though, to the family’s growing library of board games.) The family did once buy an iPad 2, but for the past five years it’s resided on the highest shelf in a linen closet.

“We know at some point they will need to get their own phones,” stated Koduri, 44. “But we are prolonging it just as long as possible.”

Koduri and Shahi represent a new kind of Silicon Valley parent seeing firsthand how much time and effort goes into making digital technology simply irresistible. Instead of fitting out their homes with all the latest technological gadgets, many parents working or living in the tech world are limiting – and sometimes outright banning – how much screen time their kids get.

Turn these Guidelines & Recommendations into Reality

“Achieving health for everyone means doing what is best for health right from the beginning of people’s lives,” Dr. Tedros Adhanom Ghebreyesus, the director-general of the W.H.O., said in a statement. “Early childhood is a period of rapid development and a time when family lifestyle patterns can be adapted to boost health gains.”

Keep these guidelines in mind when planning your child’s daily routine. The guidelines suggest making sleep and physical activity a priority. By getting that right, screentime should not be as much of an issue.
Check out Occupational Therapist Victoria Prooday’s advice on how to begin to implement this in your family! Her extraordinary posts (here and here) have had overwhelming interest and conversation on this topic with nearly 5M shares combined.
“Teens who spend more time than average on screen activities are more likely to be unhappy, and those who spend more time than average on non-screen activities are more likely to be happy.” ~Jean M. Twenge, Have Smartphones Destroyed a Generation?
“Let us not become weary in doing good, for at the proper time we will reap a harvest if we do not give up.” ~Galatians 6:9 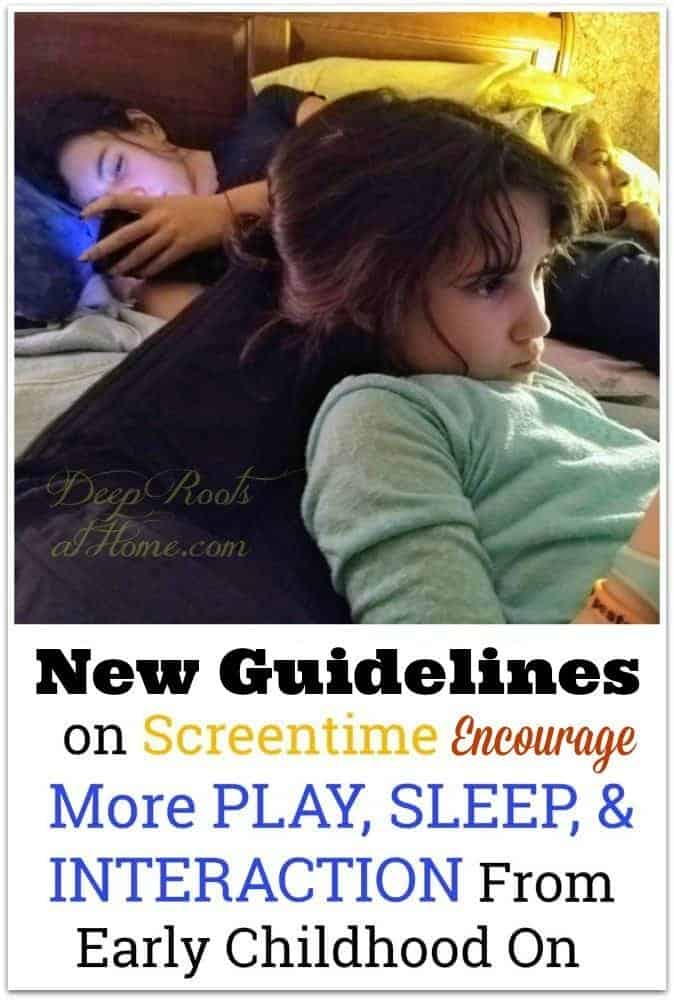