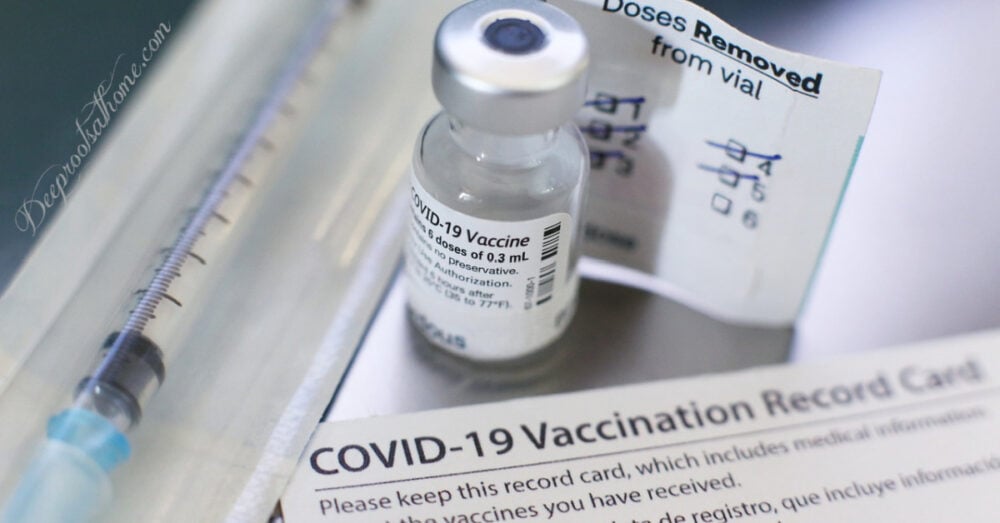 Hopefully, you have not been “vaccinated”, but if you have, there are links to help you find out if the batch your shot(s) came from are linked with the most adverse events.

**[“Batch-code” = “Lot Number” = the number they write on your vaccination card.]

(Caveat: I present this so you can do your own research and come to your own conclusions).

Craig Paardekooper, a scientist at at Kingston University, London, analyzed massive amounts of data from the CDC’s Vaccine Adverse Event Reporting System (VAERS) that tracks reports by the public of vaccine injuries and deaths linked to Moderna, Pfizer and Janssen/J&J Covid vaccines.  He, along with other analysts and noted scientists, state that the three companies are intentionally using differing formulas, instead of uniform formulas, as they have falsely presented to the public.  (source)

Vaccines that are distributed across all states and show patterns in number of injuries suggest that that the cause of the reactions is not the demographics or personal health of the recipient, but is the vaccine.

Paardekooper shows what appears to be a calculated batch toxicity coding system in 1 minute from 4:30- 5:30.

But that remains to be seen with delayed autoimmunity, delayed cancer rates, shortened lifespan from myocarditis, future infertility and menstrual abnormalities, etc.

Here, Craig Paardekooper reveals more detail. To get right to the point, watch from 3:25 – 4:30. The rest is somewhat repetetive.

Paardekooper remarks, “It’s common practice for scientists to carefully label their vials and test-tubes, especially in an experiment. Vials are not labelled randomly, but rather denote specific experimental conditions. In this way, they can tell which medical treatment was applied to which person.

“Perhaps this was their slip up – their inevitable mistake.

“Looking at the VAERS Data: I just looked through the first 5000 batches and EVERY SINGLE ONE of the alpha-numeric codes with very high toxicity ended in either 20A or 21A.“

If Paardekooper’s VAERS findings are true, one could ask:

“Now that we have “cracked” their batch code system, it is probable that they will cease using it. However, for historical use it tells a story that is consistent in its maleficence. I would expect a mass recall to follow – and a relabeling with different batch codes – less decipherable.”

The Supertoxic, Exposed By Batch Number:

Dr. Jane Ruby shows visuals of the most deadly batches (lot numbers) for children (the EW lot), adults and the supertoxic ones (the J, K, L, and M).

These lots are already in circulation.

12 minutes. Turn down the sound initially or be blasted.

Paardekooper’s app ‘How Bad Is My Batch?’ can be shared with doctors and nurses so that they may check toxicity levels of certain batches before they inject people, especially children.

If there is such high variation in the toxicity of the batches, should we be mandating this medical intervention?

Should we be coercing people under threat of losing their job or being confined at home, into taking something where death or disability is a possible adverse reaction?

“Put an end to the evil of the wicked, but establish the righteous, O righteous God who searches hearts and minds.“ ~Psalm 7:9

Top Posts Some DON’T WANT YOU TO SEE: