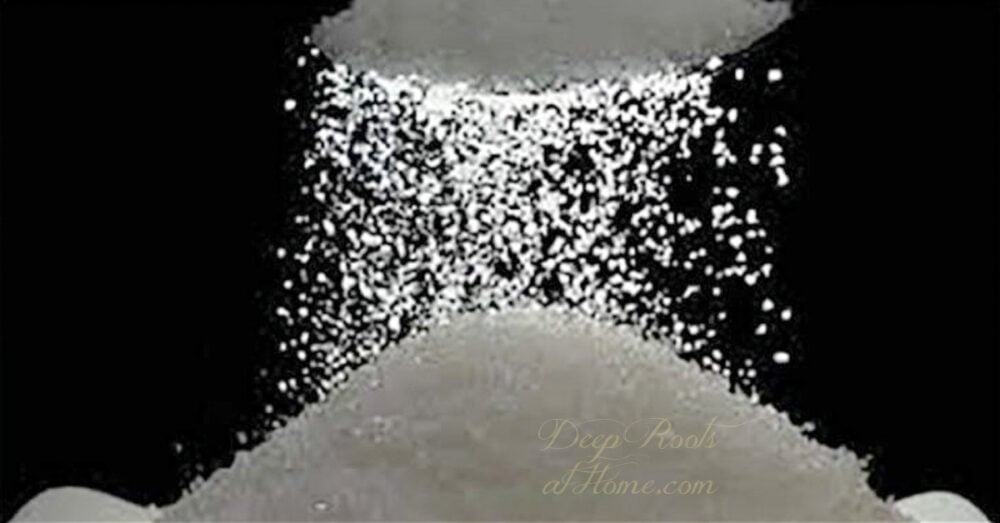 The history of corporate and government corruption is a great teacher, and unless we learn from it now, we are ruined.

Donald Rumsfeld and the Strange History of Aspartame

By Robbie Gennet, Huffpost, Published on January 6, 2011, on the now-closed HuffPost contributor platform.

Yes, that Donald Rumsfeld, the “knowns and unknowns” guy who remarkably executed some of the worst decisions in American foreign policy and got a medal for it. I’ve been reading up on this strange chapter in the history of Donald Rumsfeld and have learned two things. One, the chemical additive aspartame is very potentially a cancer and brain tumor-causing substance that has no place in our food. And two, the reasons and means by which Rumsfeld helped get it approved are nefarious at best, criminal at worst. And by the way, that medal that Rumsfeld got back in 2004 was the Presidential Medal of Freedom, also awarded to Tommy Franks, George Tenet and that charming warrior L. Paul Bremer. Evidently, “Freedom” means the right to use your powerful friends in Washington to approve your company’s dangerous substance for human consumption and make a fat bonus on the way out the door.

So how did aspartame become legal? And more importantly, if it had been rejected multiple times over fears of brain tumors and cancer, why?

Dr. John Olney, who founded the field of neuroscience called excitotoxicity, attempted to stop the approval of aspartame with Attorney James Turner back in 1996. The FDA’s own toxicologist, Dr. Adrian Gross told Congress that without a shadow of a doubt, aspartame can cause brain tumors and brain cancer and that it violated the Delaney Amendment, which forbids putting anything in food that is known to cause cancer.

According to the top doctors and researchers on this issue, aspartame causes headache, memory loss, seizures, vision loss, and cancer.

It worsens or mimics the symptoms of such diseases and conditions as fibromyalgia, MS, lupus, ADD, diabetes, Alzheimer’s, chronic fatigue and depression. Further dangers highlighted is that aspartame liberates free methyl alcohol. The resulting chronic methanol poisoning affects the dopamine system of the brain causing addiction. Methanol, or wood alcohol, constitutes one third of the aspartame molecule and is classified as a severe metabolic poison and narcotic. How’s that Diet Coke treating you now?

In the peer reviewed journal, Aspartame: Methanol and the Public Health, Dr. Woodrow Monte wrote: “When diet sodas and soft drinks, sweetened with aspartame, are used to replace fluid loss during exercise and physical exertion in hot climates, the intake of methanol can exceed 250 mg/day or 32 times the Environmental Protection Agency’s recommended limit of consumption for this cumulative poison.”

The effects of aspartame are documented by the FDA’s own data. In 1995 the agency was forced, under the Freedom of Information Act, to release a list of aspartame symptoms reported by thousands of victims. From 10,000 consumer complaints, the FDA compiled a list of over 100 symptoms, including death.

Dr. Betty Martini, the founder of Mission Possible International, works with doctors around the world in an effort to remove aspartame from food, drinks and medicine. According to Dr. Martini, aspartame has brought more complaints to the FDA than any other additive and is responsible for 75% of such complaints to that agency. More recently, the EPA found Aspartame to be a potentially dangerous chemical along with BPA, which you’ve no doubt heard a lot about in the news lately. Aspartame, not so much.

Martini says NutraSweet is a “deadly neurotoxic drug masquerading as an additive.

“It interacts with: all antidepressants, L-dopa, Coumadin, hormones, insulin, all cardiac medication, and many others. It also is a chemical hyper-sensitization drug so that it interacts with vaccines, other toxins, other unsafe sweeteners like Splenda which has a chlorinated base like DDT and can cause auto-immune disease.

“It has a synergistic and additive effect with MSG. Both being excitotoxins, the aspartic acid in aspartame, and MSG, the glutamate people were found using aspartame as the placebo for MSG studies, even before it was approved. The FDA has known this for a quarter of a century and done nothing even though its against the law.”

So how does Donald Rumsfeld fit in to all this? A little history:

In 1985, Monsanto purchased G.D. Searle, the chemical company that held the patent to aspartame, the active ingredient in NutraSweet. Monsanto was apparently untroubled by aspartame’s clouded past, including the report of a 1980 FDA Board of Inquiry, comprised of three independent scientists, which confirmed that it “might induce brain tumors.” The FDA had previously banned aspartame based on this finding, only to have then-Searle Chairman Donald Rumsfeld vow to “call in his markers,” to get it approved. Here’s how it happened:

Ronald Reagan was sworn in as president January 21, 1981. Rumsfeld, while still CEO at Searle, was part of Reagan’s transition team. This team hand-picked Dr. Arthur Hull Hayes, Jr., to be the new FDA commissioner. Dr. Hayes, a pharmacologist, had no previous experience with food additives before being appointed director of the FDA. On January 21, 1981, the day after Ronald Reagan’s inauguration, Reagan issued an executive order eliminating the FDA commissioners’ authority to take action and Searle re-applied to the FDA for approval to use aspartame in food sweetener. Hayes, Reagan’s new FDA commissioner, appointed a 5-person Scientific Commission to review the board of inquiry’s decision. It soon became clear that the panel would uphold the ban by a 3-2 decision. So Hayes installed a sixth member on the commission, and the vote became deadlocked. He then personally broke the tie in aspartame’s favor.

One of Hayes’ first official acts as FDA chief was to approve the use of aspartame as an artificial sweetener in dry goods on July 18, 1981. In order to accomplish this feat, Hayes had to overlook the scuttled grand jury investigation of Searle, overcome the Bressler Report, ignore the PBOI’s recommendations and he had to pretend aspartame did not chronically sicken and kill thousands of lab animals. Hayes left his post at the FDA in November, 1983, amid accusations that he was accepting corporate gifts for political favors. Just before leaving office in scandal, Hayes approved the use of aspartame in beverages.

After Hayes left the FDA under allegations of impropriety, he served briefly as Provost at New York Medical College, and then took a position as a high-paid senior medical advisor with Burson-Marsteller, the chief public relations firm for both Monsanto and GD Searle. Since that time he has never spoken publicly about aspartame. FYI, here’s Rachel Maddow on Burson-Marsteller: “When Evil needs public relations, Evil has Burson-Marsteller on speed dial.” Evil, thy name is chemical food additives.

Here’s the kicker: When Searle was absorbed by Monsanto in 1985, Donald Rumsfeld reportedly received a $12 million bonus, pretty big money in those days. Also, while at Searle, Rumsfeld was awarded Outstanding CEO in the Pharmaceutical Industry from the Wall Street Transcript (1980) and Financial World (1981)! Imagine that…

—————-
In my research for this piece, I compiled facts and quotes from some various sources in order to best elucidate this issue. I have done my best to include all of them here so you can check out all the evidence for yourself. Much thanks and respect to those trying to alert the public to this dangerous substance.

Here’s the timeline of how things went down: http://www.rense.com/general33/legal.htm

On Rumsfeld and Aspartame: http://www.newswithviews.com/NWVexclusive/exclusive15.htm

Check out the wonderful work and research of Dr. Betty Martini at www.mpwhi.com and view her latest piece on the link between Aspartame and birth defects at http://www.mpwhi.com/aspartame_causes_birth_defects.htm

Although aspartame is technically considered a drug, there is a whole range of prescription medicines that list it as an additive, from antibiotics to transplant medication. Source: Drugsdb.com. The following are examples:

Non-Prescription or Over-the-Counter Medications with Aspartame

There are even more non-prescription than prescription aspartame-containing medicines being sold in the market today, especially those formulated for children. These include:

“True healthcare reform starts in your own kitchen, not in Washington.” ~Anonymous

“How much better to get wisdom than gold! To get understanding is to be chosen rather than silver.” ~Proverbs 16:16