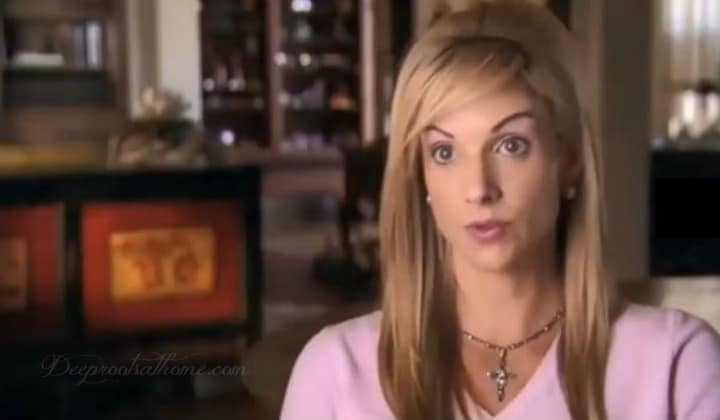 One of the many untruths of the vaccine debate is that it’s concerned scientists and doctors vs. irresponsible, irrational parents.

The truth is that there are untold hundreds of scientists and doctors who have reasonable doubts about vaccine safety. They believe the avalanche of physical and mental health challenges in our children today have been triggered (in part, along with other factors) by an explosion in neurotoxic vaccines.

“There are unanswered questions about vaccine safety… No one should be threatened by the pursuit of this knowledge. I think public health officials have been too quick to dismiss the hypothesis as irrational.” -Dr. Bernadine Healy, MD (Former Director, National Institute of Health and Former President, American Red Cross)

And with the help of 4 very short videos, I think I can get across the true essence of why I keep writing about this topic!

Meet the Doctors and Researchers

1. Dr. Stephanie Christner (whose photo is at the top) has chosen to speak up despite bearing an unspeakable personal loss.

I ask you to watch this, and tell me how you process this.

1:25 video (esp. the part about the placebo (which should always be saline and is NOT) being aluminum or mercury!…)

Her daughter died at 6 months. PS. Don’t let this DuckDuckGo block stop you. It is essentially an attempt to scare you.

“Every one of my medical colleagues who has taken the time to do the research for himself or herself, instead of just parroting the mainstream and accepting the CDC propaganda as truth, including Jim Sears, MD, Dr. Rachael, MD, Jim Meehan, MD, Kelly Brogan, MD, Suzanne Humphries, MD, Aviva Romm, MD, Mark Hyman, MD, Dr. Bob Sears, MD, Lawrence Palevsky, MD, Dr. Joseph Mercola, DO, David Berger, MD, Kenneth Stoller, MD, Elizabeth Mumper, MD, Cindy Schneider, MD, Bose Ravenel, MD, Lonna Larsh, MD, Gary G. Kohls, MD, Randy Naidoo, MD, Shira Miller, M.D., and literally hundreds more who I can’t tag because they prefer to stay behind the scenes, has concluded that we are not being told the truth about vaccine safety and vaccine side-effects.” ~Paul Thomas, MD

This short video by Dr. Paul Thomas is one of the best to help moms and dads be thoroughly informed.

The study he referred to is MMR vaccination timing and autism among young African American boys: a reanalysis of CDC data.

3. Nancy Banks, MD, earned her medical degree at Harvard Medical School. She completed her residency at Mount Sinai Medical Center. She is a board-certified Ob Gyn.

1:23 – one of the world’s leading research scientists on the HPV, boldly speaking out!

5. M.I.T. scientist Stephanie Seneff is very courageous to write this in her Epoch Times article Weeding Out Vaccine Toxins: MMR, Glyphosate, and the Health of a Generation:

“We have been misled for far too long by the claim that vaccines are “safe and effective”… As we have seen, antibodies can become ‘autoantibodies‘ and attack the body’s own tissues, leading to chronic diseases that are often worse than the infectious diseases they protect from.

Btw, Dr. Seneff is NOT a lightweight in the research community. Her M.I.T. credentials read like a Whos-Who in Medicine.

“Vaccinated children suffer from many debilitating neurological and autoimmune diseases in far greater numbers than unvaccinated children. The manufacture of vaccines is a tricky process, and along with the acknowledged toxic ingredients like mercury, aluminum, and formaldehyde, they also have been found to contain contaminants like glyphosate and toxic metals that may well be the biggest contributors to severe adverse reactions.

“Children today may already be a lost generation, but several policy changes need to take place in the immediate future to save subsequent generations from a similar fate.

We need to repeal the 1986 legislation that protects pharmaceutical companies from liability when a child’s life is ruined by a vaccine. This will surely pressure them to try harder to keep impurities out of vaccines.

We need to eliminate laws such as California’s SB277 that prevents unvaccinated children from enrolling in public or private schools, and be vigilant to ensure other states don’t follow suit. Then parents will be empowered to make decisions about the best path toward building a strong immune system in their child.” (source)

“The public is woefully uninformed on vaccine risks due to government and mainstream media censorship.” – Dr. Mark Geier, MD, National Institute of Health, and past professor at Johns Hopkins University.

“The vaccinations are not working and they are dangerous. We should be working with nature.” – Dr. Lendon Smith, MD, The Children’s Doctor, popular TV doctor 70s-90s

“The greatest threat of childhood diseases lies in the dangerous and ineffectual efforts made to prevent them through mass immunization… There is no convincing scientific evidence that mass inoculations can be credited with eliminating any childhood disease.” – Dr. Robert Mendelsohn, MD Head of the Medical Licensing Board for the State of Illinois 70s thru 90s. (one of the first medical books I read as a young Mom was by him.)

Jonas Salk, inventor of the IPV, testified before a Senate subcommittee that nearly all polio outbreaks since 1961 were caused by the oral polio vaccine. (source)

“There is no evidence that any influenza vaccine thus far developed is effective in preventing or mitigating any attack of influenza. The producers of these vaccines know that they are worthless, but they go on selling them anyway.” – Dr. J. Anthony Morris, Former Chief Vaccine Control Officer, US FDA

Note to readers: I’m neither anti- or pro-vaccine; I am pro-science. I recommend Dr. Paul Thomas’s Vaccine Schedule. The Vaccine Friendly Plan (video).

Too many will say, “I didn’t know, why did no one tell me, I believed them.” I’m sad, heartbroken, frustrated, angry. Parents, educate yourselves. Do your homework. IT IS YOU JOB. YOUR RESPONSIBILITY. You owe it to your child/ren. The choices you make today will impact your children forever. And they will inevitably impact YOU! Choose wisely.” ~Jacqueline Fitzgerald, parent

Proven Vaccine Detox If You See Your Child or Baby Regress – this is appropriate for adults or very little ones. Adjust for weight.