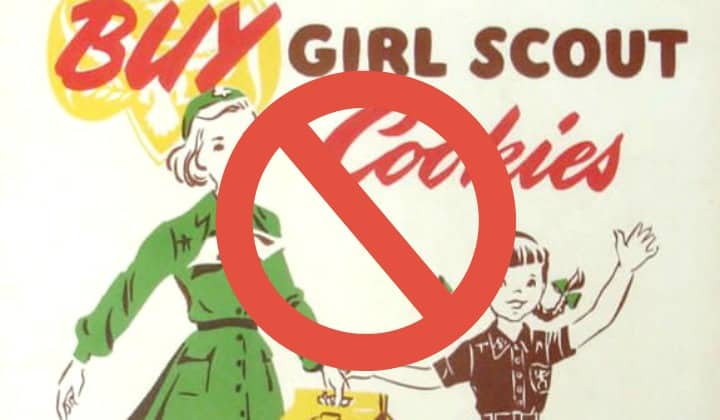 “Have nothing to do with the fruitless deeds of darkness, but rather expose them.” ~Ephesians 5:11

Sales of Girl Scout cookies are under-way, and it is time to expose what the dollars that are earned from their sales really goes to. Please be aware that some of what is exposed here will shock and disturb you!

I’ve reached out to several women I know and trust who have been involved with or are currently involved with Girl Scouts of the USA. None of these women were aware of the master plan of the WAGGGS and GSUSA agenda.

Unlike Colorado’s new transgender troops, my relatively conservative mountain town has not yet experienced the symptoms of the liberal ideals espoused by the GSUSA. These women were certainly unaware that millions of dollars, including their daughter’s dues and Girl Scout cookies funds, are being paid to the World Association of Girl Guides and Girl Scouts to provide for their comprehensive sexual freedom education, abortion protection, and sexual rights for youth advocacy.

These mothers were not informed that their daughters were enrolled to promote “safe” sexual promiscuity, “guiltless” sexual immorality, “responsibility-free” pregnancy, “inconsequential” sexual exploration and murder of the innocent unborn.

Girl Scouts is an organization that promises to promote honesty and courage, responsibility and charity, yet the soul of the organization is Godless and vile. How can we continue support of an organization run and operated by abortionists and homosexuals intent on programming our youth to accept these atrocities as “rights?” How can we continue to encourage our children to emulate the values these pro-abortion, pro-LGBT adults actively fight to enforce? How can we offer our young girls to a society of role models who have made careers of promoting and fundraising the pro-choice, pro-homosexuality, anti-Christ movement?

As Christians, the truth is simple. We can’t.

We cannot endorse an organization that has such a wretched center. We cannot commend an institution that refuses to protect parental rights and the innocence of youth. We cannot be enticed by the promises of character-building as we clearly see the wolf’s eyes peering out through the feigned fleece. 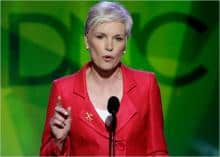 The Planned Parenthood Federation of America is signaling its intention to dominate the national sex education agenda:

Affiliates of Girl Scouts of the USA

The information presented below is documented and verifiable, but by no means exhaustive. Please follow links referenced within the article and visit the websites listed at the bottom. All information and materials have been provided by the Girl Scouts USA website, affiliate websites, former leaders, former scouts and former scout mothers.

National Collaboration for Youth: Promotes girls to pro-abortion activism and is the driving force behind Spark Action website for youth which supports LGBT rights.

“Girl Scouts of the USA (GSUSA) does not take a position or develop materials on sexuality, birth control or abortion. . .” but they pay upwards of $2 million annually in support of the mission of WAGGGS “to rapidly improve…education and training, especially on sexual and reproductive health and rights” for children.”

Your Voice Your World: (grades 11 & 12) girls are encouraged to explore organizations such as Amnesty International and Population Council, both heavy supporters of Planned Parenthood and abortion rights; advises girls to consider a career as an ACLU lawyer (which supports HHS mandate and abortion rights).

aMAZE: (grades 6-8) had at one time referred girls to www.astrolog.org, exposing girls to black magik, New Age and pagan theologies. Note: the link has been removed and is no longer there.

Printed Curriculum and their Advocacy Page:

GSUSA Official Blog: provides links to sexually explicit and pro-abortion content. The blog recently linked to Marie Claire (which has received accolades from Planned Parenthood on its reproductive rights and its work against the Catholic church on contraception and abortion issues), AlterNet, iVillage and in 2012 to Jezebel.com in an article titled “OMFG There’s a New Girls Scouts Cookie” with links to sexually explicit and graphic content as well as abortion mad-libs (Materials prior to 2012: removed after recent “cookie-cotts”).

Media Matters: extremely liberal defender of Planned Parenthood, promoted to girls as the truest source of news information (as shown in the Girl Scouts Cadette workbook).

Real Life Real Talk: Planned Parenthood lists partner organizations, including Girls Scouts as outlined in their newsletter and connects the scouts to “Sex, etc. A Website by Teens, for Teens” portraying explicit and graphic sexual content.

Promotion of literature that mocked the church and recommendations for R-rated movies to 11-13 year old girls have also been removed because of scrutiny like this and protests from parents. 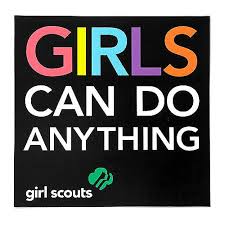 Dolores Huerta: a pro-choice “Catholic” and avid abortion rights and Planned Parenthood supporter (having received their highest honor, the Margaret Sanger Award), was honored by “Call to Action” a pro-abortion Catholic dissident group. She also helped defeat California’s notification requirements for minor’s abortions and was promoted as a “Voice for Good” in the required books Your Voice Your World and in Agent of Change. The “Dolores Huerta patch” requirements include visiting www.doloreshuerta.org where girls can find praise for Planned Parenthood and links for “California Latinos for Reproductive Justice,” “Feminist Majority Foundation,” and Ms. Magazine all of which offer support for women’s abortion rights.

Betty Friedan: named by GSUSA a “Voice for Good” twice in the book Your Voice Your World. She’s a well-known abortion advocate and founder of the National Abortion Rights Action League (Naral). She is involved with pro-abortion National Organization for Women (NOW) and served as a GSUSA board member for 12 years.

Elizabeth Gurley Flynn: established the American Civil Liberties Union which supports the HHS mandate and abortion rights. She and the ACLU named by GSUSA a “Voice for Good” in Your Voice Your World. She served as the national chairman for the Communist Party and was arrested, charged, and convicted for conspiracy to overthrow the US government.

Gloria Steinem: presented to girls as a woman’s rights activist who started the “Story of Sisterhood.” She is a staunch abortion rights advocate and a promoter of Planned Parenthood where she stated at its 75th anniversary, “There’s no group or organization I would rather celebrate than Planned Parenthood.” 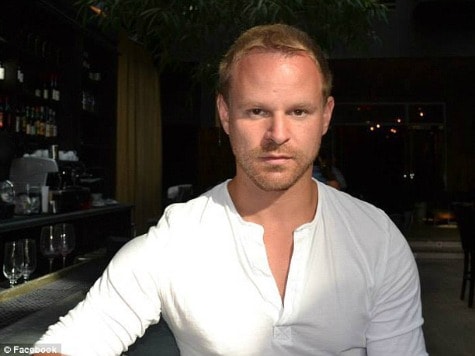 Pam Smallwood: named “Woman of Distinction” for girls to emulate, had a 30 year Planned Parenthood career, 10 years as CEO.

Gay and Lesbian Alliance Against Defamation (GLAAD): GSUSA recently reached out to GLAAD with this statement, “If a child identifies as a girl and the child’s family presents her as a girl, Girl Scouts of Colorado welcomes her as a Girl Scout” after GSUSA accepted a “transgender” 7-year-old into the Colorado GSUSA troop.

Here is a glimpse of what they stand for: 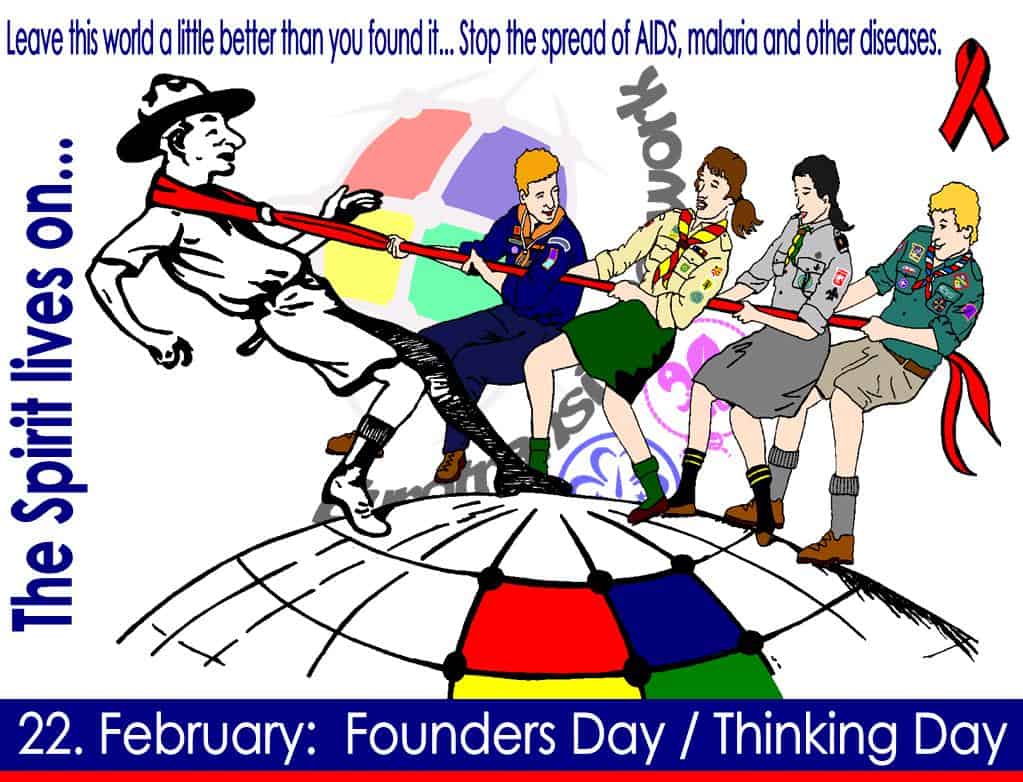 Awards Given by Girl Scouts

Safety Badge: part of the requirement is visiting KidsHealth.com which promotes Planned Parenthood.

Participation Badge: (recently removed after receiving many complaints) part of the requirement encourages scouts to read the UN Convention on the Rights of the Child (CRC) that denies parents the right to limit their child’s access to explicit materials.

Global Action Award: (earned through WAGGGS) leaders are told to emphasize to the girls that they are a part of the 10 million strong WAGGGS all working together to achieve the same important goals; suggested activities: learning about adolescent/teen pregnancies, and educating others about HIV/AIDS.

AIDS Badge: (earned through WAGGGS) girls are encouraged to develop a display about condoms (where they can be purchased, steps and demonstration of correct use, provide free condoms) or develop a role play in which a couple discusses the use of condom during sex, and visit a local organization providing education for pregnancy prevention and treatment of STDs (e.g. Planned Parenthood).

“Train up a child the way the way she should go, and when she is older she will not depart from it.”  ~Proverbs 22:6

As Christians and as parents it is our responsibility to ensure that our children are in the world but not of it. We are to protect their innocence and promote Godly values. We need to protect the sanctity of life and the beauty of sexual morality. We need to either take a stand and fight for real purity and honest integrity within the Girl Scouts and its chosen affiliates or we need to remove our devotion and dedication to the Godless entity.

So are your Girl Scout cookie cravings under control? What will you allow to fill your spirit, mind, and body?

“They enjoyed the sweet taste of wickedness, letting it melt under their tongue.“ ~Job 20:12

For documented and verifiable records please visit the following websites:

Parents for Life: Girl Scouts Why Not 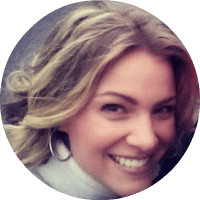 A personal note from Alli… I am a wife, mother, RN, pregnant home-preschool teacher to two amazing toddlers. We live between a house in the mountains and on the road in our Minnie Winnie. We eat primal/paleo style and believe that Jesus is Lord of all. I’ll joyfully admit I’m not “normal.” My perspective is skewed, as the world defines it, and filtered through scripture, prayer, and reliance on the Holy Spirit.”

Please leave us a comment if you’ve had any experience with the Girl Scouts or Girl Scout cookies, good or not so good. Thank you!