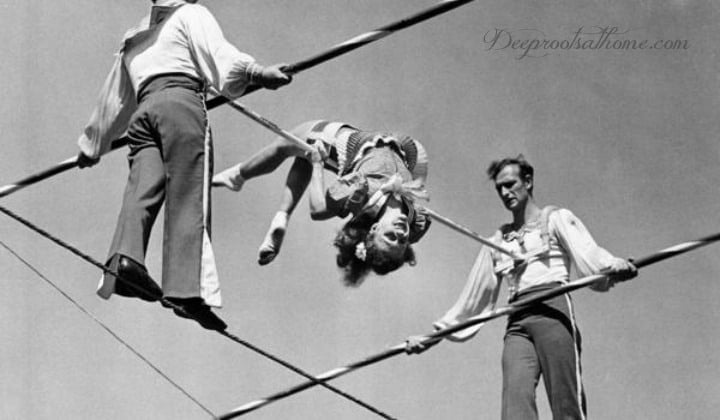 When he was 25, P. T. Barnum paid $1,000 to obtain the services of Joice Heth, a woman who claimed to be 161 years old and the wet nurse of George Washington. “Unquestionably the most astonishing and interesting curiosity in the world!” read one of Barnum’s handbills.

Sadly and terribly, Barnum exhibited her in New York and New England, raking in about $500 per day.

Appropriately, it is reported that Barnum’s famous last words were about the show, which was appearing in New York’s Madison Square Garden at the time: “How were the receipts today at the Garden?“ His box office take was most important to him. I guess it is true – our heart follows what we treasure—whether it be a career, a family, or a large accumulation of wealth in the bank.

Last Words that Reveal the Heart

“Thomas Jefferson survives.”~John Adams, second President of the United States, said as he lay on his deathbed, on July 4, 1826  (John Adams and Thomas Jefferson started out as rivals, but they became friends later in life. Jefferson had actually died some hours earlier, also on July 4.)

President John F. Kennedy got out the words “No, you certainly can’t…” the instant before he was shot by Lee Harvey Oswald in Dallas, Texas on November 22, 1963.

Humphrey Bogart’s wife Lauren Bacall had to leave the house to pick up their kids. Bogart said, “Goodbye, kid. Hurry back.” Not quite, “Here’s looking at you, kid,” but close.

J.S.Bach whispered, “Don’t cry for me, for I go where music is born.”

“Pardon me, monsieur. I didn’t do it on purpose.” ~Marie Antoinette as she accidentally stepped on her executioner’s foot on her way to the guillotine.

“Go on, get out – last words are for fools who haven’t said enough.“ ~Karl Marx, revolutionary, d. 1883 (To his housekeeper, who urged him to tell her his last words so she could write them down for posterity.)

“Trust in God and you shall have nothing to fear.” ~Jonathan Edwards

“I am about to take my last voyage, a great leap in the dark.” ~Thomas Hobbs

“I have a tender reliance on the mercy of the Almighty, through the merits of the Lord Jesus Christ. I am a sinner. I look to Him for mercy.” ~Alexander Hamilton

“I’m going, but I’m going in the name of the Lord.” ~Blues singer Bessie Smith

“My dear children, do not grieve for me . . . I am my God’s. I belong to Him. I go but a short time before you, and …I hope and trust to meet you all in heaven.” ~Andrew Jackson

May we live our lives so our last words in this life bring glory to God, affirm our affection for those we love, and find our eyes focused on our Savior.

What will your dying words be, which others may remember long after you are gone?

Do you know other famous last words to share here?

Note: the source for most of these is Last Words of Notable People: Final Words of More than 3500 Noteworthy People Throughout History

“…for where your treasure is, there your heart will be also.” ~Matthew‬ ‭6:21‬ ‭NASB 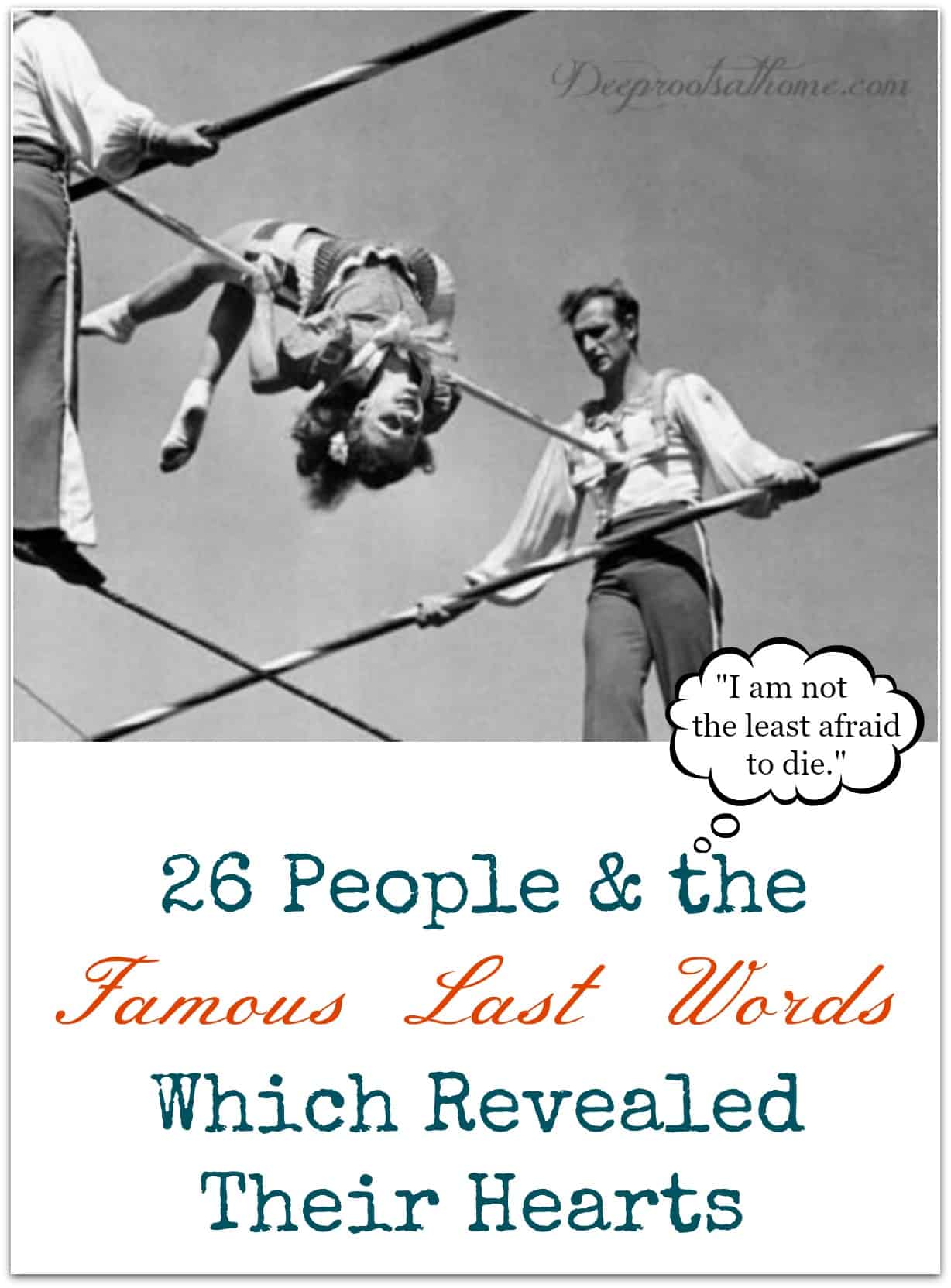 Share856
Telegram
Pin11
867 Shares
« Gardening To-Do List: Stayin’ On Top Of It In August & September
How My Low, Self-Centered View Of Myself & Life Harmed Us »