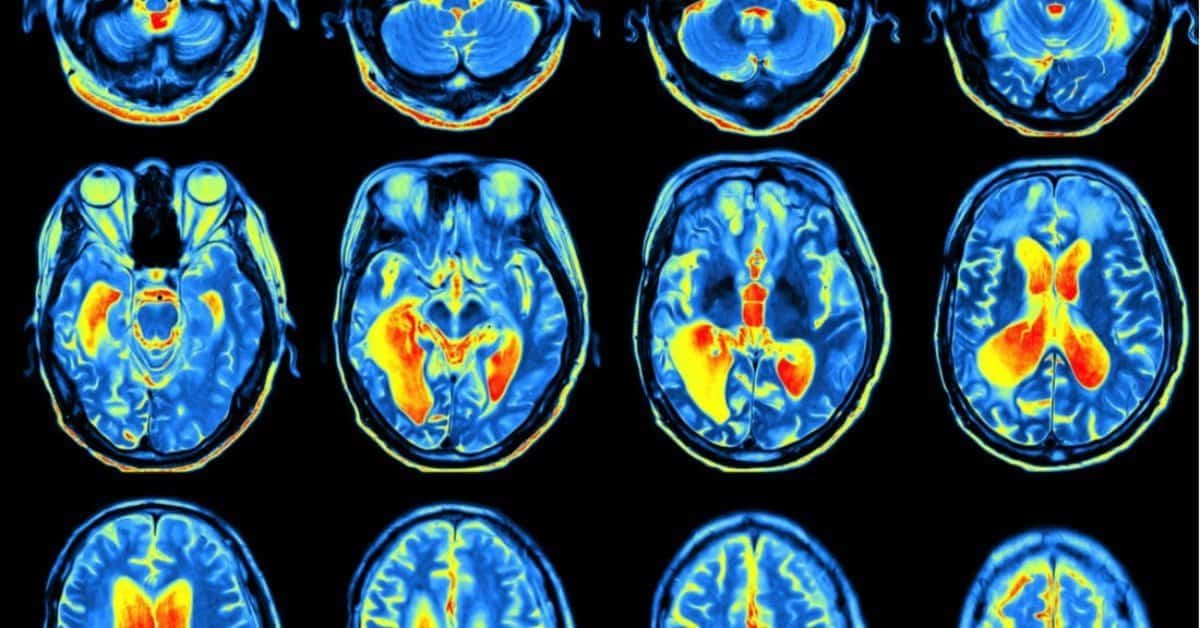 MRIs. Gadolinium. Here’s what you need to know to make an informed decision.

Radiologists and patients began to question the safety of gadolinium (a standard MRI contrast dye) a few years ago when a study came out in late 2014 showing the agent is deposited and retained in the brain. (source)

Meanwhile, the FDA stated, gadolinium can linger in the body “for months or years after receiving the drug.” (source)

So, if the EU is banning it, why are we still using it in the US? Doctors have used gadolinium-based agents for 30 years—totaling more than 300 million doses.  Are patients seeing a downturn in health following their MRIs? These are valid questions.

Gadolinium is a nanotized heavy metal mixed with a chemical. Gadolinium has acute side effects including death not to mention the inflammation caused in the brain (which you will not hear much about since the death is not often tied to the MRI contrast dye).

Emerging evidence has linked MRI signal changes in deep nuclei of the brain with repeated administration of gadolinium-based contrast agents. Gadolinium deposits have been confirmed in brain tissue, most notably in the dentate nuclei and globus pallidus. 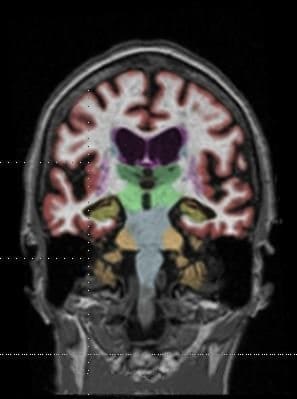 Gadolinium contrast agents (GBCAs) are partly retained in the brain, raising safety concerns, as seen in this MRI. (source)

Gadolinium retention occurs when the particles are not removed from the body via the kidneys and urination. Instead, the metal settles in the brain, bone and other tissues. Gadolinium contrast agents (GBCAs) have been shown to persist in bone tissue eight years after injection.

Those with MTHFR gene mutations need to be aware of the heightened repercussions this contrast has on their body due to the delayed metabolization of the cocktail.

On December 19, 2017, the FDA issued a public safety announcement, stating it is ‘requiring several actions to alert health care professionals and patients about the gadolinium retention.’

Actor Chuck Norris and hundreds more have filed lawsuits. Norris is seeking $10 million in damages against a contrast vendor and the contrast distributor for allegedly poisoning his wife Gena. She had several contrast MRI exams and alleges numerous adverse health effects began after these exams.

Gadolinium contrast can be fatal for some people or lead to severe disability. (source) Currently, there is no cure for renal failure, NSF/NFD, caused by gadolinium, according to the Mayo Clinic, and the treatments that are available, are not effective for everyone.

It is NOT recommended during pregnancy, either. Go directly to this page IF the video is being blocked/censored.

I recently heard ads on the radio for the $279. MRI, so are people without this knowledge getting toxic MRIs more frequently because of lower cost?

There are cases where an MRI CAN be done without a contrast agent, “It’s reasonable for patients to ask their doctor whether it’s needed or not.” (source)

Can You Say NO to the Gadolinium Contrast Dye?

One friend’s husband has avoided this toxic cocktail 3 times during the treatment of a hip injury, by outright refusing the contrast without the doctor signing a document to be liable if any medical issue did occur. Obviously, they wouldn’t sign it.

Patients harmed say they have gotten no informed consent on gadolinium’s potential hazards, while the practices looking into written informed consent fear it may open the door to litigation. (source)

Gadolinium is an Emerging Micro-Contaminant in our Water.

MRI Gadolinium Contrast Awareness is a great group with lots of info on gadolinium toxicity.

When Zeolites are used with Gadolinium in contrast, it renders it harmless.

You Can Detox Contrast Dye with Toxin Removal System (TRS):

Here is my personal link to order TRS.

I am only on FB now by the grace of God, but the algorithms are set to make it hard for me to be seen there… So if you want to stay connected, here is one way… 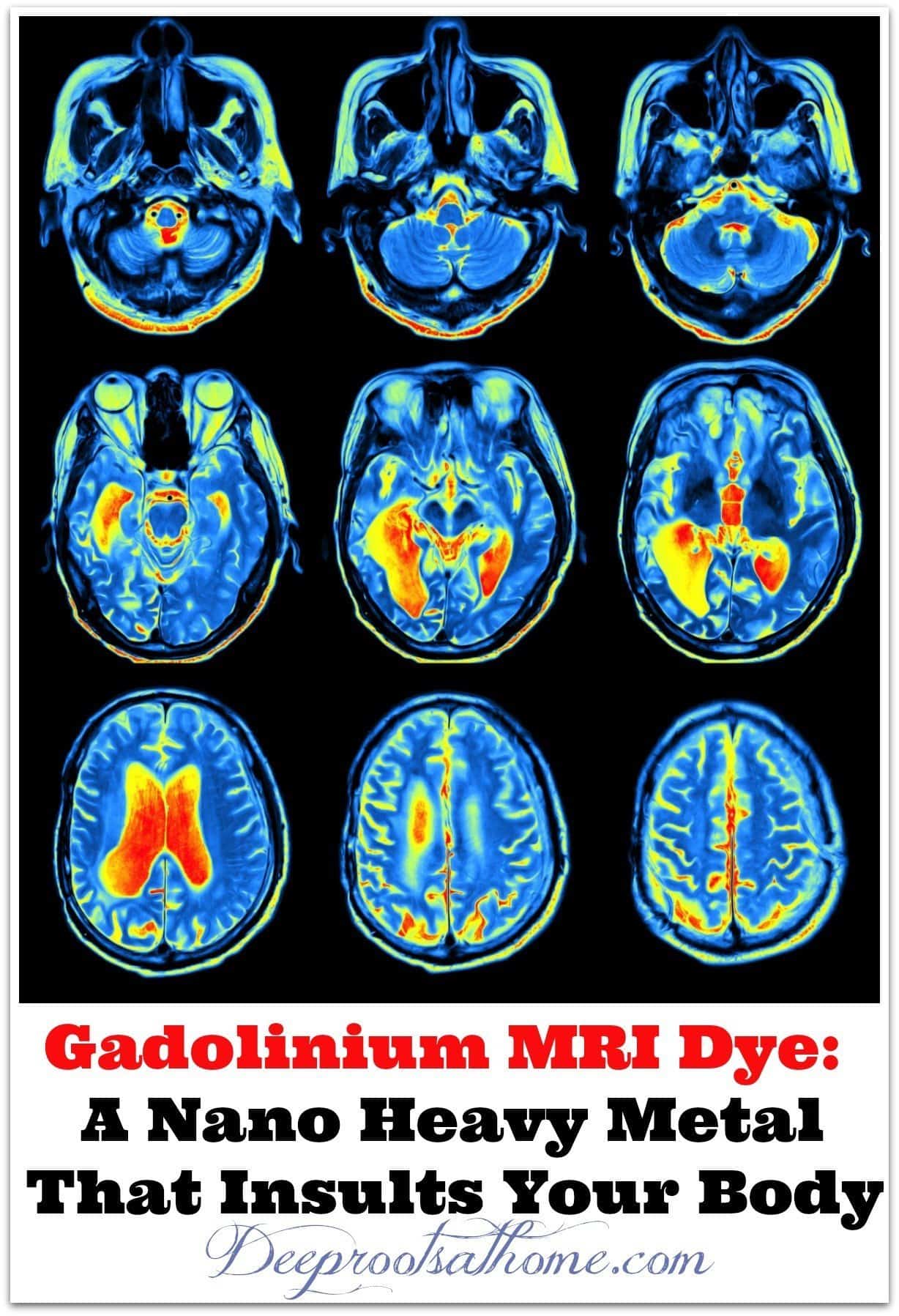 Share1.4K
Telegram
Pin36
1.4K Shares
« Scientific American: We Have NO Reason to Believe 5G Is Safe
Please HELP! How Can We Have Peace In Our Home? »