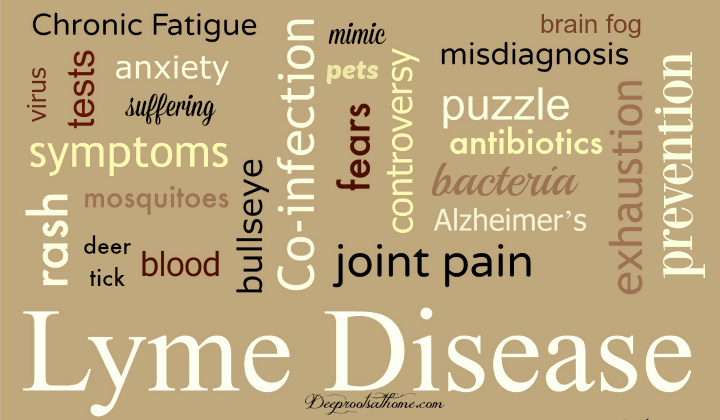 Do you have a long history of health issues with symptoms that change daily or monthly, but never go away? Think Lyme disease until proven otherwise.

A recent question I received:

“I am a 38 year old mother of 4, and my life hasn’t been normal since 2007. I used to run 3-4 times a week and felt very fit.  All of a sudden, I developed inability to multi-task, painful joints, vertigo, severe headaches and what I would describe as chronic fatigue.  I’ve gone to numerous doctors for a whole string of symptoms including night sweats, double vision, brain fog, and unexplained rashes.  Last week, my sister told me to look up “Lyme Disease,” and I did. It explained my life! I called a doctor friend, but he said Lyme isn’t common in this area, so I have no idea what to do now. Can you give me some direction?” ~J.T.

My answer: I have long had an interest in Lyme Disease because of friends battling it, and I have been exploring this in my own life and that of my family, but I am not an expert or a doctor.

That said, these are some things I have learned that I can share for you to explore:

Who Do You See for Lyme Disease?

There are many Lyme-literate medical doctors (LLMDs) in the U.S., and here are several people who educate: Dr. Lee Cowden, Dr. Joseph Burrascano, Dr. Joseph Jemsek (who I would never go to knowing what I know now), and Stephen Harrod Buhner. Each has a very different perspective. The controversy surrounding Lyme is ongoing.

What is Lyme Disease?

Lyme disease is often misdiagnosed or dismissed. A common theme is chronic pain. Some would say Lyme disease mimics:

But I would say it is the actual cause – so it’s a puzzle.

That’s awful, because if you’re diagnosed incorrectly, opportunity is missed and precious antimicrobials needed to kill Lyme bugs are never taken, leading to potentially catastrophic problems. Not to be dramatic or anything- just ask a Lyme sufferer!

According to my research, no two patients have the same symptoms, which come and go. Common complaints are:

And there’s so much more.

Are Mosquitoes Vectors For Lyme Disease?

In 2015, I was not able to find anything from the CDC supporting that mosquitoes were a vector for Lyme at all – just ticks! The Centers for Disease Control and Prevention (CDC) website STILL says that “there is no credible evidence that Lyme disease can be transmitted through air, food, water, or from the bites of mosquitoes, flies, fleas, or lice.” (source)

But, this May, 2018, the CDC reported that illnesses from mosquito, tick and flea bites have tripled in the U.S., with more than 640,000 cases reported during the 13 years from 2004 through 2016. “Zika, West Nile, Lyme – a growing list of diseases caused by the bite of an infected mosquito, tick, or flea – have confronted the U.S. in recent years, making a lot of people sick.” (source)

I fully believe Lyme is also transmitted by mosquitoes and other biting insects. The Virginia Department of Health would also agree.

Anytime blood is exchanged – no matter how microscopic – you can transmit the co-infection. Same with kissing or having sex with someone who has Lyme. Babies contact it from mother while in utero. Often it remains dormant for months to many years.

If you have a long history of health issues, with symptoms that change daily or monthly, but never go away, I’d seriously consider Lyme testing by a lab that specializes in it, for example Igenex, Fry, or Advance Labs. Inaccurate results by regular labs may produce a false negative, so you think you don’t have Lyme when you do. Years of confusion and grief may follow. The extra expense seems worth it.

Lyme infection is not just caused by Borrelia burgdorferi, but it is a co-infection of many organisms living symbiotically such as:

There are many more behind the many and varied symptoms.The recommended labs above are best at detecting these bugs.

Under Our Skin – Horror to Hope

I’d recommend watching Under Our Skin 1 (2009) and follow it up with the trailer of Under Our Skin 2 (2014). Most likely, if you have Lyme these videos will clear up much of the mystery and help you make sense of it.

What We Are Doing

Our family started with Monolaurin, Bio-Fibrin, and Banderol. (Update: we stopped those because they were only partially helpful and hard to regulate). DO NOT use Bio-Fibrin or Banderol without guidance from an alternative/integrative practitioner.

We changed over to targeted homeopathics for a number of years; they differ for each person based on the uniqueness of that individual. Look for a functional doctor or a naturopath who uses an electro-dermal scanner to read frequencies in your body and then give the corresponding remedy. Homeopathic modalities work very effectively to correct the pathologies by disrupting the pathological frequencies and detoxing the problem.

I know that is vague, but it is accurate.

Update: Finally, we finally found a simple nano-zeolite spray, Advanced TRS, and that has put a stop to all our Lyme symptoms for once and for all.

TRS has also detoxes out the metals that allow prions to replicate. We saw a diminishing of symptoms and much less brain fog in ~5-6 months. 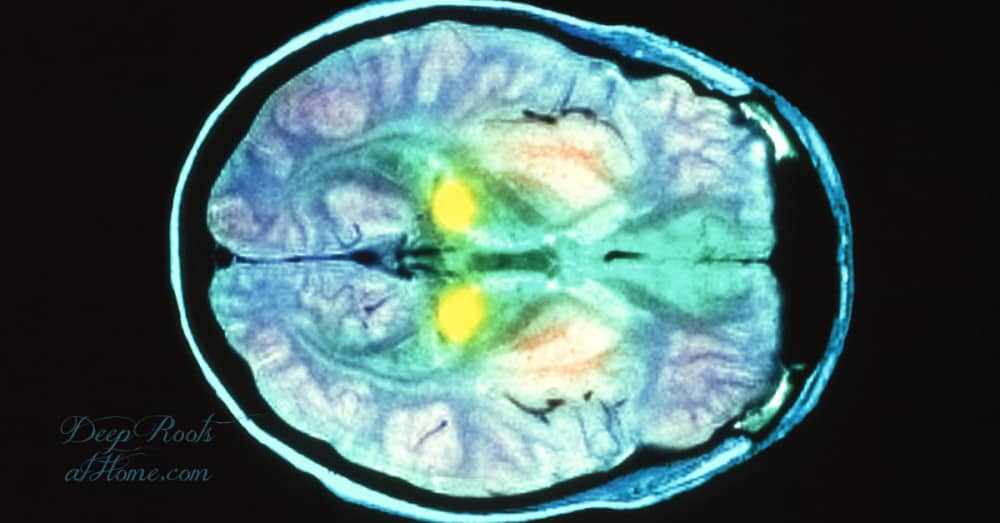 Also, the fact that prions are proteins is important, because Zeolites are known to have a strong effect on proteins, like the p21 gene responsible for cancer progression.

The Rife machine is an excellent modality to use, but it’s only one of many. 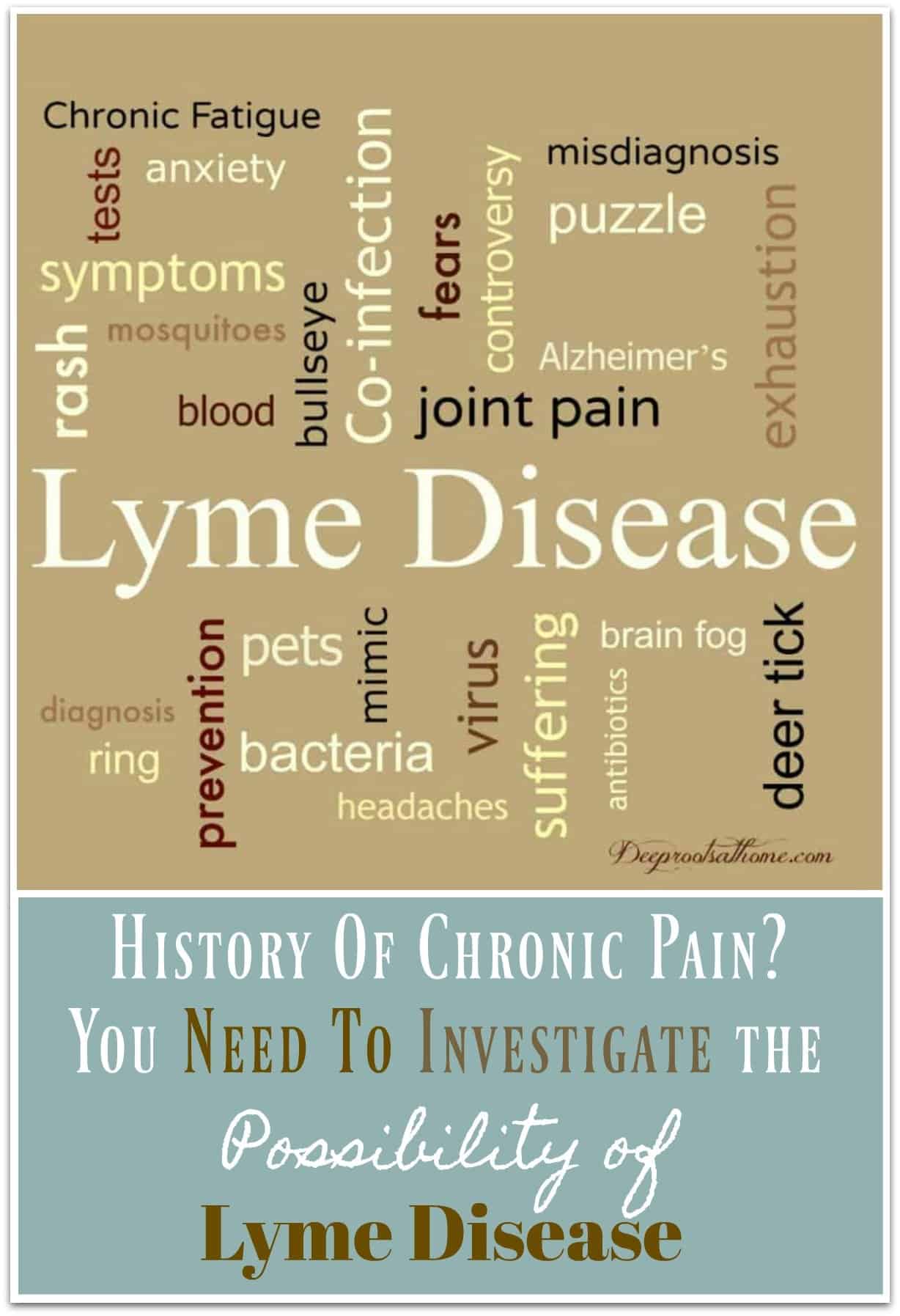 Share1.2K
Telegram
Pin40
1.2K Shares
« Anger, Aggression, Depression & Identifying Corn In Food
Connection For Keeps: Making The Most of The 900 Weeks Of Childhood »