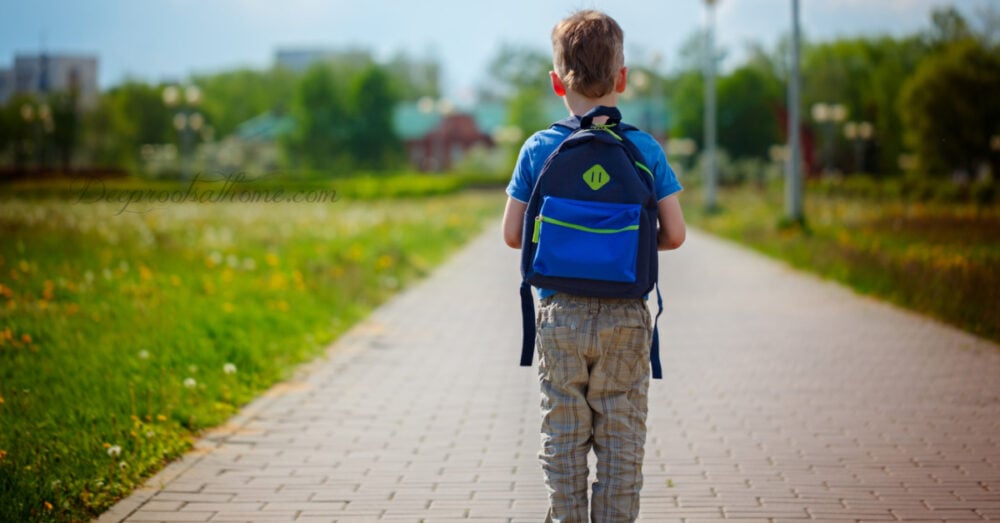 It’s common knowledge now that COVID-19 poses no threat to young children. It is also known that mRNA vaccinations against the virus are neither safe nor effective, and that a good many unsuspecting people have even died after receiving a COVID vaccine. Yet, Anthony Fauci, the CDC, and its advisory council continue to push for mandatory childhood vaccinations despite all these facts.

The immunization schedules are updated annually and are used as a guideline by physicians and by states for school entry requirements.

Following the vote, Republican governors publicly stated that they would not comply with CDC mandates and would not force children in their states to take COVID vaccine. (source) And there are also 2 Democrat states that have joined the ‘nos’: Colorado and Connecticut.

First on the list is Governor Ron DeSantis (FL-R) who didn’t hold back in his message to the CDC on Thursday.

I know a lot of parents are concerned about that because if that’s on the immunization schedule, the fear is that schools could potentially mandate your child to get a Covid shot, even if that’s not something that you want to do. So I just want to let everyone be clear. As long as I’m around and as long as I’m kicking and screaming there will be no Covid shot mandates for your kids. That is your decision,” DeSantis said during a press conference.

As long as I am Governor, in Florida there will not be a COVID-19 vaccine mandate for children in our schools. pic.twitter.com/oDXAj3c4Oy

If you recall, Florida Surgeon General Dr. Joseph Ladapo released a shocking report that there was an 84% increase in the incidence of cardiac-related death among males 18-39 years old within 28 days following mRNA vaccination. That is a huge number!

Dr. Ladapo recommended that young males from 18 to 39 refrain from taking the COVID vaccine, and he made it clear that COVID vaccines have no place in Florida.

Regardless of what @CDCgov votes tomorrow on whether COVID-19 vax are added to routine child immunizations – nothing changes in FL.

Thanks to @GovRonDeSantis, COVID mandates are NOT allowed in FL, NOT pushed into schools, & I continue to recommend against them for healthy kids.

Virginia Governor Glenn Youngkin (VA-R) also announced that he would not adhere to CDC mandates. (source)

Wyoming’s Governor Mark Gordon (WY-R), stated that his stance on the COVID vaccine hasn’t changed, and that children cannot be forced to be vaccinated against COVID to attend school.

Utah Governor Spencer Cox (UT-R) announced that he would not comply with CDC mandates.

Oklahoma Governor Kevin Stitt (OK-R) says ‘No’ to the CDC.

Governor of Iowa, Kim Reynolds (IA-R) announced that they had passed legislation to prohibit schools, colleges and daycares from enforcing COVID vaccines.

Alabama Governor Kay Ivey (AL-R) declared that it’s up to the parents whether or not to vaccinate their kids.

Tennessee Governor Bill Lee (TN-R) also announced that the state of Tennessee will not be impacted by CDC mandates.

Missouri Governor Mike Parson (MO-R) stated that he would not adhere to CDC mandates to vaccinate kids for school.

South Dakota Governor Kristi Noem (SD-R) said “she will not allow this government overreach into our families’ personal decisions.”

Montana Governor Greg Gianforte (MT-R) said he would not mandate the COVID vaccine in the state.

Ohio Governor Mike DeWine (OH-R) retweeted a post from Ohio Department of Health stating, “The State of Ohio does not mandate the COVID-19 vaccine for school attendance. The ACIP vote does not change Ohio law.”

Georgia Governor Brian Kemp (GA-R) said the state of Georgia would not comply with CDC mandates.

Idaho Governor Brad Little (ID-R) said he would never mandate the COVID-19 vaccine to all age group in Idaho.

In addition to sitting governors, at least 10 Republican candidates for governor have announced that if elected, their states will *not mandate* the Covid vaccine for schoolchildren:

According to National Academy for State Health Policy (NASHP) at least 19 states (s0 far) have banned the COVID vaccines from being included in school mandates as of October 3, 2022.

You can read more here.

Pray more states will stand up and say “NO”. Thank your state officials for their decision, but hold their feet to the fire and get involved in the parental rights movement in your state.