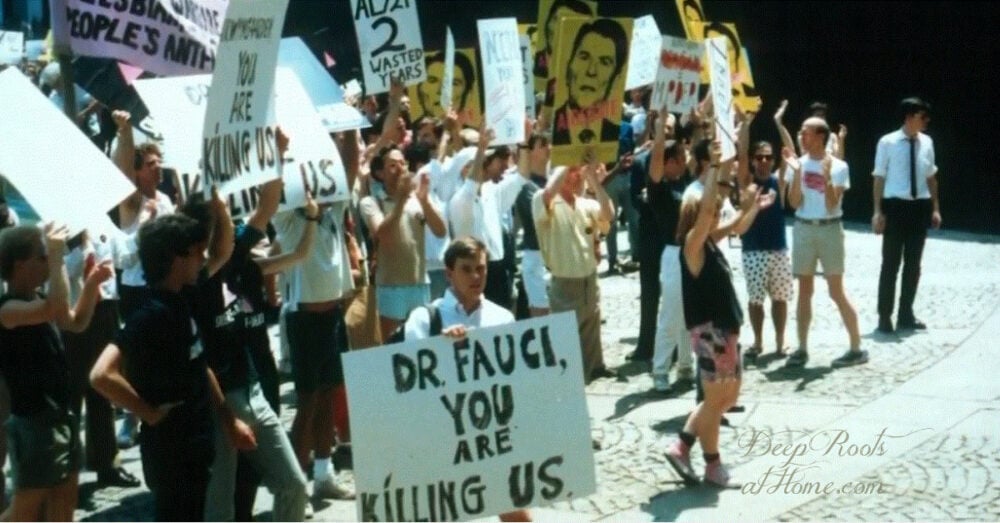 (Source screenshot from the second video below)

Fauci and his buddies in Pharma profit massively from sickness — more than they ever could from good health. Now that he is retiring, here is some of the astounding and criminal history.

Like the story of polio, the disease that never was, there is much to be learned.

Fauci’s career exploded during the early AIDS crisis as he partnered with pharmaceutical companies. Together, they sabotaged safe and effective off-patent therapeutic treatments for AIDS (similar to what he did during Covid). During that time, Fauci directed fraudulent studies, and then pressured FDA regulators into approving a deadly chemotherapy treatment he knew to be worthless against AIDS.

The FDA deemed AZT too toxic for human use. Many researchers today argue AZT killed far more people than AIDS.

AZT, according to SPIN magazine, is a drug that “was worse than the disease, and killed faster than the natural progression of AIDS left untreated.” (It’s a fascinating read by Celia Farber on AZT’s shocking approval.)

Fauci repeatedly violated federal laws to allow his Pharma partners to use impoverished and dark-skinned children as lab rats in deadly experiments with toxic AIDS and cancer chemotherapies. So, in 2005, Congress cited his agency for outlaw experiments on Black and Hispanic orphans in foster homes in New York and six other states.

What Robert F. Kennedy, Jr. reports here is not speculation.

According to journalist Celia Farber, as quoted in “The Real Anthony Fauci“:

“I found the mass grave at Gate of Heaven Cemetery in Hawthorne, New York. I couldn’t believe my eyes. It was a very large pit with AstroTurf thrown over it, which you could actually lift up. Under it one could see dozens of plain wooden coffins, haphazardly stacked. There may have been 100 of them. I learned there was more than one child’s body in each.”

Based on the findings of investigative journalist Liam Scheff, the gut-wrenching documentary exposed Fauci’s torturous clandestine medical experiments on HIV-infected children in the care of Incarnation Children’s Center (ICC).

In his book, Kennedy asks: “What dark flaw in Anthony Fauci’s character allowed him to oversee — and then to cover up —the atrocities at Incarnation Children’s Center? At very best, there must be some arrogance or imperiousness that enables Dr. Fauci to rationalize the suffering and deaths of children as acceptable collateral damage in what he sees as his noble search for new public health innovations. At worst, he is a sociopath who has pushed science into the realm of sadism. Recent disclosures support the latter interpretation.”

And Fauci (alongside Gates) has a documented long list of unethical and genocidal experiments on Africans which caused tragedy across the continent, particularly for children and pregnant mothers.

Just a few of the cruel and grisly experiments funded by Fauci:

Monstrous. Fauci is indeed a monster!

Fauci has steadily failed upward. His legacy is a nation that uses increasingly more pharmaceuticals, pays nearly three times more for prescription drugs than people in dozens of other countries, and has worse health outcomes and a sicker population than other wealthy nations.

Fauci used the fantastical financial clout to wield immense influence over universities, hospitals, thousands of influential doctors and scientists and their print journals — whose careers and institutions he has the power to advance, reward or ruin. These same doctors appear on network news shows, publish on the op-ed pages of influential media, and craft and defend the pharmaceutical cartel’s official narratives.

Forgotten is the traditional mission of researching the causes behind the exploding epidemics of allergic and autoimmune diseases. The chronic diseases Congress charged NIAID with preventing  rose from 1.8 % among children when Fauci came to NIAID in the 1960s, to 54% today.

Instead, Fauci transformed NIAID from a world-class protector into a product incubator for Big Pharma by developing new drugs and vaccines for which he, his agency and his employees often share patents and royalties.

Each of the vaccines funded by Fauci and Bill Gates — polio, DPT, malaria, meningitis, tetanus and HIV — likely caused far more injuries and deaths around the world than they averted.

Today, prescription drugs are America’s third leading cause of death, yet many were co-developed by the NIH during Fauci’s tenure at the NIH’s NIAID.

Catherine Austin-Fitts wrote, “During the so-called AIDS epidemic, Fauci’s promotion of AZT is estimated to have killed 330,000 gay men. The majority of American children (54%) now have chronic disease, and American children have lost seven IQ points since 2000. U.S. life expectancy is falling, with a widening gap of nearly five years between the U.S. and its peers. Meanwhile, the American people have experienced a growing number of pandemic “scares” including bird flu (2005), swine flu (2009) and Zika (2015-2016), in order to sell novel vaccines, helping to justify an ever heavier schedule of “vaccines” and pharmaceutical profits. (Source) (John Lauritsen’s book “Poison by Prescription”)

“In 2009, Gates stood before the United Nations and declared the “Decade of Vaccines.” He committed $10 billion to build a regulatory, political, media and brick-and-mortar infrastructure with the goal of inoculating the entire global population with multiple jabs by 2020.

In “The Real Anthony Fauci“, RFK, Jr. lays bare how Fauci, Gates and their collaborators:

Anthony Fauci is what Hannah Arendt termed a “schreibtischtäter” or “desk killer.” I thought I had a good sense of the harm Fauci has done as director of NIAID since 1984. Now I believe he may be the most dangerous man alive.

Fanning the Fear of Covid…

Gates and Fauci engaged in almost daily communications throughout the lockdown, and coordinated virtually every decision about COVID-19 countermeasures.

They inspired, in their hostages, gratitude towards their captors (Stockholm syndrome), and the belief that total obedience and unquestioning submission to an experimental, shoddily tested, fast-tracked, zero-liability COVID vaccine was their only hope for safe escape from captivity and “return to normal.”

Predictably, Fauci’s policies resulted in the U.S. accounting for 20% of the world’s COVID deaths, despite making up only 4.2% of the global population — another example of Fauci failing upward. 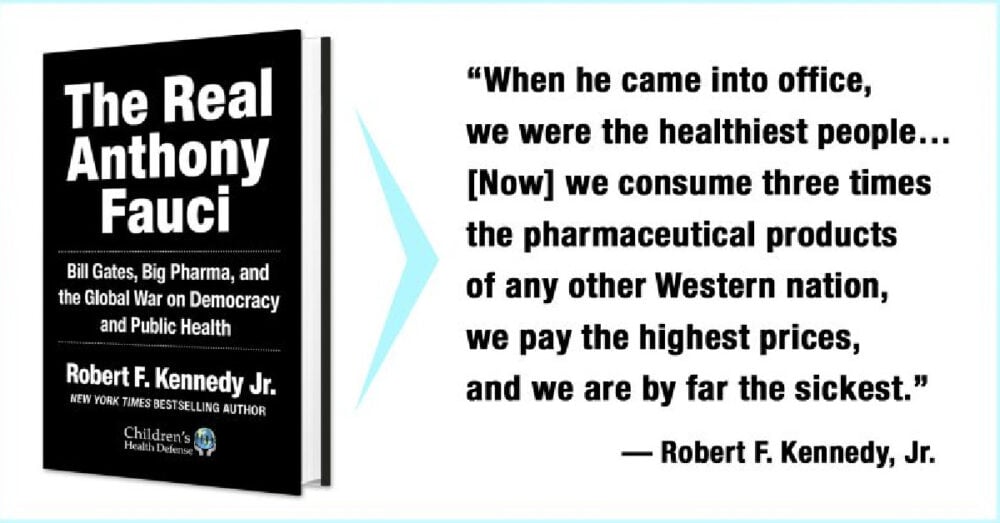 Humanized Mice, Etc.: Reasons Our Nation is Under Chastisement

Did Gov’t Sway Evangelical Leaders to Promote the Jab to Churches?

“Whoever would love life and see good days must keep their tongue from evil and their lips from deceitful speech.
They must turn from evil and do good; they must seek peace and pursue it.
For the eyes of the Lord are on the righteous and his ears are attentive to their prayer,
but the face of the Lord is against those who do evil.” ~1 Peter 3: 10-12

Share360
Telegram
Pin4
364 Shares
« Novavax: Not the “Ethical” Choice They Want You To Believe
What Erica Did When Her Daughter Got Dish Soap In Her Eyes »