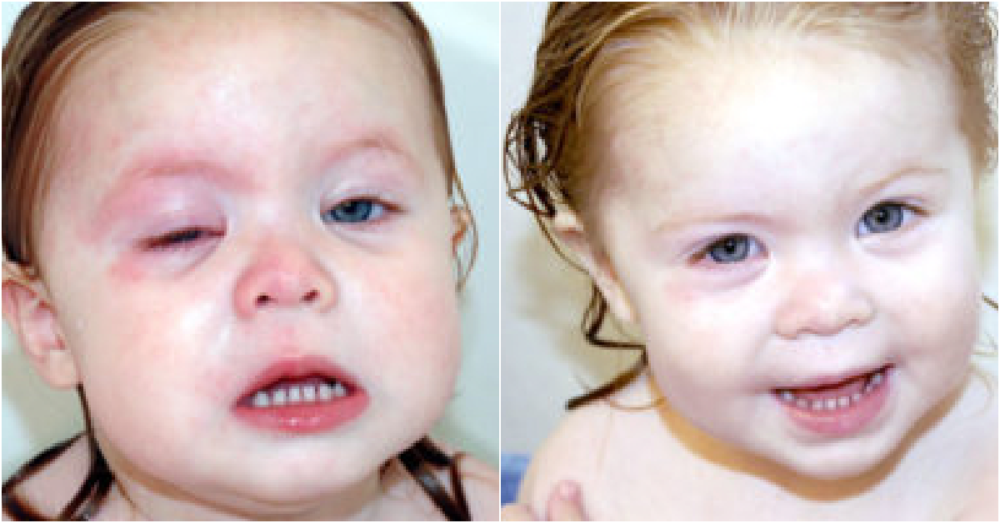 This morning while I was in the bathroom, my 1 year-old decided to take the Palmolive dish soap and “paint” our newly painted entrance way with it. Normally we use Seventh Generation which is clear and non-toxic but we had the bright green other stuff because it cleans Lovebugs off cars and lately we’ve been inundated with them and they’ll ruin the paint on your car if you don’t get them off.

Anyway, my poor little one’s right eye was almost completely swollen shut, fire-y red and blotchy. I spent about 15 minutes trying to rinse the dish soap out of her eye at the kitchen sink and it just was not getting any better. So I put her in the tub and poured water over it again and again for another 15 minutes and it still was not getting better. The baby was so upset as was I!

I thought about giving her a [homeopathic] remedy, and I considered Apis Mellifica and Allium Cepa. But she had just taken remedy earlier in the week for Croup, and I did not want to interfere with anything that might still be working.

How Erica Made a Homeopathic Dish Soap Remedy

I suddenly had an idea and while my 10 year-old daughter watched the baby in the tub, I quickly made a 10x “remedy” by dropping one (1) drop of the dish soap into an 8 oz. glass of water. I gently stirred this and took one (1) drop of this water and added it to a 16 oz. bottle of spring water (after I’d emptied out about 1/4 of it). I succussed (shook) it 10x and emptied all but a tiny bit, refilled it, and then succussed (shook) it again. I did this 10 times.

There was never enough of the original “soap water” to make soap bubbles and after diluting it 10 times I was confident it was safe to use as a rinse.

Being a photographer, I always have my camera nearby, and I decided to take a before picture to see if it made any difference. I then poured about 1/2 of the solution over the baby’s eye and forehead. She was *not* happy!

Originally, I thought this was technically an isode because it was using the same substance that caused the problem. But as kind reader Patty informed me it is truly homeopathic – and the most similar. Patty pointed out 379.1 in Chronic Diseases which states it does not remain the same once it is diluted and potentized. I did not give more Palmolive but a remedy made from it. (Thanks Patty – see her comments for detail.)

Having a digital camera I was able to record the timing between pictures. Have a look-see below!

The baby is down for a nap and I’m off to go scrub fluorescent green dish soap off my walls!

Picture 1 – Poor baby! Before remedy but after 30 minutes of washing eye with water.

[If you wish to understand the theory behind homeopathy, you can read more here about why I have started to care more and more for our family homeopathically instead of going to the doctor for most things. Today, staying out of the hospital, the medical system in general, is wise for so many reasons.]

Something Mysterious Saved the Lives of the Children

The Hospital Protocol Is What Is Killing Covid Flu Patients 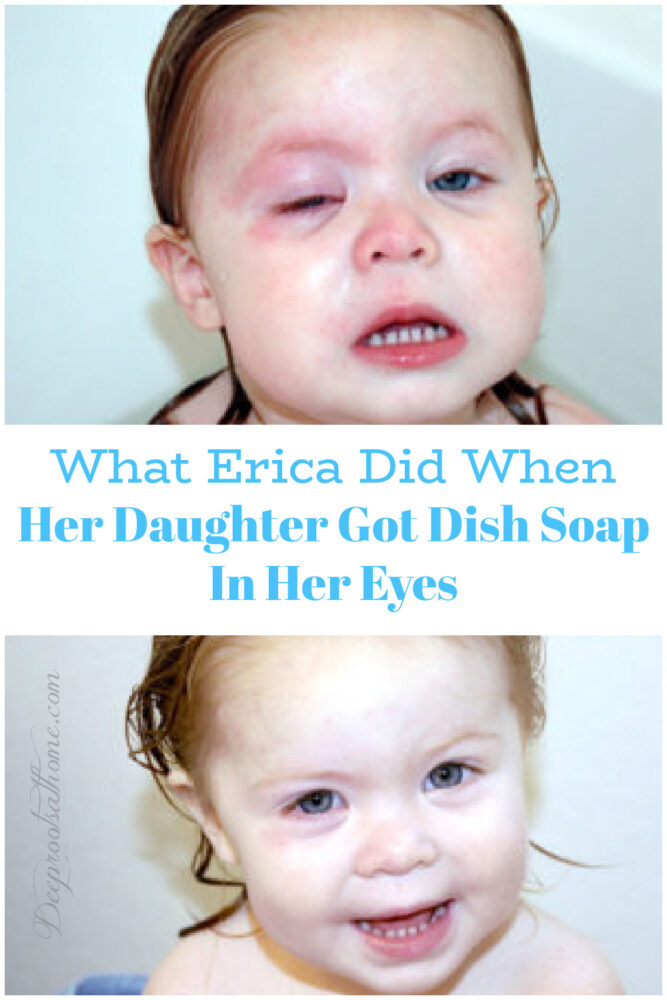