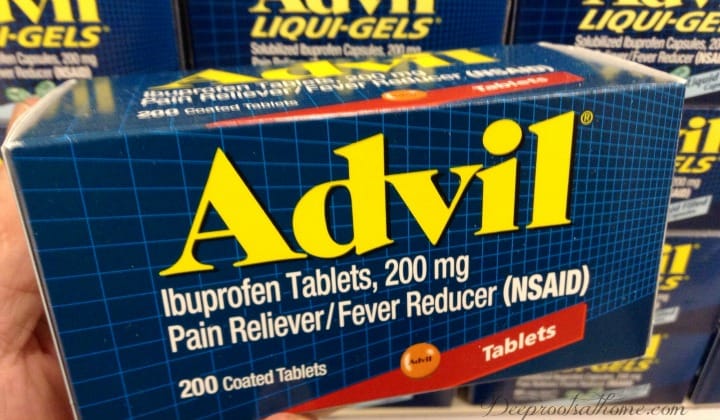 NSAIDs ibuprofen and naproxen, sold over the counter as Motrin, Advil and Aleve were in the news again for their role in causing heart attacks and strokes.

Though several years have passed, it is still a timely warning! Lots of us pop pain-relievers like ibuprofen as needed, thinking they’re harmless — but that’s really not the case according to the FDA.

“In 2005, the FDA warned that taking nonsteroidal anti-inflammatory drugs (NSAIDs) like ibuprofen and naproxen increased the risk of having a heart attack or stroke.

Then in July 2015, the FDA took the unusual step of further strengthening this warning.

This was done on the advice of an expert panel that reviewed additional information about NSAIDs and their risks. Because NSAIDs are widely used, it’s important to be aware of downsides of taking an NSAID and to take steps to limit the risk.” (source)

“NSAIDs may also elevate blood pressure and cause heart failure.

The risk of heart attack and stroke achieved special notoriety with rofecoxib (Vioxx), a type of NSAID called a COX-2 inhibitor.

The regrettable experience with Vioxx raised awareness about the cardiovascular risk of NSAIDs, and led to further studies showing that the risk is not limited to Vioxx but is associated with all NSAIDs. (source)

Some of the other drugs include Celebrex, Advil, Motrin, Aleve, Naprosyn and Toradol. (Aspirin is included in this recent warning.)

The FDA’s words are “from the first weeks you begin using an NSAID, there’s an increased chance of heart attack and stroke.

“These risks apply to everyone, whether you’re already prone to other cardiovascular events or not.”

Why Say ‘No’ To NSAIDs 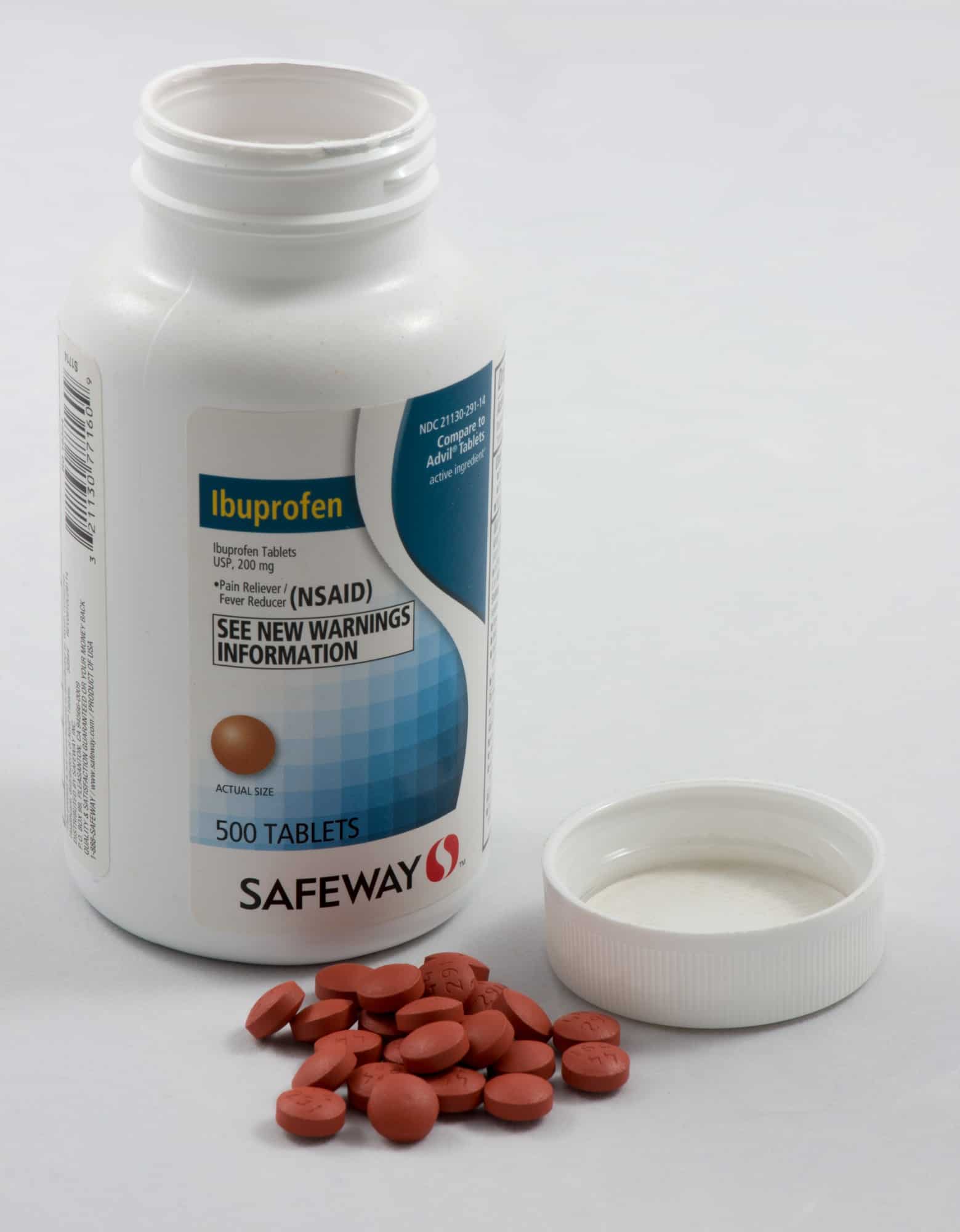 Many have known for some time that these drugs – called nonsteroidal anti-inflammatory drugs, or NSAIDs – have serious side effects and are a major cause of drug-induced injury. They are estimated to cause at least 16,000 deaths per year and send 100,000 people to the emergency room in the U.S. The most common damage they cause are digestive ulcers and bleeding. I believe some doctors give a drug to reduce stomach acid to minimize the stomach-damaging effects of NSAIDs. And, yes, that drug has side effects of its own.

Studies also have shown increased risk of other conditions, including atrial fibrillation, where the heartbeat becomes rapid and weak; kidney damage; and delayed or blocked healing, both of fractures and soft tissue injuries.

The FDA just reversed itself on using “baby aspirin” to prevent heart attacks and strokes, finding that it really doesn’t reduce deaths, but does expose the patient to significant risks.

Now there is newer evidence, which led to these stronger warnings, showing that even short courses of these drugs at recommended doses can have serious side effects.

The deputy director of the FDA’s Division of Anesthesia, Analgesia, and Addiction Products, said, “There is no period of use shown to be without risk.” She also addressed the fact that while people who already have heart disease may be at more risk, even those without any history of this problem may develop it from taking these drugs.

These all affect inflammation. You may consider doing more than one thing for a synergistic effect.

In my own life and in working with others, I have seen how dietary and supplement changes can greatly alleviate many of the symptoms NSAIDs are usually taken for. The effectiveness of each of these individual methods will vary by individual, but a comprehensive plan can often greatly alleviate symptoms across the board.

Lower your inflammation, and you’ll reduce or eliminate pain and your body can heal itself.

Used by pro teams (Boston Red Sox, NY Yankees, Dodgers, Chicago Cubs to name a few), you can get Biofreeze at Amazon, CVS, Walmart, Meijer, Target, etc. many people swear by it and several readers have told me specifically about it. Good ingredients that work on many levels. Worth a try.

2. Turmeric for pain, chronic or acute:

Turmeric beats Prozac and Ibuprofen for pain in numerous studies. Instead of nasty side-effects like most patented pharmaceutical medications, turmeric research has shown it to benefit over 160 different pathways in the body. Turmeric quashes inflammation. 4,000 mg in divided doses per day can work wonders for most people. Ex: capsules, powder

How To Make {& Use} Turmeric Golden Paste

3. Non-THC CBD oil has just recently been given the clearance for legal sale in many states.

I wrote a short article about it here.

There are great reports of pain being able to be controlled with THC-free CBD oil. Benefits of CBD with Less Than 0.03% THC:

To get clear unbiased information check out this site.

4. Magnesium and raspberry leaf for cramps or PMS:

Think of magnesium as the relaxation mineral. Anything that is tight, irritable, CRAMPy, and stiff — whether it is a body part or an even a mood — is a sign of magnesium deficiency. Magnesium deficiency has even has been linked to inflammation in the body and higher CRP levels. Most people benefit from 800 to 1,000 mg a day. (source) Ex: capsules or a powder product like Natural Calm so that you can vary your dose and work up slowly.

Don’t forget Raspberry leaf: I have information on this fabulous herb for women here.

Both Omega-3 fatty acid supplements seriously reduces inflammation. These “good fats” lower inflammation. That can help with joint pain and stiffness, back pain, and pain from menstrual cramps. Take up to 3 grams of fish or flax oil per day as supplement. Ex. fish oil capsules, flax seed oil (successfully used after neurosurgery for pain relief-source)

I swear by virgin (not refined) coconut oil, but I take a LOT!!!  Virgin coconut oil reduces inflammation. It is also amazing for hormone health. It provides the necessary building blocks for hormone production, can assist weight loss and has antimicrobial and antibacterial properties.

If you really need hormone help, aim to consume 1/4 cup of added virgin (not processed) coconut oil a day. My favorite way is to blend into a smoothie, coffee or tea. I use this extra virgin coconut oil.

If you have an inflammatory type of arthritis, probiotics may be especially important. The beneficial bacteria in the gut appear to have an impact on inflammation all through the body, reducing common biomarkers of inflammation, including C-reactive protein. It may also help with irritable bowel syndrome, especially pain and bloating. An average adult dosage is 10 billion CFUs per day. Ex: capsules

MSM is a powerful anti-inflammatory due to its ability to allow metabolic wastes to be removed from the cells. MSM is a beneficial nutrient for helping conditions like arthritis, rheumatoid arthritis and osteoarthritis and helps in breaking up the unhealthy calcium deposits in the body that are the root cause of degenerative diseases. 500 mg three times daily up to 3 grams twice daily. Ex: capsules

It’s known as Indian frankincense. In one study, people who often get cluster headaches had milder, less frequent headaches when they took boswellia. You can take it as a tablet, up to 900 milligrams per day. (source)

White willow bark is nature’s aspirin. It has salicin, which tames inflammation. It’s good for headaches and may ease low back pain. As a capsule, take 120-240 milligrams per day. Ex: capsules, powder, extract (source)

You may be taking an NSAID and not realize it especially if you’re taking a combination pill, like a multi-symptom cold-relief medication. Don’t take multiple medications with the same active ingredient allowing a build up in your body.

If an over-the-counter pain reliever isn’t actually working to improve your symptoms, stop taking it. And if you have symptoms of a heart issue while taking NSAIDs, like chest pain, difficulty breathing, or weakness in a part of the body, seek medical attention immediately. 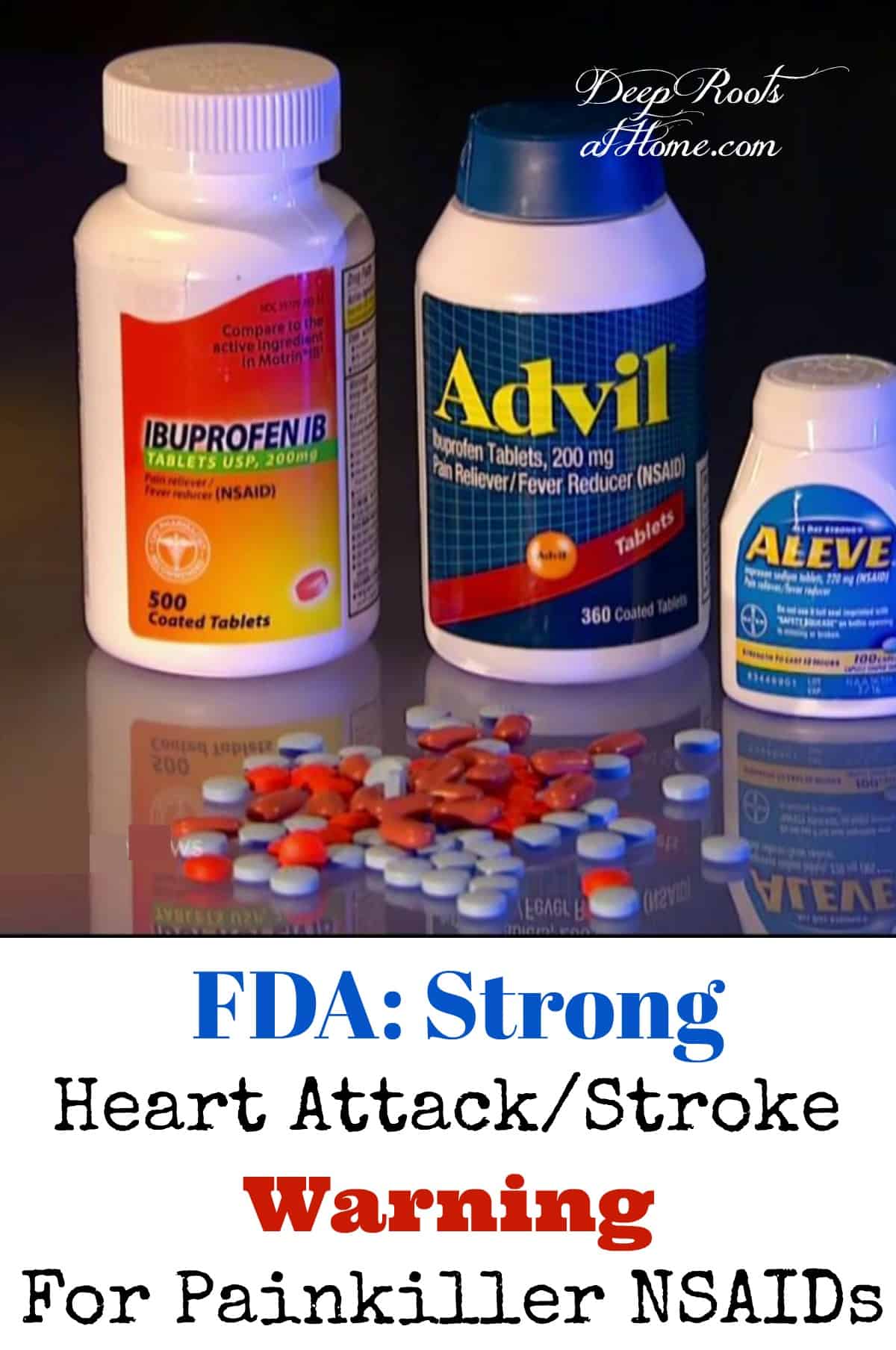