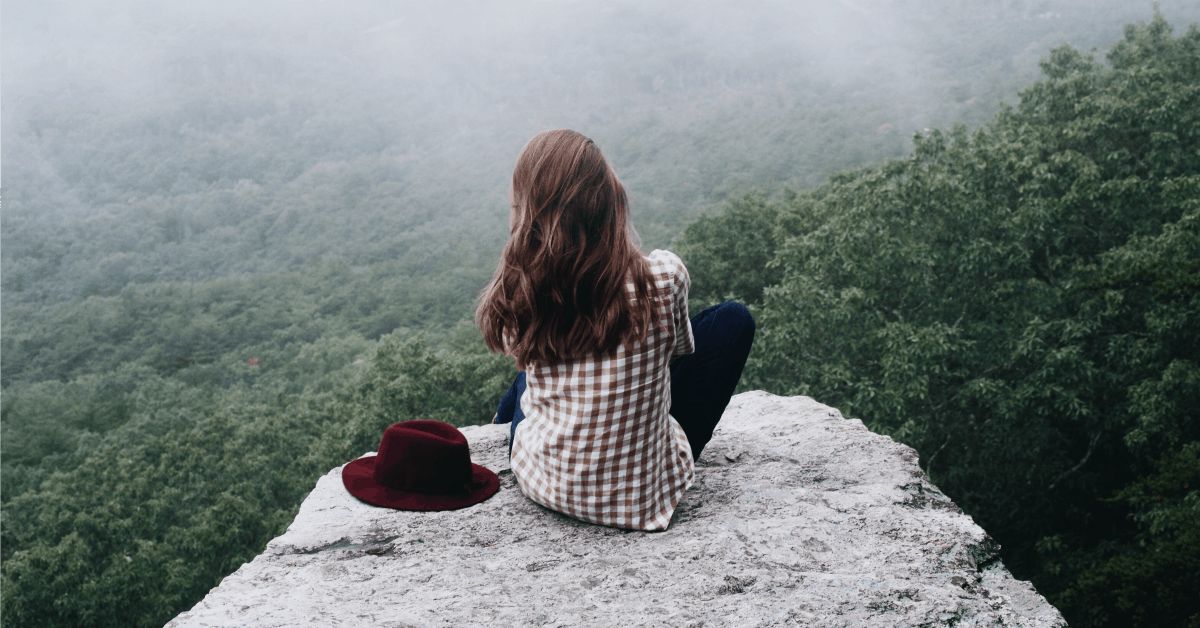 Photo by Caleb Frith on Unsplash

“Oh hey, come on in!” I said to my friend while giving her a big hug. This was her first time over to my new house.

“We still have a lot of remodeling to do, but we’re getting there.” I said gesturing to a pile of drop cloths and paint cans.

“Are you kidding?” she said enthusiastically. “Your house is seriously adorable already!”

We slowly walked through the front entryway and into the family room. We chatted back and forth about house projects and remodeling woes. Then, after carefully examining the entire room, she looked at me with a puzzled expression and asked, “I don’t see a TV anywhere…do y’all keep it in the bedroom or something?”

Somehow I knew this question was coming.

“Actually…” I said while glancing around the room, “we…don’t own a TV.” Her eyes instantly widened. “Really? Seriously?” she asked with a shocked face.

“I know, I know. We’re living in dark ages!” I said laughing. “But to be honest…we actually like it. There’s just not a lot of stuff we want to watch on TV these days…Plus, if we do want to watch something we can usually find it on the internet.”

She nodded in what appeared to be half agreement and half astonishment.

Whenever someone finds out that Zack and I don’t own a TV, we usually get the same shocked response. And I don’t blame them! If I were in their shoes I would probably be shocked too.

Owning a TV and watching it regularly is an everyday, normal pastime for Americans.

Even though owning a TV is the normal thing to do today, Zack and I decided to opt out of this particular pastime. Before we got married (during engagement), we made the “crazy” decision to start our new life off together without purchasing a TV. Weird, I know.

So what prompted us to be so radical in our decision? Why would we pull the plug on something as popular as TV?

I’ll be the first to admit that it wasn’t because I thought TV was boring.

We didn’t ditch TV because there wasn’t anything “interesting” to watch. No way. We enjoy being entertained with the best of ‘em. And for us, that’s exactly where the problem was. We both knew how addicting a good TV show could be. We knew how captivating a series could become. And we also knew how quickly our moral convictions and standards could be swayed.

We knew because we had lived it.

Both of our pasts are filled with stories of slippery-slope-compromises. Without even realizing it, we both fell prey to the mindset that consistently justified everything by saying, “it’s not thaaaat bad.”

Can you relate to us here?

A pastor named Kent Hughes says, “Today, the all-pervasive glow of the television set is the single most potent influence and control in the Western culture. Television has the greatest power over the lives of most Americans than any educational system, government, or church.”

I don’t think most of us realize how influential the TV is on our thinking.

Everything we watch portrays someone’s worldview. Every show we watch was created by a specific group of people who have a very specific worldview. Sadly, there aren’t a lot of Christian worldviews floating around in Hollywood…so what we watch is usually saturated with ideologies contrary to God’s word.

One of the most influential books I have ever read in my life is called, Worldliness: Resisting the Seduction of a Fallen World, by CJ Mahaney. In it, there’s a chapter on media in which Craig Cabaniss says,

“The media has great power to influence, but most people – both Christians and unbelievers – presuppose that their worldviews, desires, and opinions are safe from media sway. We’re convinced we’re beyond reach. How revealing, then, that advertisers spend $215 billion annually just on television commercials. These marketing dollars are not charity; our thinking is influenced by what we watch, and advertisers know it.”

Powerful and true. None of us are beyond the reach of influence.

What we watch will shape our thinking in one direction or another.

Nothing is neutral. That’s why advertisers are willing to pay so much money for their message.

In my past experience, the more I allowed myself to absorb the TV, the more I wanted it. The reverse was rarely true. And that’s when I found myself constantly justifying what I wanted to watch by saying, “it’s not thaaat bad.”

The moral bar kept getting lowered.

Have you ever experienced that?

For Zack and me, we didn’t want to make those same mistakes again.

When we weighed the pros and cons against each other, the cons bore the heaviest weight for us.

Yes, there are a handful of innocent shows on TV. However, there are also dozens, if not hundreds of not-so-innocent shows right next door. Not to mention the constant bombardment of unsolicited commercials and easily wasted time.

We had to ask ourselves a very pointed and honest question: “Is it worth it to us?

Choosing to begin our marriage without a TV was a radical choice.

We realize that. But it’s one we are so grateful we made.

That’s a choice we will never regret.

That doesn’t mean we don’t enjoy a good, clean movie every now and then. We’ll even watch a sports game here and there via live streaming from the internet.

We still enjoy entertainment, we’re just more selective in what we watch and how we watch it.

Our personal choice to unplug was born out of a conviction and desire to remove unwanted distraction, temptation, and potential pitfalls from our lives.

We don’t have a “holier than thou” attitude about it…we just feel like we can honor God better this way.

However, we don’t look down on anybody who owns a TV and we don’t judge their decision.

We know and love many wise Christians who own television sets. Each person isn’t going to be convicted in the same way and we completely respect that.

With that being said…would I recommend unplugging from the TV? Even for a season? Well, for me, the benefits are undoubtedly worth it.

Whether you’re currently watching a little or lot of TV, I sincerely encourage you to examine and evaluate your television intake.

What are you watching and why?

Do the shows you watch chisel away at your Christian worldview?

Are you justifying your habits by saying, “It’s not thaaat bad?”

How many hours a week are you wasting/using up on pointless entertainment?

As they grew up, their family grew larger in number and taller in height. Eight of the ten family members are over six feet tall and often referred to as “that tall blonde family.” They’re not Scandinavian, but a Grandmother is from Austria! 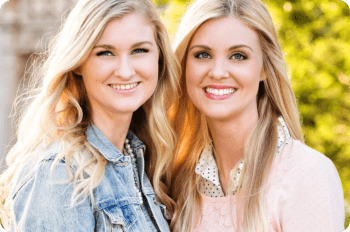 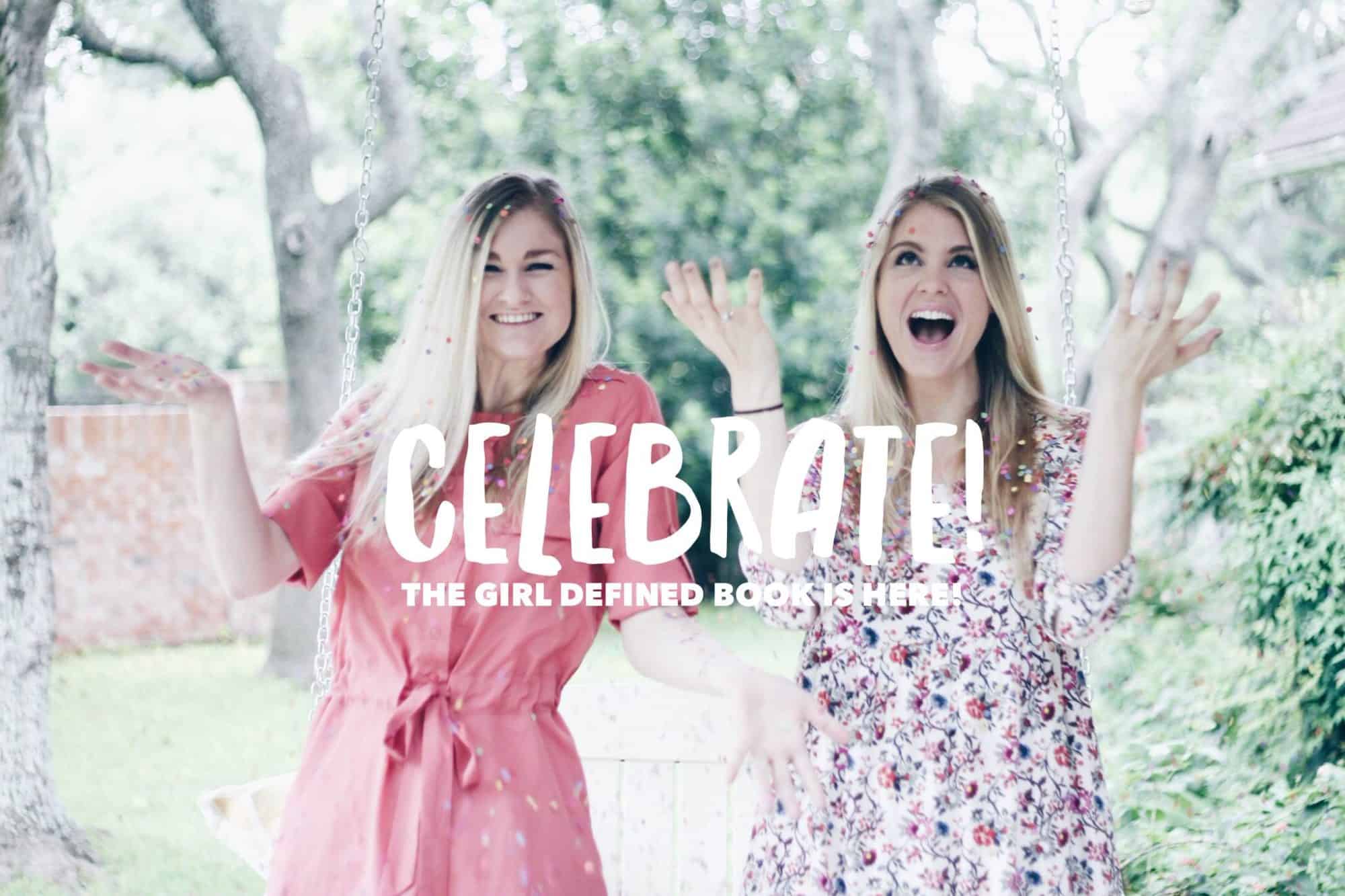 After high school, one of the opportunities that came knocking on their door was modeling. Both tried out different agencies and were disappointed to discover that purity and high moral standards were not in the modeling vocabulary.

Both came to realize that being a girl in today’s world can be a confusing thing. Their hope is that Girl Defined will challenge, encourage, and open your eyes to the incredible truth of God’s design and purpose for your life.

Their Girl Defined and Love Defined books are great!

I’d love to chat with you more about this topic below! Questions, comments, and critiques are welcome.

[Note from Jacqueline: After reading this post by Kristen, I wish it hadn’t taken us 22 years of marriage to realize how it monopolized our time and influenced out thinking! At that later stage in life, we were finally able to have our first child, so that was when said NO MO! Looking back, it was on of the best decisions we’ve made, freeing us up for deeper relationships and all we are doing now. When we do watch something, it is via computer. And physically, we are a healthier in our 60s, for sure.] 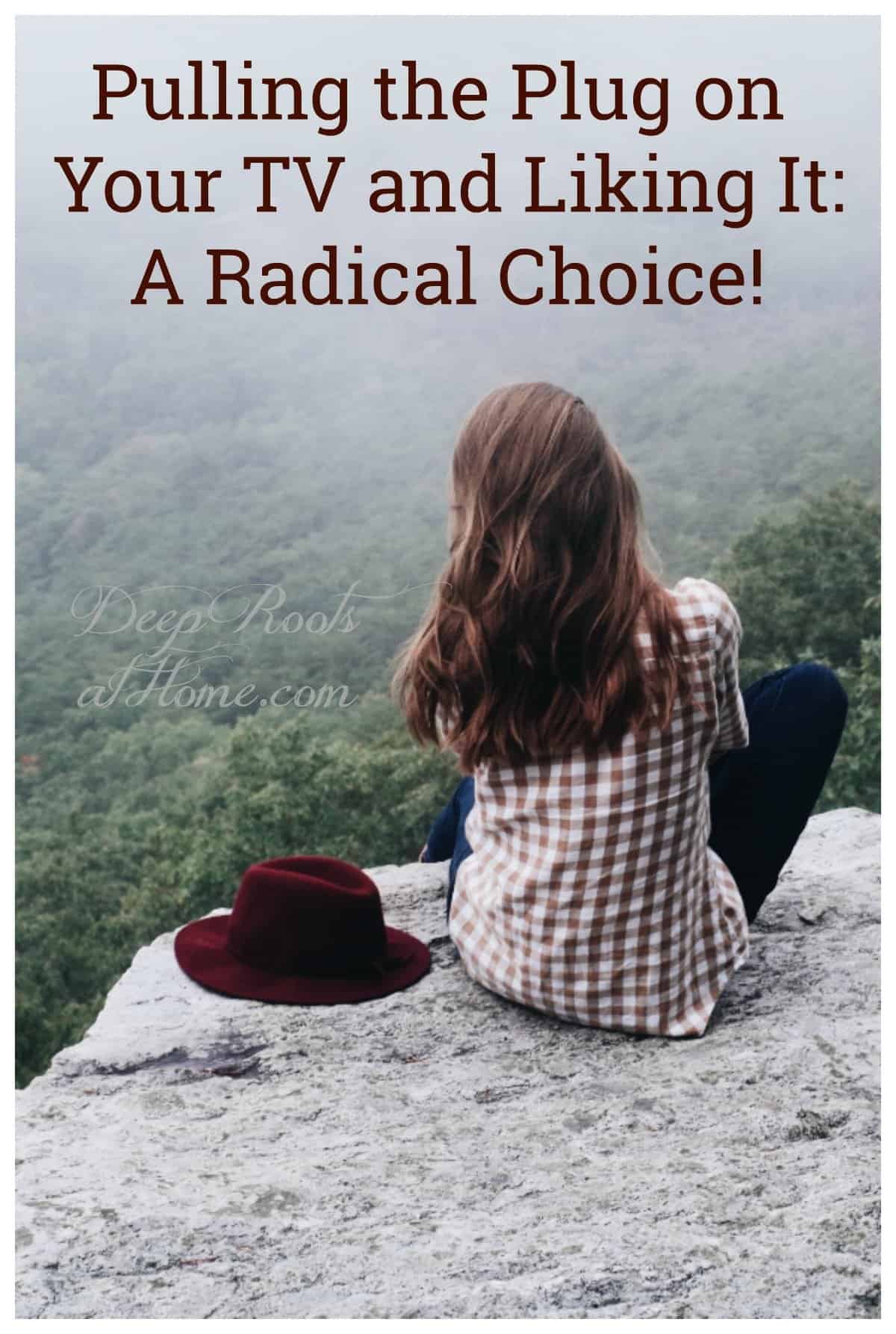 Share4.0K
Telegram
Pin98
4.1K Shares
« 7 Solid Reasons to Say ‘No’ to the Flu or Tdap Shot If You Are Pregnant
Fathers, Take Your Children to Church: You Can Make a Difference »