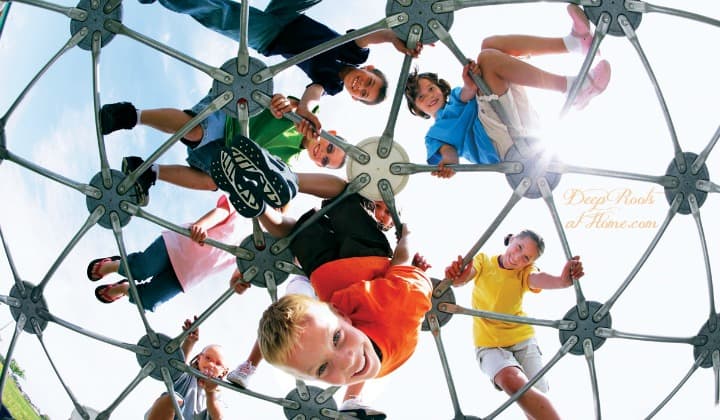 Recess. It was a huge part of our homeschool years, but for most young children who go into a school setting, what used to be a basic part of growing up has, in most cases, been shelved.

Teachers say their students have a hard time focusing in class. Some children feel ‘ready to explode’! They can’t even sit still during critical testing periods. It’s as though they are naturally wired for playing, running and jumping, as opposed to constant sitting, studying and reciting.

Some Texas teachers are trying to reverse this in their schools as we shall see, and that is a very good thing.

Recess is often sacrificed to make room for more academics. Experience and the  research says that’s a big mistake.

The pharmaceutical giants have pulled huge financial returns since time set aside for play declined. Adderall, Ritalin or Concerta are given to normal, active children thought to have ADHD.

If we want to slow down the onslaught of children being prescribed medication, we will increase their time to play!

In Defense of Recess

Could it be that without movement and play, children simply can’t use their energies effectively in learning? Allowing activity to developing minds and bodies breaks up the physical and mental monotony of the classroom.

Finland has shown this simple idea works well. Students’ test scores rose along with increased play time. Finland gets some of the best scores in the world for reading, math and science.

An American teacher in Helsinki questioned the national practice of giving 15 minute breaks each hour—until he saw the difference it made in his classroom. He saw his Finnish students – invariably – re-enter the classroom with vitality in their steps after a 15-minute break. Finnish elementary school teachers seem to know this intuitively, sending students outside – rain or shine – for their recesses.

Some US Schools Quadrupling Recess Time!

The Finnish implementation of recess served as a model for a program in a number of Texas schools which have given children four recess breaks a day, and teachers and parents say the results are amazing.

Eagle Mountain Elementary in Fort Worth, Texas, is one of these schools. Today says, “The youngest kids at this school now enjoy two 15-minute breaks in the morning and two in the afternoon for a total of one hour of recess a day. That’s three times longer and three more breaks than they used to get.”

Some teachers were hesitant, including first grade teacher Donna McBride. Several months into the experiment, her fears ended. Her students are less fidgety and more focused, she said.

They listen more attentively, follow directions and try to solve problems on their own instead of coming to the teacher to fix everything.

Due to this, they are saving time! And there are fewer discipline issues.

Debbie Rhea, a kinesiology professor at Texas Christian University who created the project, stated, “You start putting 15 minutes of what I call ‘reboot‘ into these kids every so often and… it gives the platform for them to be able to function at their best level. When they go back in, they’re ready to learn, they’re focused.”

Rhea spent her sabbatical in Finland in 2012 to observe in the schools and noticed Finnish kids received “lots of breaks during the school day, enjoying 15 minutes of “unstructured outdoor play” every hour.”

Sadly, many children in the U.S., might just get one 15-minute recess a day, plus some in-class stretch time.

Unstructured Play Is the Key

The key to recess is “unstructured play,” which Rhea described as kids being allowed to run, play and make up their own games while teachers mostly stay on the sidelines to make sure everyone is safe.

The breaks should take place outdoors because fresh air, natural light and vivid colors all have a big impact on the brain and its function, she added.

While administrators in schools trying the program initially thought it would negatively affect testing results, the results have proven that the opposite is actually true, which is in line with how the American Academy of Pediatrics sees playtime.

Medicating restless children to better fit them in to a dumbed-down education system is part of why it’s broken. It’s a grave mistake, criminal even. Programs like these desperately need to be implemented nation wide.

“It’s that fear that your children are not going to have the highest test scores,” said the Eagle Mountain Elementary PTA president, Amy Longspaugh (also a mother of a student there). “Sometimes, I think that we look at a number versus the whole child.”

After seeing all the improvements, most parents are now on board with the project, Longspaugh noted. And, the principal of Eagle Mountain Elementary, called the results “impressive.” Extra recess and physical activity is one of the reasons we homeschooled.

The trend is to expand recess in more states including Texas, Oklahoma, the whole state of Virginia, Florida, Rhode Island, Minnesota and Utah. School districts in California and Pennsylvania are also interested, Rhea said.

“Increasing recess is working,” she noted. “I don’t think there’s a school district out there right now that doesn’t think that we need it.”

Dear Parents! It is imperative that we change the policy governing the amount of recess and physical activity our children get in school! And if you homeschool, keep it coming! 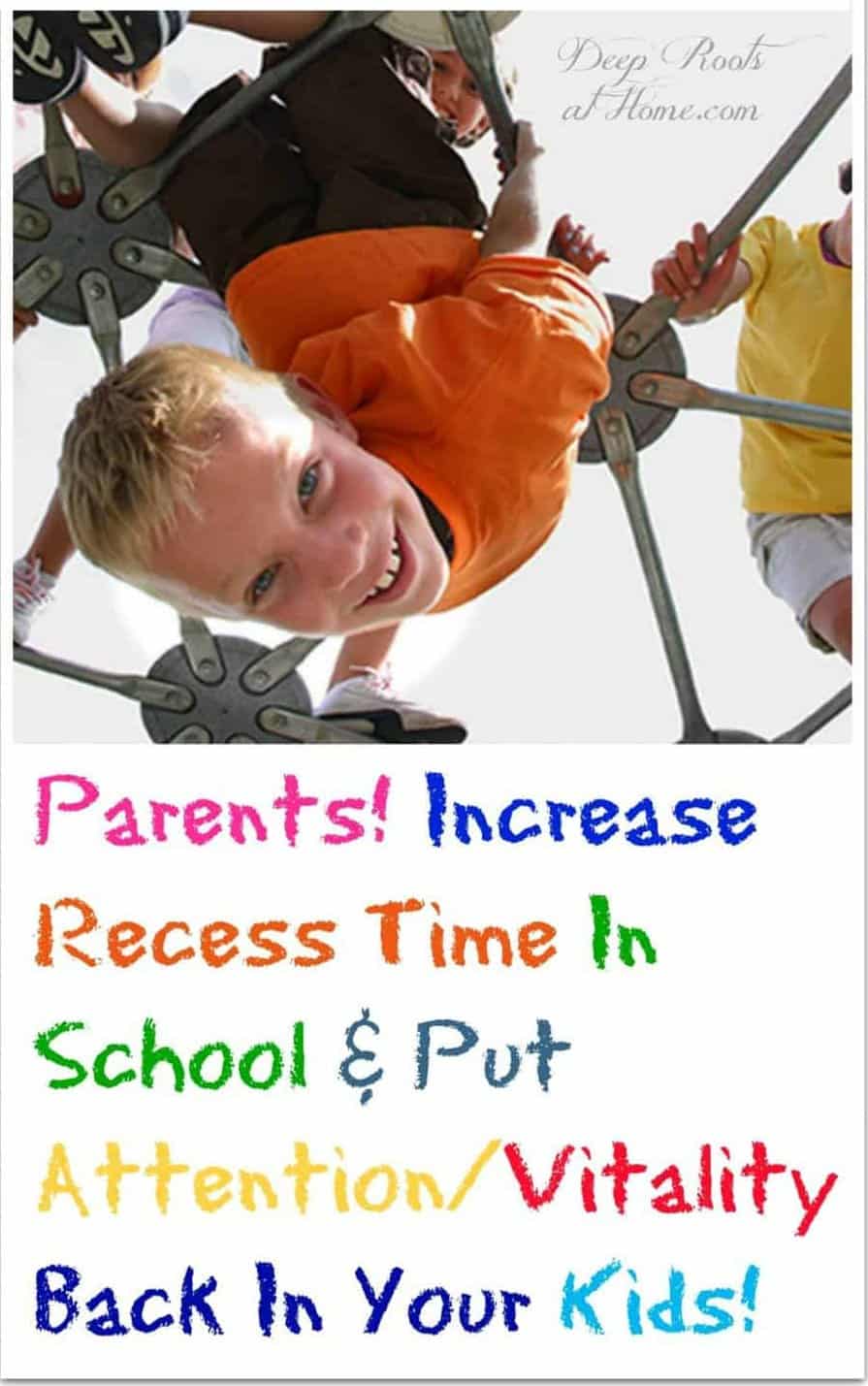