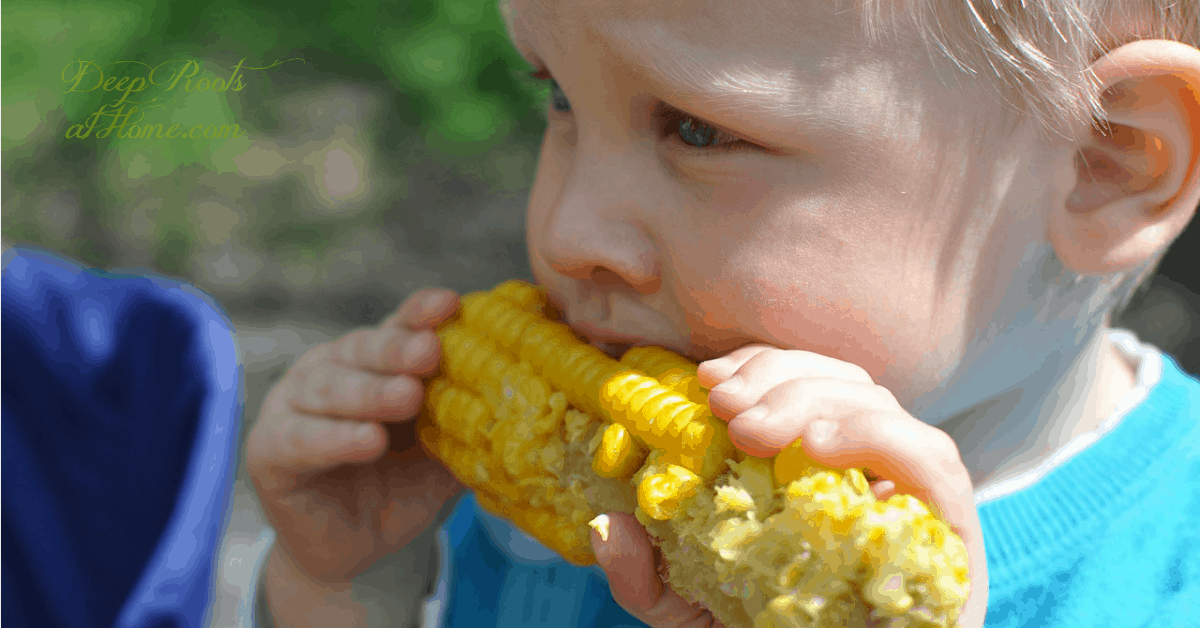 The money-making trick of the pesticide/biotech industries is this: to market and sell GE (genetically-engineered/modified) seeds that demand pesticide use by design. This intentionally boosts market share for corporations like Dow DuPont and Bayer which is now merged with Monsanto.

The marketing strategy of selling hybrid seeds expressing both insect-resistance and herbicide-tolerance (called stacked seed) is deeply flawed. As “superweeds” and “superbugs” evolve resistance to GE crops and their associated herbicides and pesticides, farmers resort to more chemical use, not less. (source)

Eager to sell more of its flagship herbicide, Roundup, Monsanto also encourages farmers to use Roundup as a dessicant, to dry out all of their crops so they could harvest them faster. So Roundup is now routinely sprayed directly on a host of non-GMO crops here in the U.S. and abroad, including:

So conventional white sugar is laced with glyphosate!

And so is canola oil!

EcoWatch reports, “Monsanto has falsified data on Roundup’s safety, and marketed it to parks departments and consumers as “environmentally friendly” and “biodegradable, to encourage its use it on roadsides, playgrounds, golf courses, schoolyards, lawns and home gardens. A French court ruled those marketing claims amounted to false advertising.”

It is in our breakfast cereals (see my list), for crying out loud! 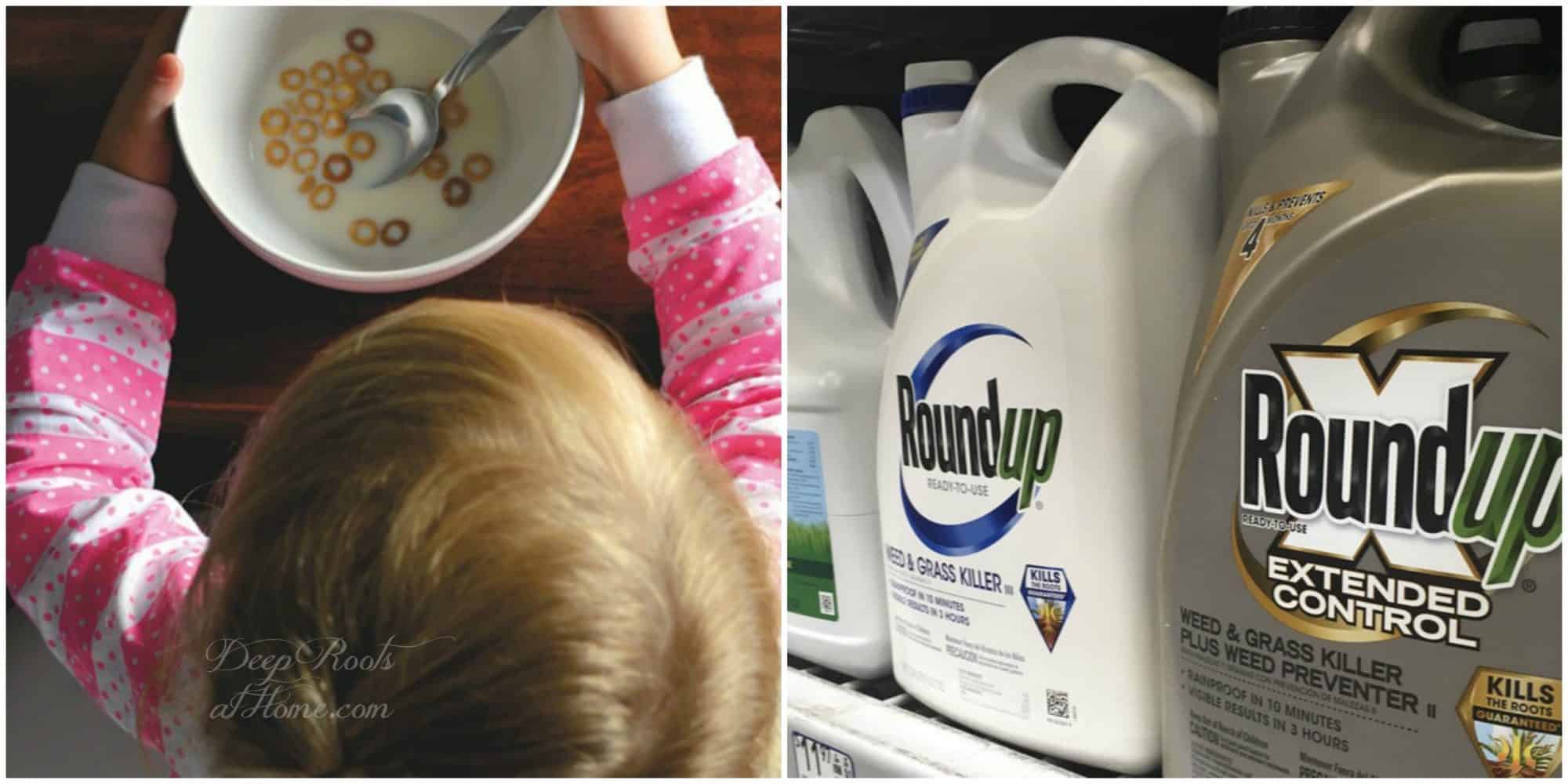 Partial list of debilitating illnesses from exposure to Roundup aka glyphosate:

Reproductive problems: Studies of laboratory animals have found that male rats exposed to high levels of glyphosate, either during prenatal or pubertal development, suffer from reproductive problems, including delayed puberty, decreased sperm production, and decreased testosterone production. This may lead sexual confusion issues in puberty!

Alzheimer’s disease: In the lab, Roundup causes the same type of oxidative stress and neural cell death observed in Alzheimer’s disease. And it affects CaMKII, an enzyme whose dysregulation has also been linked to the disease.

Autism: Glyphosate’s capacity to promote aluminum accumulation in the brain (as seen in high levels after va((ines) may aid, to some extent, the growing numbers of autism in the U.S.

Birth defects: Roundup and glyphosate can disrupt the Vitamin A (retinoic acid) signaling pathway, which is crucial for normal fetal development. A study of one farming family in the U.S. documented elevated levels of glyphosate and birth defects in the children.

Corn Allergies:  Corn hides under many names, and can trigger ODD (Oppositional Defiant Disorder) made up of aggressive behaviors including anger, irritable mood, and vindictiveness.

Depression: Glyphosate disrupts chemical processes that impact the production of serotonin, an important neurotransmitter that regulates mood, appetite and sleep. Serotonin impairment has been linked to depression.

Inflammatory Bowl Disease (“Leaky Gut Syndrome”): Glyphosate can induce severe tryptophan deficiency, which can lead to an extreme inflammatory bowel disease that severely impairs the ability to absorb nutrients through the gut, due to inflammation, bleeding and diarrhea.

Liver disease: Very low doses of Roundup can disrupt human liver cell function, according to a 2009 study published in Toxicology.

Non-Hodgkin lymphoma: A systematic review and a series of meta-analyses of nearly three decades worth of epidemiologic research on the relationship between non-Hodgkin lymphoma (NHL) and occupational exposure to agricultural pesticides found that B cell lymphoma was positively associated with glyphosate.

Parkinson’s disease: The brain-damaging effects of herbicides have been recognized as the main environmental factor associated with neurodegenerative disorders, including Parkinson’s disease. The onset of Parkinson’s following exposure to glyphosate has been well-documented and lab studies show that glyphosate induces the cell death characteristic of the disease.

Obesity: An experiment involving the transfer of a strain of endotoxin-producing bacteria from the gut of an obese human to the guts of mice caused the mice to become obese. Since glyphosate induces a shift in gut bacteria towards endotoxin-producers, glyphosate exposure may contribute to obesity in this way.

Do not lose heart, dear reader! I held on to Matthew 11: 28-31 when we were in the thick of our son’s failure to thrive/food allergy battles due to mold. It was the proving ground which drove me to the Lord. Believe it or not, I learned more in that 7 year period than I could ever begin to tell and am trying to use that knowledge to help you. I trust the Lord will give you wisdom as you call on Him.

Glyphosate in your body & the companies that promote it need to go!

Buy only non-GMO and organic food as much as you can. Read labels! Consider what and where you eat.

Because Roundup/Glyphosate contains crazy levels of heavy metals, consider TRS, (Zeolite Clinoptilolite) a safe Heavy Metals detox – to start removing toxins in your own body! You can read more about it here. 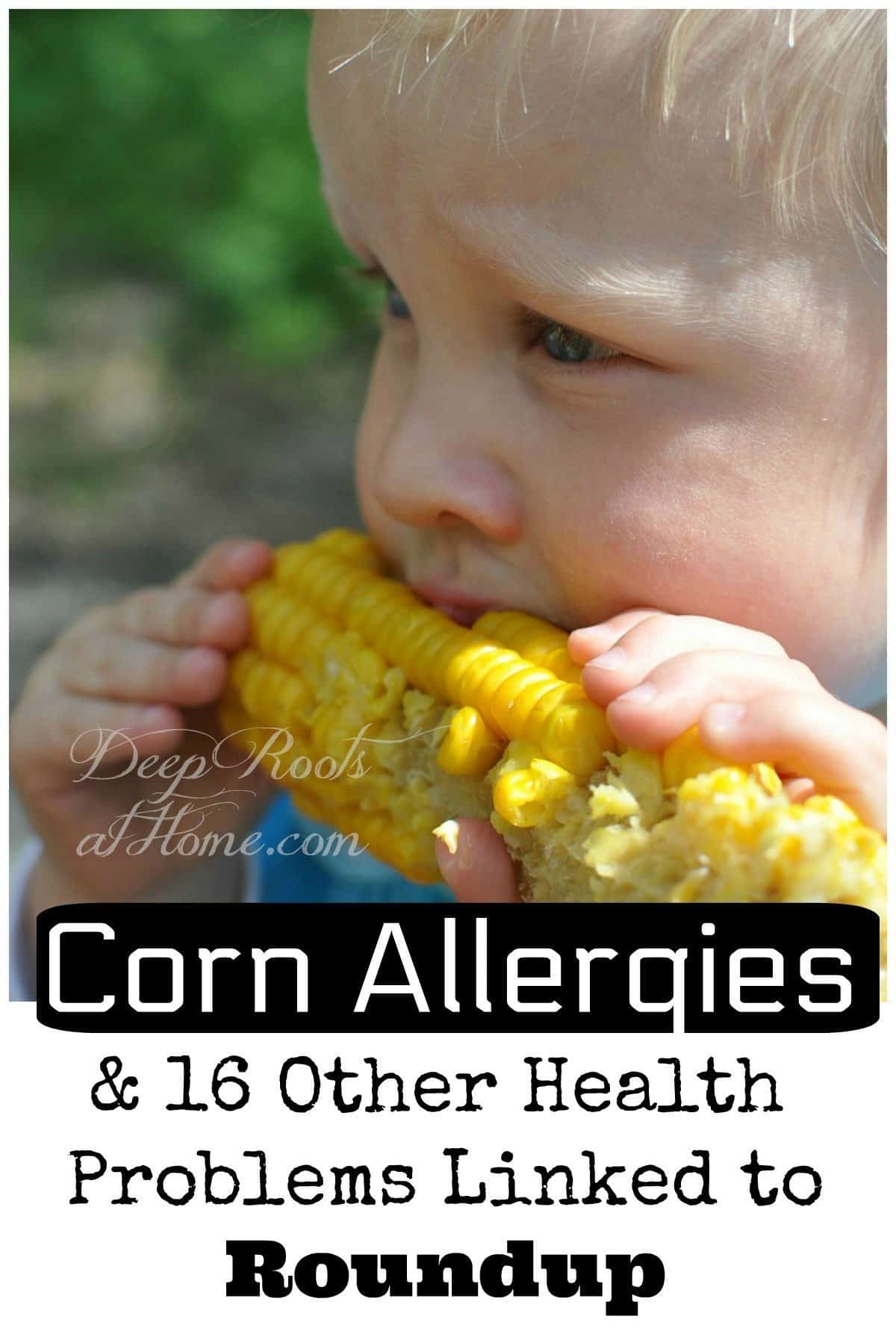 Share603
Telegram
Pin80
683 Shares
« Nettles Tincture Works Like Claritin for Allergies, Hay Fever, Pain
The AAP Says “No” To Tattoos But “Yes” To A Double Mastectomy? »