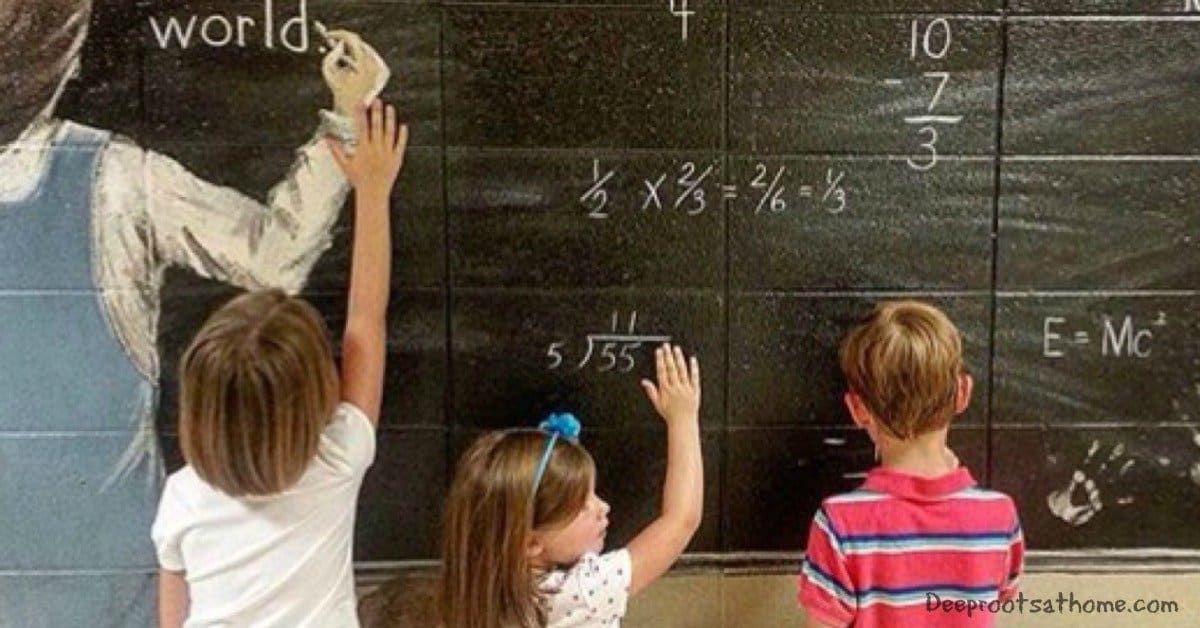 Maybe part of the “New Normal” should be the “Old Normal.”

In the last two weeks, lost among the coronavirus ruckus, some organizations have issued reports revealing the poor scores of our elementary and middle school students on standardized tests. From the Pioneer Institute comes a study showing the failures of Common Core in basic subjects like reading and math.

“Nearly a decade after states adopted Common Core,” said the Pioneer Institute’s Executive Director Jim Stergios, “the empirical evidence makes it clear that these national standards have yielded underwhelming results for students. The proponents of this expensive, legally questionable policy initiative have much to answer for.”

A few days earlier, the National Center for Educational Statistics revealed that the Nation’s Report Card, a report on eighth graders’ performances on history, geography, and civics tests, had delivered similarly dismal results, with most students failing to reach proficiency levels in these subjects.

What is wrong with this picture?

Because my public library is closed and I’m anticipating a move, I only have about 50 books at my fingertips, nearly all of which I have read. One of these is Frances Gray Patton’s “Good Morning, Miss Dove,” an idealized portrait of a stern but just elementary school teacher in a small post-World War II town. Several times in April I revisited passages from this novel, which I cherish both for the character of Miss Dove and for the formal prose of the author.

Here is a teacher of geography who has a firm grasp of child psychology, who maintains an almost military discipline in her classroom, and who drills information into her students. When she becomes ill, the townspeople, many of whom she taught as children, realize what a treasure they have in Miss Dove.

Reading about Miss Dove always brings to my mind my own elementary school teachers. I grew up in Boonville, North Carolina, population around 600, and attended Boonville Elementary School from grades 1-6. (There was no public kindergarten in those ancient times.) I remember the names and faces of my teachers, all of them women, all of them, like Miss Dove, no-nonsense personalities who held their students to rigid standards of behavior and who were firm believers in memorization and classroom drills.

In grades seven and eight, I attended Virginia’s Staunton Military Academy, a now defunct institution. There were twenty cadets in my seventh grade class, boys from as far away as Detroit and Manhattan, many of whom had attended prestigious private elementary schools. Yet at the end of that year – and I still own the medal to prove it – I won the award for academic achievement.

My point here is not to brag about some bit of ribbon and faux gold, but to bestow my deep appreciation on those small town women who prepared me for the academy. The basic education they gave me served me well then and throughout the rest of my time in school.

Here were three of their gifts to me:

The basics. Our classes were grounded in academic subjects, reading, writing, and math in the early grades, with history, geography, and science added as we advanced. Those women who taught me, now in their graves, would have been appalled to teach elementary school kids subjects institution as gender studies.

Memorization. Like generations before us, we learned by heart – I still love that phrase – so many things: poetry, multiplication tables, important dates in history, songs. Older parents who look at their children’s math books in 2020 surely scratch their heads and wonder why the kids don’t just memorize addition and subtraction facts instead of going through the new rigmarole.

That memorization often brought adventure to our education. My friend Johnny and I had to sing the “Marine Corps Hymn” in front of our fifth grade class, trying to control a case of the giggles while we paid homage to the Halls of Montezuma and the Shores of Tripoli. Another friend brought to class the skins of rabbits he had hunted and killed; he and I picked the fur off the dead rabbits over an outside barrel, dried the skins, and wrote out like medieval monks the prayer of St. Francis on that parchment, which we also memorized.

Respect for authority. During my six years in that school, I never heard a student “sass” a teacher. To do so would have brought down the wrath of the teacher, the principle – he was rumored to have an electric paddling machine in his office – and our parents.

Given the brokenness of families today compared to then, this is one element of life education that may have gone missing for good. Still, we could encourage in our young people the good manners essential to classroom learning.

Near the beginning of “Good Morning, Miss Dove,” we have this description of her classroom:

“And on that unassaulted field—in that room where no leeway was given to personality, where a thing was black or white, right or wrong, polite or rude, simply because Miss Dove said it was, there was a curiously soothing quality. The children left it refreshed and restored, ready for fray or frolic. For within its walls they enjoyed what was allowed them nowhere else—a complete suspension of will.”

To some readers, such a statement may smack of classroom totalitarianism. To the child I was long ago, that paragraph describes why I left Boonville Elementary School with an education.

What if instead of sticking our children with failed programs like Common Core we returned to what used to be Common Sense?

Cursive: Reasons It Is Still Relevant Today & the Science Behind It

Homeschool: A Healthier Environment For Children To Love Learning

“An intelligent heart acquires knowledge, and the ear of the wise seeks knowledge.” ~Proverbs 18:15 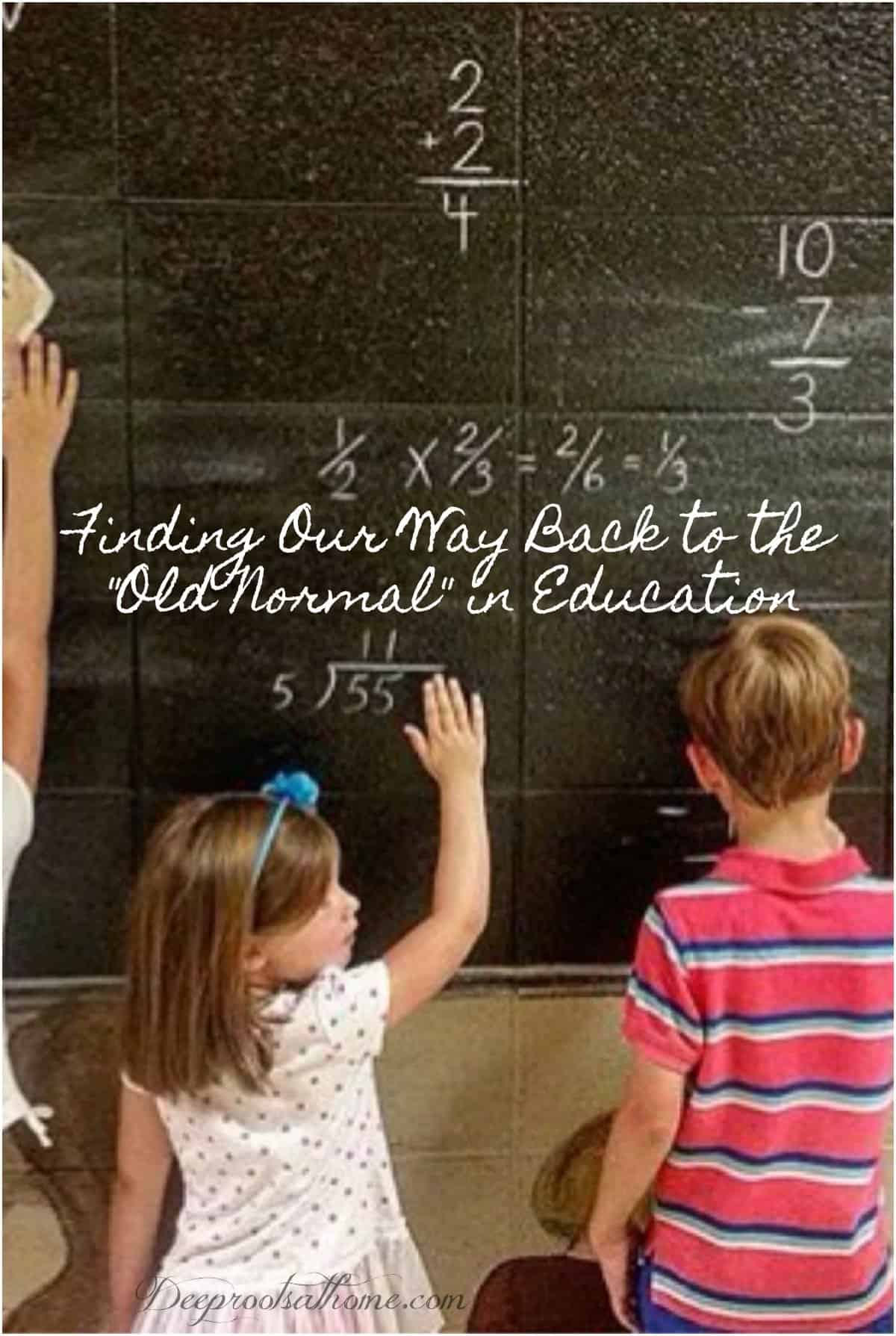 Jacque’s Update:Facebook and social media platforms are cracking down on Conservative/holistic health content. A good number of you have complained that you no longer see our content in your news feeds on social media. There’s only one way to fight back — and that’s by joining my FREE newsletter. Click here.

Share8.0K
Telegram
Pin136
8.2K Shares
« You May Not Have Any Say On What Happens To Your Baby
What You Need To Know About Ghost Surgeries: Jack’s Story »