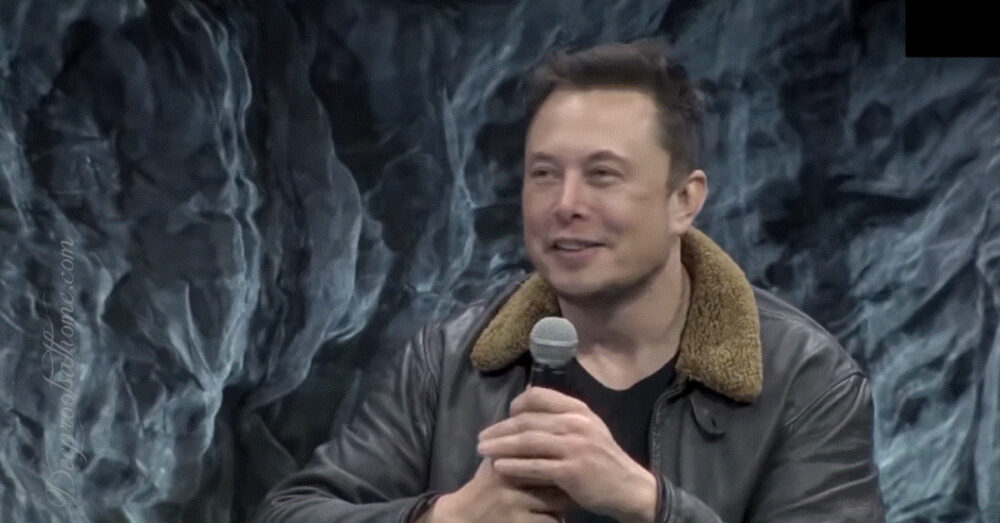 (Image source from this video)

Though I know little about Elon Musk’s true personal character, I am intrigued by two of the views he appears to hold: one on free speech and the other I’ll call ‘privacy’.

Monday Elon Musk, the CEO of Tesla and SpaceX, bought a 9.2% stake in the social media company. His shares dwarf that of former Twitter CEO Jack Dorsey, who has over a 2% stake in the company.

Musk, who has described himself as a “free speech absolutist,” now owns 73,486,938 shares of Twitter, according to the Securities and Exchange Commission, valued at $2.89 billion based on Friday’s closing price.

Listen to the first few minutes as Tucker Carlson explain why today is a good day for freedom.

The purchase comes after Musk consulted with The Babylon Bee and ran a public poll on Twitter on March 25 asking: “Free speech is essential to a functioning democracy. Do you believe Twitter rigorously adheres to this principle?”

“The consequences of this poll will be important. Please vote carefully,” he said in a follow-up tweet.

Twitter undoubtedly has a liberal bias. It suspended the Babylon Bee for jokingly naming U.S. Assistant Secretary of Health Rachel Levine as its “Man of the Year.” It censored Texas attorney general Ken Paxton for admitting that Levine and Penn swimmer Lia Thomas are men. Put simply, Twitter has massive influence over the speech that we see. Having a conservative opinion on the transgender issue gets someone punished and his or her speech labeled hateful.

Musk has warned that AI is more dangerous than nuclear warheads and ‘capable of vastly more than almost anyone knows’.

“This is a case where you have a very serious danger to the public… it needs to be a public body that has insight and then oversight to confirm that everyone is developing AI safely… and mark my words, AI is far more dangerous than nukes. Far. So why do we have no regulatory oversight? This is insane.”

But I don’t think we can trust this rhetoric.

Elon owns Neuralink and is behind the implanting of chips in brains to connect thoughts to movement- connected to computers. It’s a bad step toward the Mark of the Beast. Disguised as a platform for aiding disabled. It’s already been used and implanted in monkeys.

Warning to Us All

Personally, one of my biggest concerns with the plans of Klaus Schwab’s Great Reset is the invasive use of Artificial Intelligence (AI). The system of tracking and monitoring could be used to silence those expressing what elitists consider ‘dangerous’ political views, such as that ‘the great reset violates our God-given rights to life, liberty, and the pursuit of happiness.'”

AI will ultimately violate our human rights, our privacy, and especially unique human-ness as described in this creepy, chilling video.

Transhumanism is where technology is melded and is inseparable from humans.

Transhumanism therefore requires “the destruction of “the Judeo-Christian morality, which is based on absolute principles and values.” (source)

Elon Musk and Ray Kurzweil (Google) are big proponents of going from human 1.0 to 2.0.

It is precisely the aim of the Great Reset, promoted by German economist Klaus Schwab, CEO and founder of World Economic Forum (WEF), along with billionaire “philanthropists” George Soros and Bill Gates and other owners, managers, and shareholders of Big Tech, Big Pharma, and Big Finance who meet at the WEF retreats at Davos, Switzerland. (source)

Transhumanism is far from a benign doctrine. Rather, it is at complete enmity with Christian ethics.

Transhumanists take science as their religion and believe in a philosophy of “absolute relativism” that claims that individuals can change reality at will, and they seek to “relativize the human being” and “turn it into a putty that can be modified or molded to our taste and our desire and by rejecting those limits nature or God have placed on us.” (source)

It will be interesting to see who Elon Musk really is in the months/years to come. I for one will look to God for help, not a man.

Read more about AI and 5G (which is part of it) here: Is “Slow the Spread” 2.0 a Beta Test for AI Facial Recognition? and How I Wish It Were Mr. Rogers Coming To Our Neighborhoods! And we are largely unwitting participants: “Databit x Databit, We’re Building Our Own Electronic Concentration Camps.”

“Beloved, do not believe every spirit, but test the spirits to see whether they are from God, for many false prophets have gone out into the world.” ~1 John 4:1