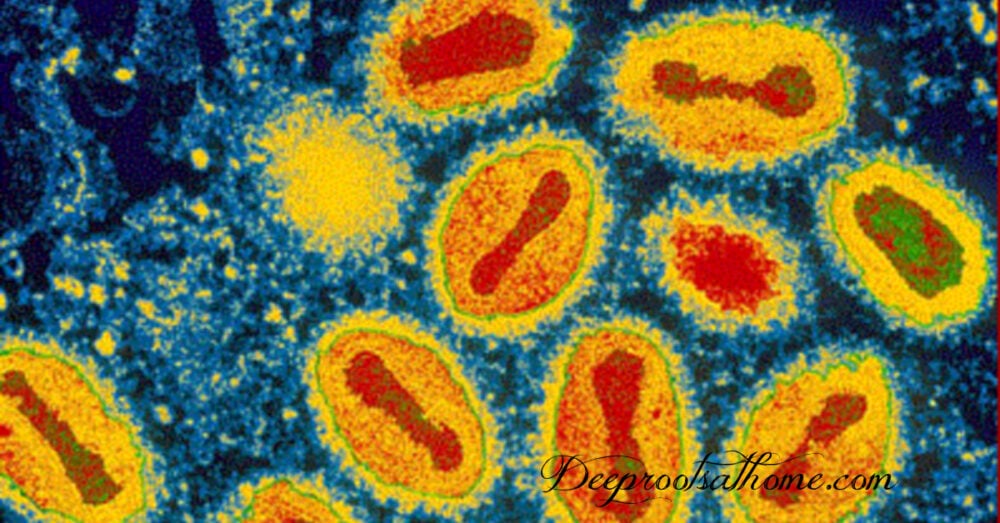 June 6, 2021, FDA fast-tracked approval for Tembexa – a drug to treat smallpox.  WHY?  I would say they are preparing for something, and that same FDA press release states, “..smallpox, the variola virus, could be used as a bioweapon”.

[This almost feels too unbelievable to write about, but it would be wise to prepare in some way, so I have been researching and share with you my natural finds below.]

Natural News states, “The good news is that the vaccine mandate is almost certainly going to be struck down by the Sixth Circuit Court of Appeals. This will hand the administration a crushing defeat in attempts to mass vaccinate the American people via “vaccine” bioweapons.  The bad news is that once the vaccine mandate is struck down, globalists will be forced to resort to their next devastating strategy to achieve their goals of genocide and depopulation. It looks like their next weapon is going to be Marburg, Ebola or Smallpox.”

“Smallpox is the most likely choice because it is extremely contagious and almost no one has immunity against it.  Bill Gates has repeatedly warned that America should be ready for a smallpox terrorism attack targeting US airports. When Bill Gates warns about something like this, it’s usually because globalists are planning to carry it out.

Whether you choose to believe this is up to you.

“Yahoo News reported in November that 15 vials labeled “smallpox” were discovered in a Merck laboratory, in violation of US law. In the continental United States, only the CDC’s facility in Atlanta is authorized to store smallpox vials.

So what is Merck — a vaccine manufacturer — doing with smallpox vials?

“You wouldn’t be totally crazy to suppose they’re working on the next big bioweapons release to generate another wave of profits from smallpox vaccines.

“The effect of a deliberate smallpox release would be a covering up of covid vaccine deaths, which are already beginning to wildly accelerate.”

You will be able to tie numerous events now taking place together, and listen to the telling words spoken at the very end.

3 minutes.  Turn down the sound.

“In the nineteenth century, smallpox ravaged through the US and Canada. A botanical preparation, derived from the carnivorous plant Sarracenia purpurea, was proclaimed as being a successful therapy for smallpox infections. Our work demonstrates Sarracenia purpurea as the first effective inhibitor of poxvirus replication at the level of early viral transcription.”

Recorded history goes on to say,

“In the late 1800’s, the Micmac Indians of Nova Scotia proclaimed the existence of a botanical-based remedy for smallpox. Herbert Miles, the Assistant Surgeon to the Royal Artillery, reported that during an outbreak of smallpox “an old squaw going amongst them, and treating the cases with (a botanical) infusion…was so successful as to cure every case”. This botanical infusion was later described as being derived from the carnivorous plant, Sarracenia purpurea [1], [2].

“In 1892, Charles Millspaugh described that the Native Americans of eastern North America used S. purpurea as a poultice against smallpox and it provided “the greatest remedy known for the dreadful scourge”. It was found that S. purpurea “seemed to arrest the development of the pustules, killing, as it were, the virus from within, thereby changing the character of the disease and doing away with the cause of pitting” [4].

“S. purpurea, also known as Indian Pitcher Plant, ranges from Labrador to Florida along the Atlantic seacoast and westward to Wisconsin and Minnesota [13], [14]. S. purpurea is an insectivorous bog plant, the leaves of which form cups and become filled with water to capture insects. 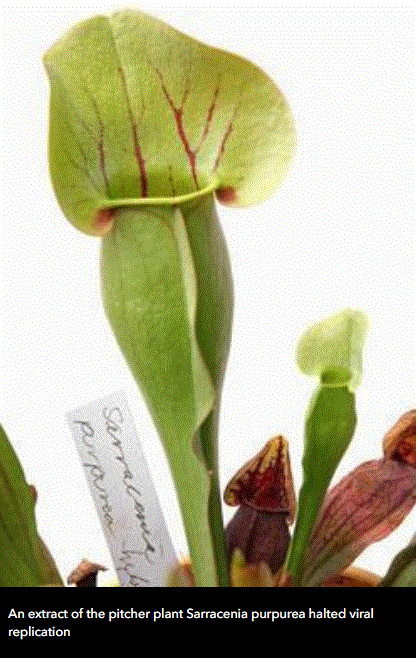 The remedy went largely forgotten for the next century. But in 2012, researchers at Arizona State University took a fresh look at the old remedy and conducted in vitro experiments with a Sarracenia extract. They found that it inhibited the replication of the variola (smallpox) virus.

The study, published in the journal PLOS ONE, concluded that “S. purpurea is the only known therapy that will target the virus at this point in the replication cycle.”

Writing in Chemistry World, researcher Langland says, “There is much scepticism on herbal medicine but what our results illustrate conclusively is that this herb is able to kill the virus and we can actually demonstrate how it kills the virus. It takes this herb out of the realm of folklore, and into the arena of true scientific evidence.”

12 Natural Remedies and Herbs for Smallpox & How To Administer

The smallpox herbs include: 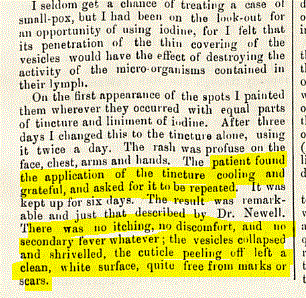 You can print material on smallpox to add to your preparedness binder. >> Useful resources for this article are a 2012 listing of useful herbs for smallpox (including patient care) and Dr. Christopher’s Herbal Legacy on Smallpox.

A few other COMMON-SENSE additions to gain an advantage. Besides storing up food with shelf life and having a good water supply and medical supplies, here more ways to prime your immune system (in descending importance):

Find a primer of basics on Smallpox here.

“Fear not, for I am with you; be not dismayed, for I am your God; I will strengthen you, I will help you, I will uphold you with my righteous right hand.” ~Isaiah 41:10